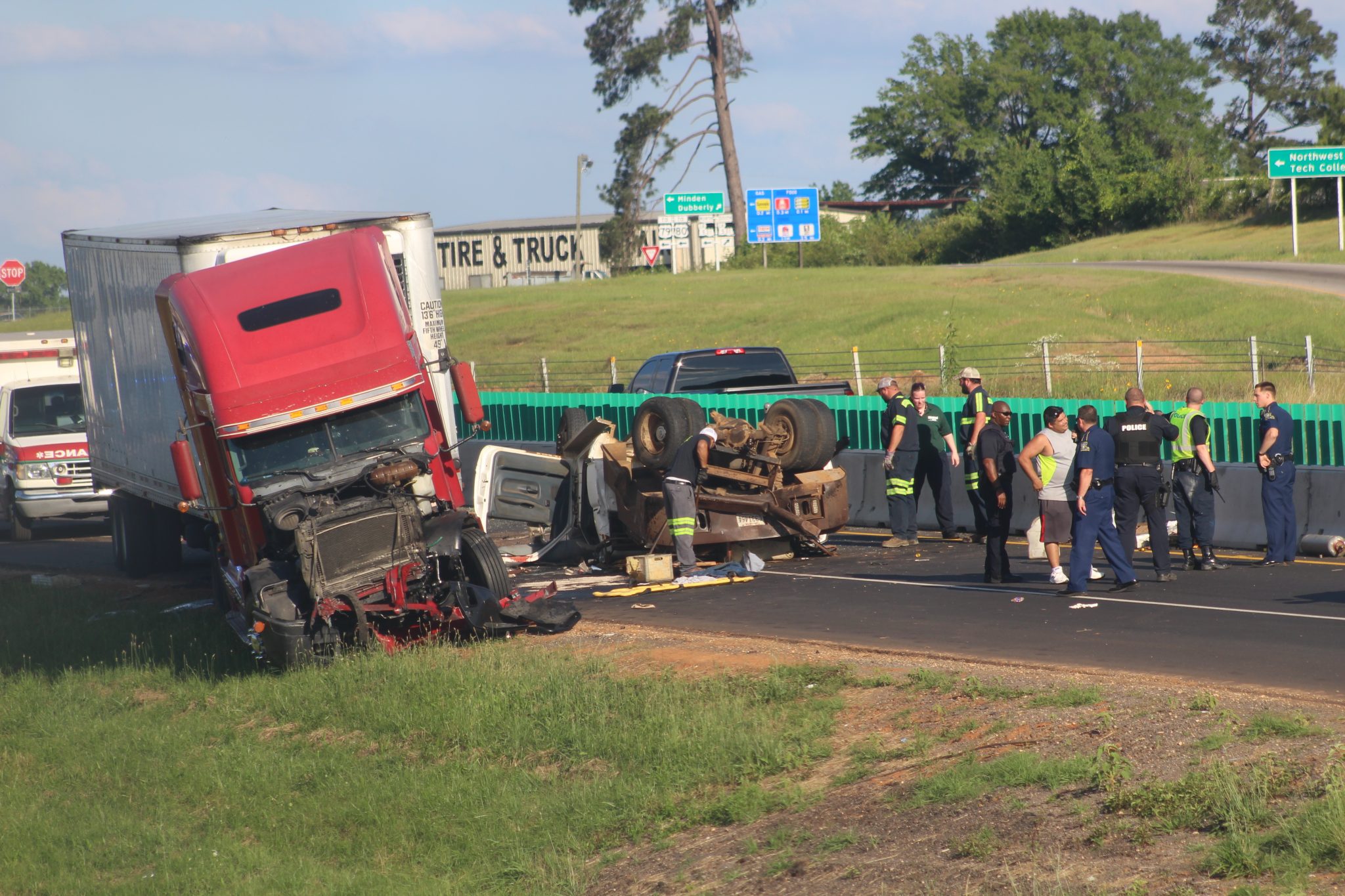 The driver of a truck involved in a crash on Interstate 20 at exit 49 was airlifted with unknown injuries Tuesday. As of press time, authorities haven’t released details on the crash or the status of the driver. The driver of the tractor-trailer was seen walking around the crash site following the crash. Traffic backed up through town as Minden Police, Webster Parish Sheriff’s Office, along with Louisiana State Police shut down both east and west bound lanes of the interstate to allow air medics to land.