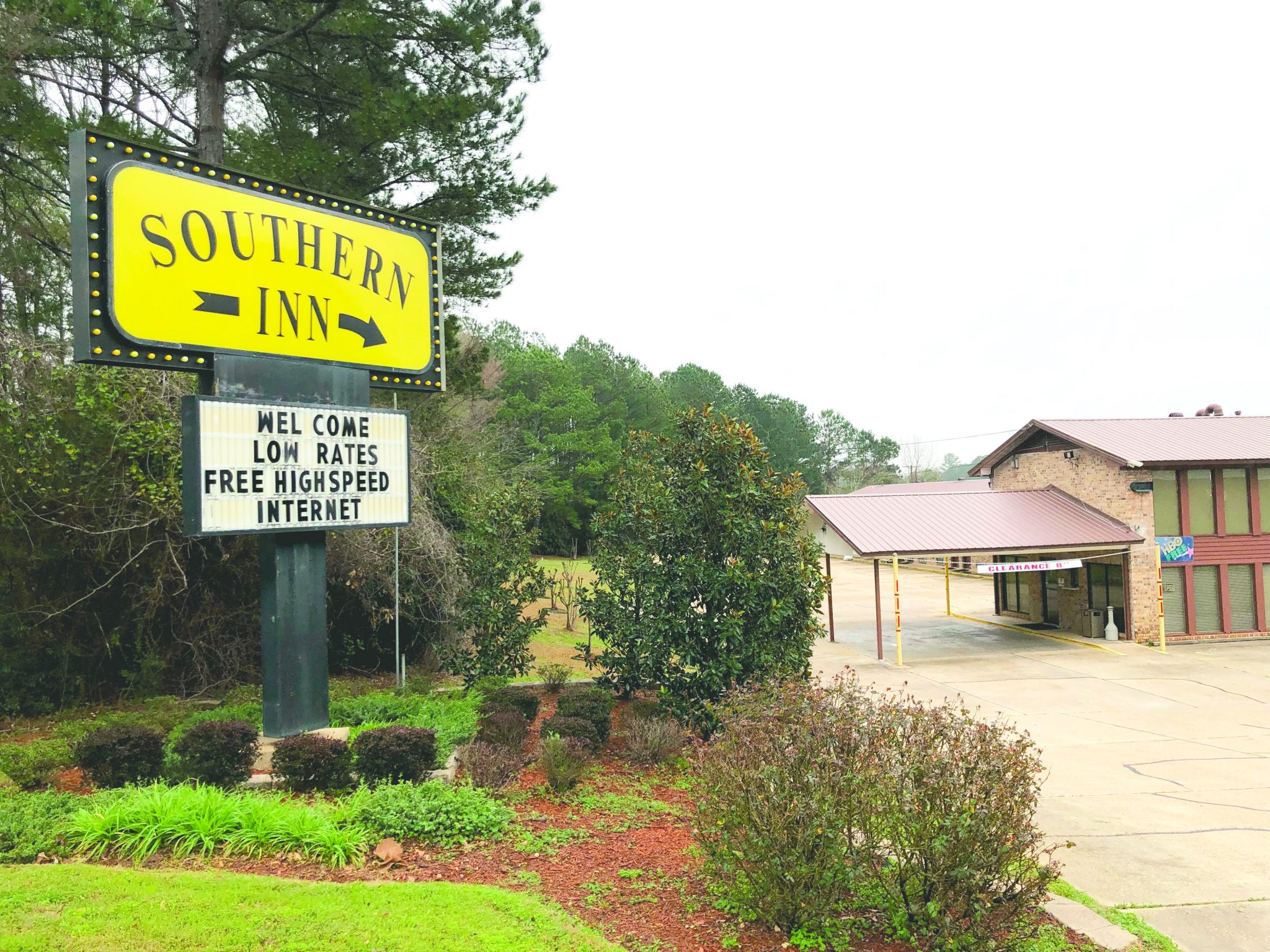 A standoff with law enforcement occurred Thursday morning at the Southern Inn Motel. At about 2:30 am police were called to the motel for a disturbance inside a room between a male and female.

When a Minden Police Officer arrived, the female subject had all of her belongings packed outside of the room. The male ran and slammed the door to the bathroom when the officer arrived.

When the officer attempted to make contact with the male, he opened the door and showed the officer an AR-15 rifle.

At that time the officer called for backup. The Webster Parish Sheriff’s Office and State Police arrived at the scene soon after. The State Police also called in a negotiator.

The male subject was violent within the room, yelling and breaking property. He also stuck the rifle through the door, making holes in the door.

After about three and half hours, the male left the bathroom peacefully and turned himself in.

It was later found that the female subject was in possession of a stolen AK 47 rifle wrapped in clothing inside of the bathtub of a neighboring room. The rifle had one live round in it. After placing the female under arrest, police found methamphetamine, marijuana and hashish in her possession.

The male subject injured himself in the ordeal and was transported to Minden Medical Center.

Joshua Makowsky, 28, of the 2400 block of Military Road in Ringgold was charged with Aggravated Assault of a Peace Officer, Criminal Damage to Property, Disturbing the Peace and Illegal Possession of a Stolen Firearm.

They were both were booked and transported to Bayou Dorcheat Correctional Center.