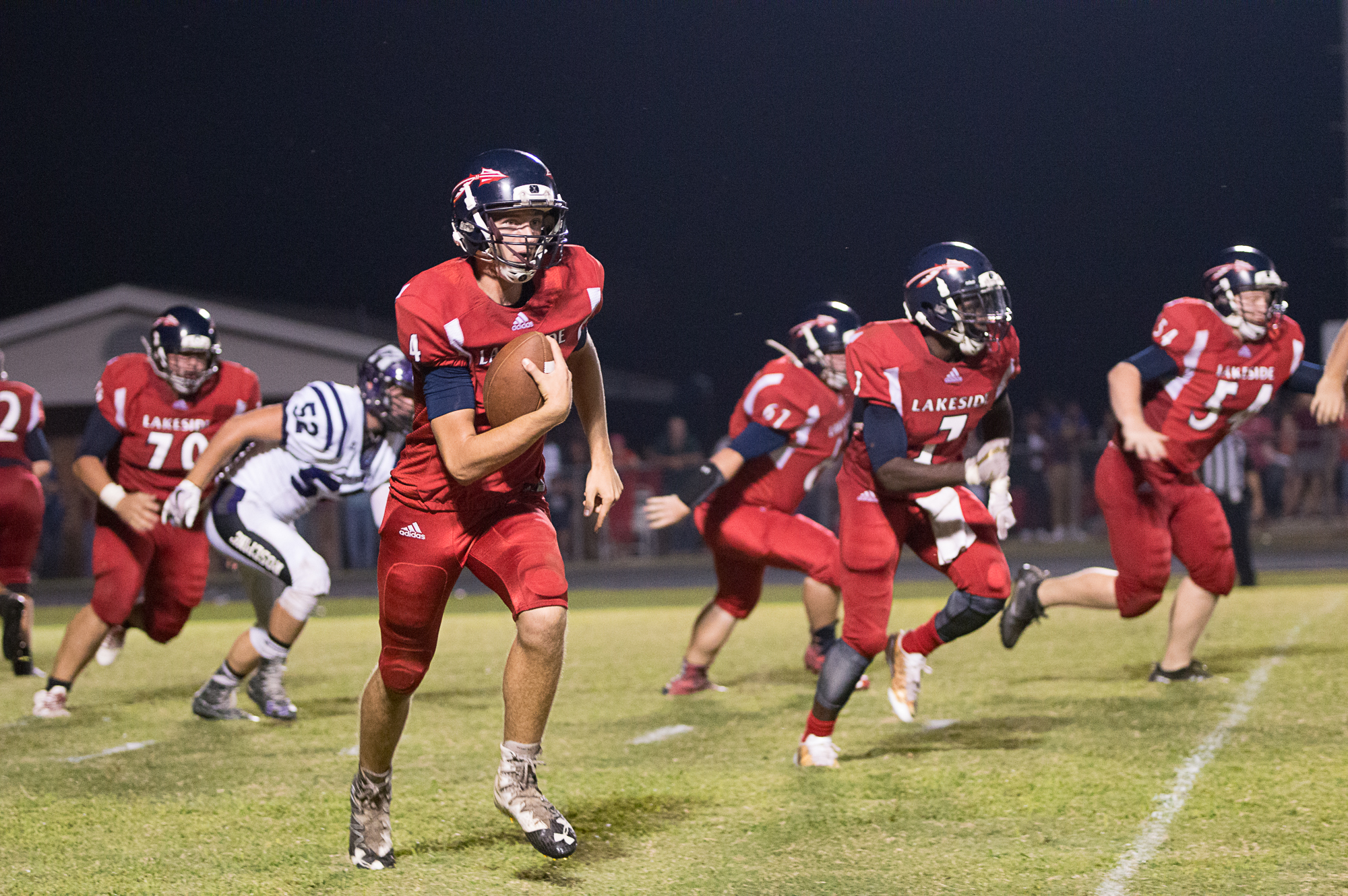 JONESVILLE – The Lakeside Warriors didn’t need to be explosive on offense Friday against the Block Bears.
Efficient was enough.

The Warriors (4-1) used their athleticism to rally past the Bears after a sluggish first quarter, eventually running away from their counterparts for a convincing 41-12 bounce-back victory following their first loss of the season to Rosepine.

It wasn’t the type of high-voltage statistical output that Lakeside had been used to through the first four games of the season, as up-and-coming sophomore quarterback Jordan Preuett was 10-of-15 for 95 yards passing. The Warriors were able to control the game on the ground, carrying 26 times as a team for 157 yards, good for an average of 6 YPC and 4 TDs on the night.

The Lakeside defense did their job and then some, stifling the Bears throughout the evening, finishing with five sacks as a unit.

Preuett got the Warriors on the board first with a 50-yard rushing touchdown, followed by a 35-yard carry for a score from Brian Jackson Jr. only five minutes later.

Leading 13-12 at the break, Jackson scored his second TD of the game to begin the second half. The Warriors recovered an onside kick and Preuett quickly went to work, finding Dalton Crumpler for a 12-yard touchdown pass.

Chase Mitchell hauled in a 20-yard touchdown from Preuett to put the game out of reach near the end of the third quarter, but Logan McIver would find paydirt on the ground to add the exclamation point to the victory.

Lakeside will be at home this week for their district-opening tilt with the North Caddo Indians.