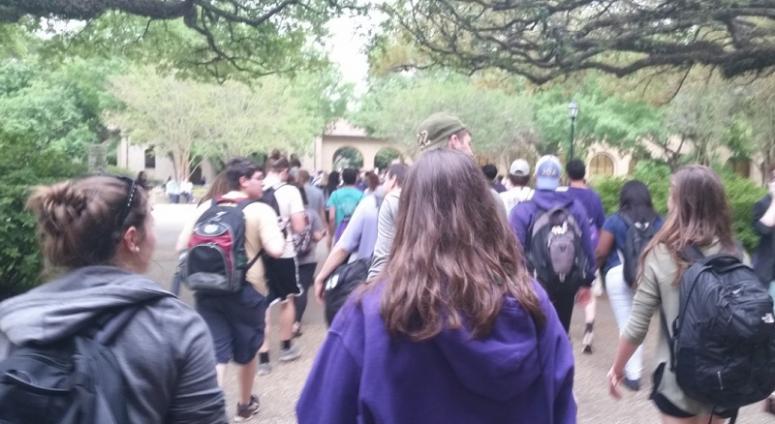 BATON ROUGE — After years of enrollment declines amid repeated budget cuts, Louisiana’s university systems are reporting an uptick in their student counts this year.

The Advocate reports that enrollment figures from the LSU System, University of Louisiana System and Southern University System show a 1.3 percent increase in student count across their campuses, with a total of 150,955 students attending their universities.

The growth comes after enrollments statewide dropped each year for the prior seven years, a 6.6 percent reduction, according to numbers compiled by the Board of Regents.

LSU’s flagship campus in Baton Rouge counted 751 fewer students this year, a 2 percent drop, with 30,099 in its headcount. Southern University had about 2 percent more students on both its New Orleans and Baton Rouge campuses.

Louisiana’s public universities take a census of full-time and part-time students on the 14th day of classes, but the official numbers won’t come until the end of the semester. The reports are submitted to the Board of Regents, which oversees all of the state’s public higher education.

“While the increase is not significant, it does give indication that we are on the right path,” Belton said. “What is encouraging about these numbers is the increase in the first-time freshmen at the university, such that we will continue to invest and to shape strategies that will prove to fulfill our enrollment aims.”

While LSU’s main campus saw a decline, the system as a whole — with its campuses in Alexandria, Shreveport and Eunice and medical schools in New Orleans and Shreveport — saw an overall increase.

LSU System President F. King Alexander last month blamed the decline in enrollment on the flagship campus on the lack of stability caused by continued cuts to state financing for higher education. About $700 million has been stripped from campuses over the last nine years.

The University of Louisiana System, which has nine four-year universities, grew about 1 percent from 90,439 students in the fall of 2016 to 91,501 in the latest census.

UL System President Jim Henderson agreed with Alexander that budget cuts “threatened our competitiveness” over the past decade.

“We had to spend our focus on how we were going to cover the funding cuts,” Henderson said. Now, he said, “we have been very purposeful in our recruiting.”