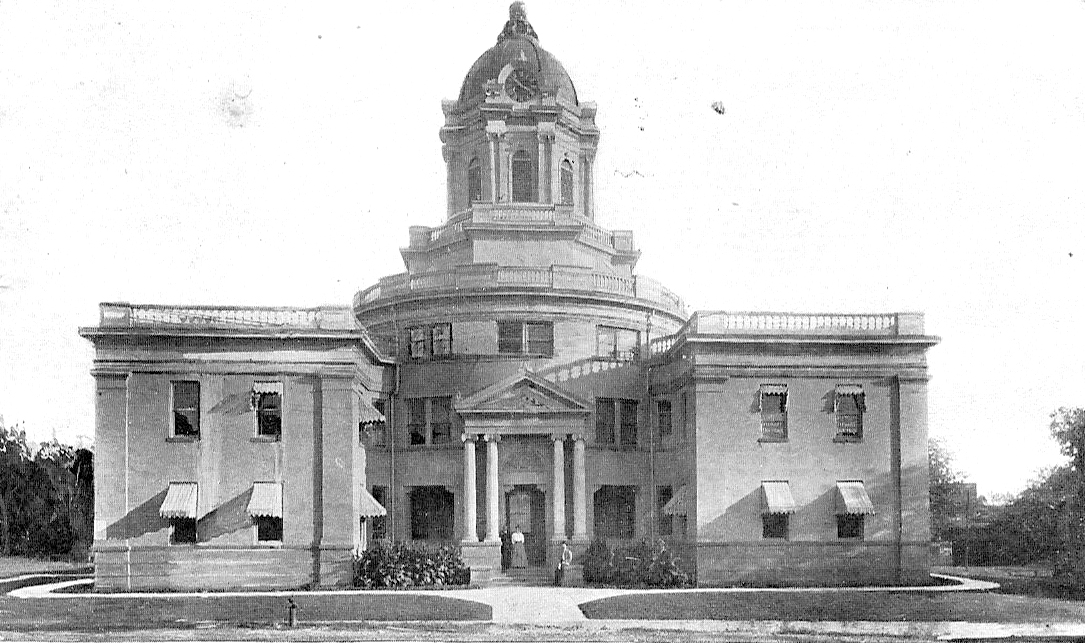 Two weeks ago my column included an account of Minden written in 1850. Today’s Echo will include two more profiles of our community appearing in newspapers of Louisiana. The first brief comment is an assessment of Minden from a local resident and “booster” in 1852. The second was written by a visitor to our town in 1905.

In March 1852, Jasper Blackburn, the editor of the Minden Herald, who was mentioned in an earlier column, was visiting in New Orleans and stopped by the offices of the New Orleans Picayune. That visit resulted in the following item in the Picayune of March 17, 1852:

“Our friend, the editor of the Minden Herald is at present in the city as will be seen from the communication below. We thank him for his kind wishes towards ourselves, and sincerely hope that all of his anticipations for Minden in future may be realized to the full.

“The Minden Herald tells us that that place is rapidly improving. We hope that both the town and the Herald may prosper, passlbus equis.”

“Thank you, gentlemen, for myself and in behalf of the citizens of North Louisiana generally; as you say of Minden, and of the Minden Herald, so may it be with New Orleans and with the New Orleans Picayune. Minden, which is already the “oasis” and the “green spot” of North Louisiana, is rapidly improving, and is destined, ere long, to judge from present indications, to be not only a town of fine breezes, crystal fountains, pleasant shades, pretty commons and sweet babies, but also a city of commanding commerce; and when Minden becomes connected with the great Mississippi by a railroad leading through her midst, on by Shreveport, and thence to El Paso, ad infinitum – then, I say, shall her beauties and natural advantages be more appreciated.”

Of course, some of Blackburn’s dreams did not come true. At the time of this writing, the Vicksburg, Shreveport and Pacific Railroad was laying out plans for its track across North Louisiana.

In 1855, when Blackburn was serving as Mayor of Minden, the railroad company made preliminary indications it would pass several miles to the south of Minden, going through the community of Lanesville.

The coming of the Civil War, made that a moot point for more than two decades. Construction of the railroad stopped at Monroe before the war and would not be resumed until 1884. At that point, the railroad made a firm decision to bypass Minden. The local economy was only saved by a company of local businessmen who constructed a branch railroad to connect with the main east-west line. That story will be covered in a future column.

The second article was a profile of Minden written for the New Orleans Picayune on January 22, 1905.

This was during the building boom in Minden sparked by the arrival of the Minden Lumber Mill of the Bodcau Lumber Company and the connection of Minden directly to Shreveport, on a railroad line constructed and financed by F. H. Drake of Minden. Here is that account:

“Minden, the parish seat of Webster Parish, is probably the oldest town in the hill country of North Louisiana. More than three-score years ago there was a settlement, not far from the present site of Minden, called Overton. This place was near the Bayou Dorcheat, and it was not long before the people discovered that their settlement was subject to overflow from the bayou. This, in connection with the fact that the neighborhood was unhealthy led to a movement which resulted in the founding of Minden. The new town was named by Mr. Charles Veeder, a Prussian, after the Minden of his fatherland. At this time, and for many years afterward, Indians inhabited this section. Some of Minden’s present citizens can recall their redskin neighbors of bygone years. A reminder of those days, an ax head fashioned out of stone by Indians, was recently picked out of the gravel used in building the new Courthouse, under the eyes of your correspondent.

“The chief natural attraction of Minden, aside from the natural attractiveness of its citizens, lies in the beautiful trees and shrubbery possible only to a town of Minden’s age. Stately trees line the picturesque streets, or, grouped into groves, form a most pleasing feature of the landscape. The park extending through the main business street has no counterpart in this section of the State. With this aesthetic environment one would expect the businessmen of Minden to be free from some of the objectionable characteristics which mar the businessmen of some other places not so favored, and so it is.

“Around educational centers the people are always noted for their culture and refinement; the older the center, the more noteworthy is this fact. Minden enjoys unquestioned pre-eminence in this respect. Knowing its citizens, one might infer that the town has been blessed with excellent school facilities for several generations. Or studying the history of the town, one might expect to find its citizens endowed with just such traits as they are known to possess. The old college facilities afforded an intellectual armamentarium from which hundreds of Minden’s young women and many others, took their equipment for the activities of life; many communities besides Minden owe most of what is best in them to the influence of this honored institution.

“The Minden High School, which is a successor to the old College under the management of Professor Dudley and his efficient faculty is doing a splendid work. The student body as present consists of about four hundred pupils. With improved facilities in the way of building and equipment, of which the school is very much in need, and of which it is eminently worthy, there would be scarcely any limit to its usefulness. May the enviable prestige which Minden has won as an educational center be amply sustained by the erection of school buildings commensurate with that prestige, with the needs of the children and with the dignity of the citizens.

“Minden is putting in a system of water works to cost $40,000. It has electric lights. The drainage of the town is good. An oil mill, a cotton compress, an ice factory, a brick yard, a saw mill, a handle factory, etc., are some of the industries that flourish in the town. The saw mill of the Minden Lumber Company has drawn many people to the town; in the immediate vicinity of the mill a populous community has formed. The handle factory operated by the Minden Hardwood Factory of which Mr. T. W. Brooks is manager, does a large business. It turns out handles for axes, adzes, hoes, hammers, hatchets, cant hooks, etc., and has a capacity of 100 dozen a day. The product is shipped to New Orleans and various points in this state and much of it finds its way to neighboring states. The situation of Minden on the Louisiana and Arkansas road at a distance of only six miles from the Vicksburg, Shreveport and Pacific Railroad, is especially favorable for the shipment of all products into adjacent and remote territory.

“An elegant new courthouse is in process of building. It is expected to cost about $60,000 and will be a thing of beauty as well as utility. A new Methodist Church is in contemplation, the energetic pastor of the Methodist congregation, Rev. T. J. Warlick, having perfected plans whereby the success of the enterprise is assured. Several new residences have recently been finished are or almost finished. Among these may be mentioned the beautiful home of Dr. Harrell and Messrs. John McDonald, T. Crichton and others.
“The Bank of Webster is doing a thriving business and the general condition of the commercial interests of town and parish is all that could be desired.

“Minden is the home of the Webb Press Company, whose compresses are used almost universally throughout the South. The officers of the company are S. J. Webb, President; J. Y. Webb, Vice-President; Robert D. Webb, Secretary and Treasurer. In conversation with the last-named gentleman, your correspondent learned that the company has recently perfected an attachment for their regular steam lever compress by means of which a square bale having much greater density that the ordinary bale is turned out. In the thirty-six-foot car, 100 of these square bales may be packed, where twenty-five of the ordinary ones are usually placed. This gives a clear idea of the difference in density between the new and the old bales and is an indication that within a very short time the square bale will be adopted as the standard. – C. H. Carbon, Jr.”

Accompanying this article is a picture of the “new” 1905 Webster Parish Courthouse, which many remember from its service as the Minden City Hall from 1953 – 1970 after the present courthouse was constructed in City Park. These two descriptions of our community from long ago and more echoes of our past.