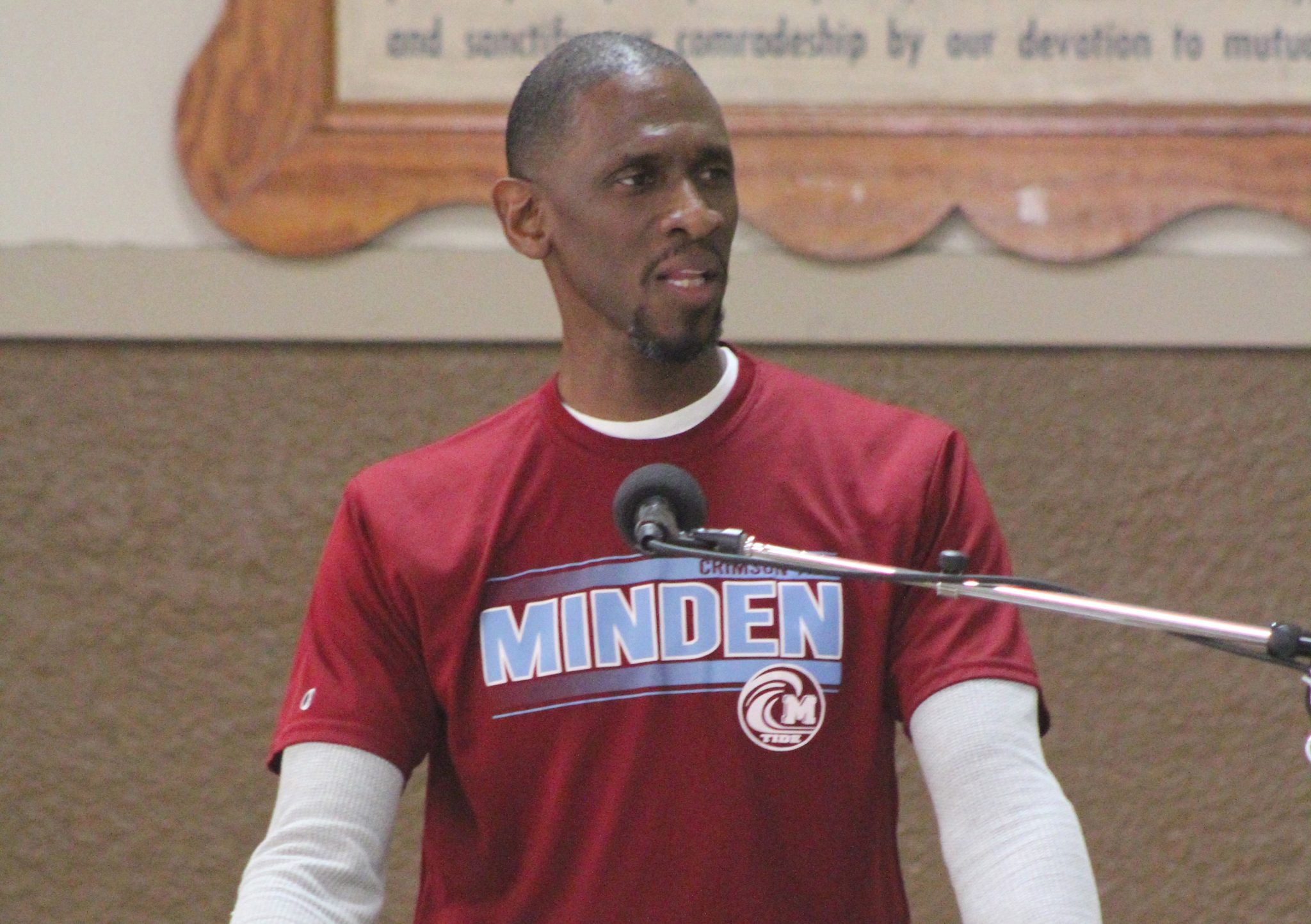 Head coach of the Minden Crimson Tide, Rennie Bailey, spoke to the Minden Lions Club Thursday afternoon on a variety of topics.

Bailey, a Minden native who played for the Crimson Tide and then collegiately at Louisiana Tech, addressed the mostly-full American Legion Hall of Lions on his days as Crimson Tider, the men who influenced him as person and player, his faith and his Minden team, which currently is playing some pretty good basketball.

“Where we started out, I never thought we’d be 8-6 right now,” Bailey said. “The team is getting better. The guys are working hard and accepting coaching.”

Bailey played at Minden in the late ‘70s before signing with Tech and eventually being drafted by the Detroit Pistons.
Bailey’s believes he’s been called to serve his community the best way he knows how, as coach in his home town.

“It’s special to me,” Bailey said. “I’m proud to be from Minden and of what Minden represents.”

I feel like this is where God appointed me to be and where he wants me to be, so I’m going to the best I can. I think that’s called obedience.”

Bailey wrapped up his address by talking briefly about his team. The Tide have won 6 of 7 games and are currently in action at the Minden Holiday Classic.

Bailey said he hopes for a Minden/Summerfield tournament final, which would pit him against fellow Minden alumni, Randy Carlisle and the defending champions of Class C.