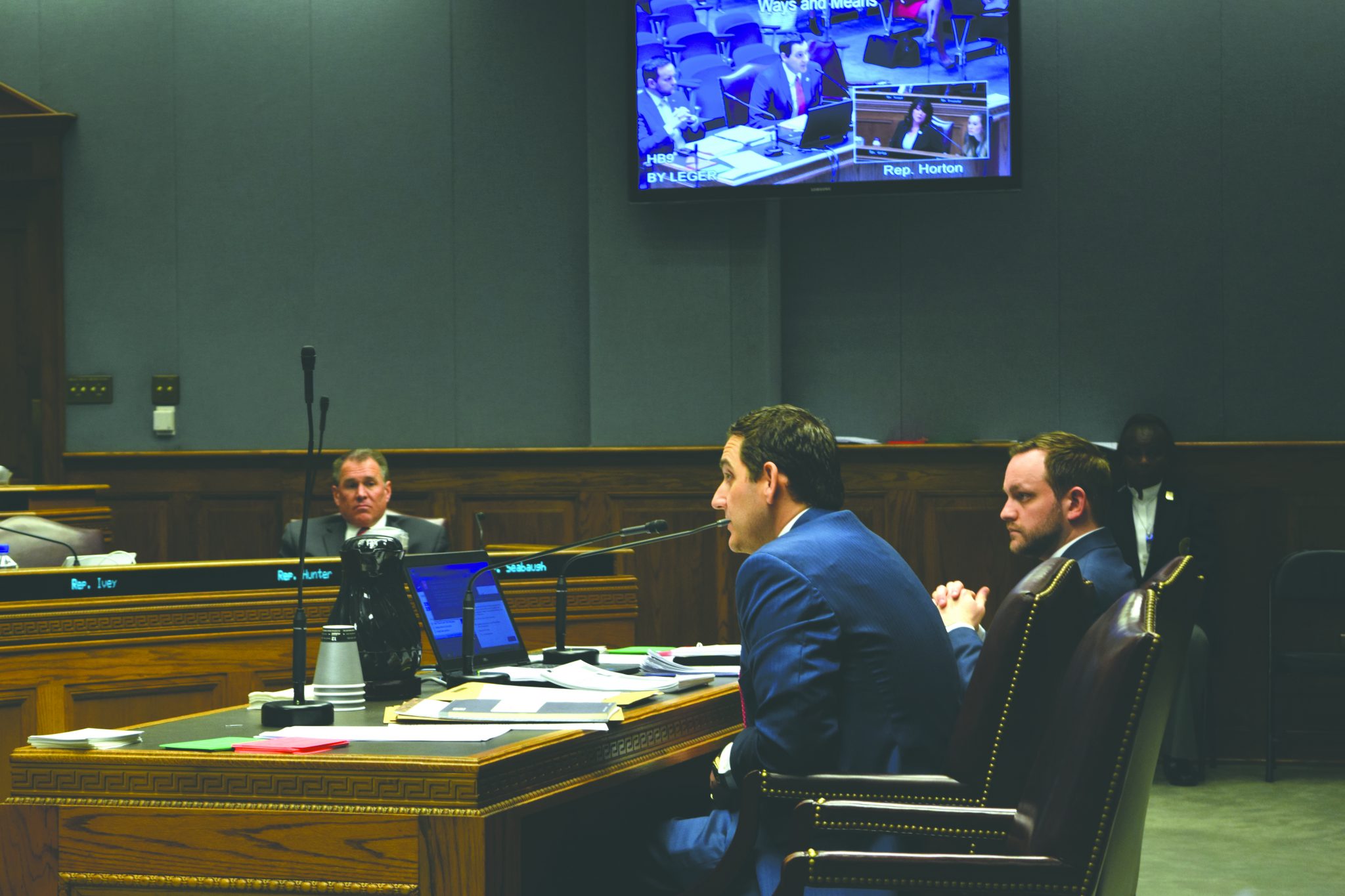 BATON ROUGE–Discussion heated up at Tuesday’s House Ways and Means Committee hearing, as legislators expressed frustration over the inability of their colleagues to reach an agreement on how to deal with the state’s projected $1 billion budget shortfall.

While the lawmakers agreed that revenue-raising measures are necessary to lower the deficit, many were reluctant about to publicly offer tax proposals, including their own. Both Republicans and Democrats said that while they did not want to raise taxes or reduce deductions, they also knew it was their responsibility to start the negotiation process.

“No matter how many ways you ask, I’m filing this bill to give you guys exactly what you asked for,” said Rep. Ted James, D-Baton Rouge, who proposed cutting the state deduction for people who are well off enough to itemize deductions on their federal returns.

“Heck, I might not even vote for my bill in the end,” said Rep. Kenny Havard, R-St. Francisville, in reference to his proposal to limit sales tax exemptions.

Gov. John Bel Edwards called the special session, which began Monday, in hopes of reaching an agreement with the Legislature to avoid cutting $1 billion in spending–cuts which would mostly fall on health care and higher education–when a temporary additional penny of sales tax expires this summer.

Most of the 19 bills being considered by the committee discussed changes to individual and corporate income tax deductions and sales tax exemptions. The committee did not vote Tuesday on any bills. But it accepted multiple amendments, several of which will require updated budget analyses by the legislative analysts.

Havard proposed a bill that would remove certain sales tax exemptions, known as “cleaning the penny.” The bill also would reduce the tax exemption on business utilities by one percent.

But Rep. Barry Ivey, R-Baton Rouge, countered that tax exemptions have encouraged businesses to come to the state, bringing in millions of dollars in revenue and thousands of jobs. He said the bill might discourage companies from investing in Louisiana.

“Going for the low-hanging fruit and picking on businesses, I believe, is the reason companies like Exxon are taking a shorter look at Louisiana and why we’ve lost projects to states like Texas,” Ivey said. “I appreciate your intent, but the policy nature is pretty destructive in my opinion.”

Havard responded that the fiscal cliff “is something that we’ve been dealing with. Every year it’s been the same old, same old–we have to do something. I’m to the point where we either raise revenue or we cut.”

Sounding annoyed, he added: “Put it on the table, and I’ll vote to cut the $1 billion right now. Or we need to shut up, quit pandering with the political rhetoric and raise the revenue. I don’t like the bill. But it’s all I have to work with.”

James authored a bill that supported the governor’s proposal to slash the state deduction for individual federal itemized deductions to 50 percent from 100 percent. This bill, like others supported by the governor, came straight from bipartisan budget task force recommendations, but faced criticism from several Republicans.

“Generally, do you think raising income taxes on working people is a good idea for the future of Louisiana?” Rep. Alan Seabaugh, R-Shreveport, asked.

“You guys said you wouldn’t increase revenue without real tax reform,” James responded, “so I filed this bill to give you guys exactly what you asked for and follow the recommendations of the task force.”

Rep. Walt Leger, an Edwards ally, introduced similar legislation, including one bill that would increase income tax rates for individuals making over $12,500 and also reduce the state deduction for the federal itemized deductions to 50 percent.

Leger, D-New Orleans, said his bills, which also came from the task force report, were designed to offer the Legislature as many options as possible.

“This state and local government, we are all too reliant on the sales tax as a matter of revenue,” Leger said. “This bill, in a holistic approach, along with other bills that have been and can be filed, are the ways for us to have a system that is more like a North Carolina or a state that we would like to emulate.”

Rep. Patricia Smith, D-Baton Rouge, also proposed a bill to repeal the state sales tax holidays–for guns sales, school supplies and hurricane preparedness–to generate an estimated $5.5 million. Smith said she would be open to just combining all these of these holidays to the same weekend, an option Republicans seemed to favor.

“I want to provide some opportunity for revenue for the cliff that we are facing,” said Smith.

The legislation would make permanent the temporary reductions in individual income tax credits for taxes paid in another state, which would raise an extra $34 million a year, and reduce the value of tax incentives offered to businesses that bring jobs to Louisiana.

Sen. Jean-Paul Morrell, the committee’s chairman and author of the legislation, said the heavy-lifting of correcting the state’s budget deficit would fall to the house.

“The reality is all significant revenue raising measures have to originate in the House, as well as the vast majority of significant cuts in services,” Morrell said. “There is really not much that the Senate can do.”

Paul Braun contributed to this report.