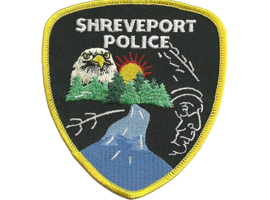 SHREVEPORT, La. (AP) — A Louisiana police officer has been arrested on a charge of malfeasance in office.

A Shreveport Police Department news release says Dylan Hudson turned himself in on Tuesday and his bond was set at $25,000.

It says he was put on paid leave Aug. 8 because of information that he might have broken a criminal law. It’s unknown if Hudson is represented by an attorney.