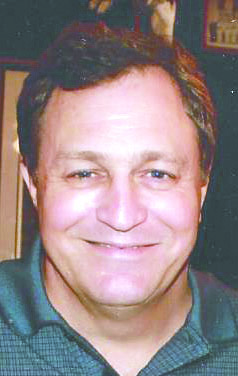 I wrote this almost 8 years ago about a very special person – a real Dubach Legend – Jimmy Newsom. Jimmy passed away recently. He almost hung a hundred on ‘em. I was betting that he would. May he be welcomed into the open arms of our Loving Savior.

He and his wife, Miss Fern, have lived there as long as I can remember – in the little house on Hico Road in Dubach with the all the beautiful flowers and the manicured lawn so thick I probably still couldn’t pedal my bike through it.

Since, like me, they aren’t getting any younger, I try to visit with what Tom Brokaw called the Greatest Generation every chance I get.

But, it was really something Miss Fern said this past summer that sparked my curiosity. She mentioned that Jimmy wouldn’t be at the Fourth of July fireworks show at James Lake because “it reminded him of the war.”

Now 90, the war started for a 20 year-old Jimmy in 1942 when, after the bombing of Pearl Harbor, he enlisted in the Navy.

I asked him why he chose the Navy. In his deep baritone voice, he smiled and said, “I figured, in the Navy, I would at least be on a ship and have a bunk or a hammock to sleep in. In the Army, they sleep on the ground.”

With a couple of years of college under his belt, exceptional eyesight and hearing, the Navy sent him to San Diego, CA to train as a sound man. It was his first time to leave Louisiana.

The British had developed a new technology called sonar which was instrumental in detecting enemy submarines. Jimmy Newsom was one of the first Americans to be trained by the British in the use of sonar.

“I was sent to Norfolk, VA and assigned to be the sound man of the DD 155, the U.S.S. Cole.  It was a WWI vintage four-stack destroyer and a bucket of rust very much expendable in the eyes of the U.S. Navy.”

“When we got to Norfolk, the Cole Boat, as we called it, was in dry dock for repairs. It had just returned from landing 100 U.S. Rangers under heavy German fire in North Africa. It earned a Presidential Citation for that.”

“Despite its age and condition, the crew loved that boat. We were getting ready to begin convoy duty with it in Europe. My job was to locate enemy subs and to direct depth charges that would destroy them. It was a very important job because your life and the lives of your shipmates depended on your skill, knowledge, and operation of your unit.”

“The Germans had developed acoustic torpedoes that would track the disturbance made by a ship’s propeller.  If I heard a German torpedo, we had some depth charges set to explode in shallow water so it would confuse and divert the torpedo off course. War is like a game of chess – always trying to outdo the opposition.”

During one of Jimmy’s missions in the Mediterranean, the Cole was in support of the invasion of Salerno, Italy.  German bombers became mixed in with planes carrying U.S. paratroopers.

“Confusion reigned to the extent that our ships shot down some of own bombers and whatever else flew over. For the next three days and nights we shelled the beach and waited to see if our troops were going to be able to hold the beachhead. They stayed!”

“When the war was over, I found out that one of those troopers we put ashore was Bill Reppond, a hometown friend of mine from Marion, La.”

The U.S. “Cole Boat” was decommissioned and Jimmy was assigned to the U.S.S. Sarsfield and was getting ready to go to Japan to fight when the bomb was dropped that ended the war.

Miss Fern stepped in to say that lunch was ready. I had one last question for the old sailor. I asked him if he thought he was indeed a member of the Greatest Generation.

He looked down, paused for a minute, looked up, and said: “No, not really… If the same thing happened again today, if we were attacked, I’d do it again. And so would you!”