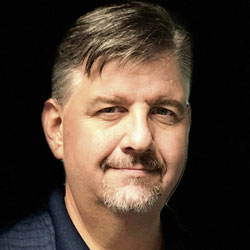 As we round out 2022, many businesses are thinking about the end of their calendar/fiscal year, and their tax burdens here in the Bayou State. Unfortunately, some will decide it is just too costly to operate here.

The Tax Foundation recently ranked Louisiana’s tax climate as the 12th worst in the country. Those in economic development circles know this puts our state at a great disadvantage. In the full-contact sport of attracting and retaining businesses, tax climate is a major weapon.

According to Vance Gann of the Pelican Institute, the playing field just got even more competitive, especially when it comes to personal income taxes.

“This year, four states passed a flat personal income tax, making a soon-to-be total of 14 flat income tax states across the nation,” Gann wrote in an Op-Ed. “One of them is Louisiana’s neighbor, Mississippi, currently ranked 30th in business tax climate. With a flat income tax, Mississippi’s status will improve, but not as much as it could if it also eliminated the personal income tax altogether. Even the improvement of flattening income taxes won’t support as much prosperity as eliminating them.”

Gann’s advocacy of eliminating the personal income tax is not new. Republicans have been discussing and debating that prospect for years. However, the numbers coming from states without said taxes are undeniable.

While the answer may seem obvious, lower or remove personal income tax, the implementation isn’t so easy. After all, this is the same state that was headed toward a “fiscal cliff” just six years ago. Of course, we could also debate bloat and inefficiencies in state government too.

The truth is that the benefits of lowering, simplifying, or eliminating personal income taxes will take years to be realized. It is a long-tail game.

It’s this long-game approach that tends to stifle any significant action. How can you have a six-year plan when you need to be reelected in four years or less? You need “free money” while the plan is given its chance to work.

Over the past two years, Louisiana has benefitted from federal money from various sources, some stemming from COVID-19 relief, building back better, or natural disaster response.

This unexpected influx of revenue has helped Louisiana weather the storm of the past three two years. It also allows us the opportunity to revamp the state’s tax system, and mitigate some of the revenue adjustments required to make it happen.

While you can’t just “move money around” in government, I am sure there are some things that can be done to lower the pain points of a major overhaul. The key is to make the decision to do whatever it takes, and then work out the details.

If Louisiana is to emerge as the leader we all know it can be, we have to stop the outmigration of our best and brightest, while attracting those from other states. We need more folks to call Louisiana, “home.”

More people will bring more opportunity for economic growth, which will — eventually — fill state coffers, providing for the needs of the state.

It all starts with a tax overhaul, and inaction isn’t an option.

David Specht is president of Specht Newspapers, Inc., publishers of the Minden Press-Herald.