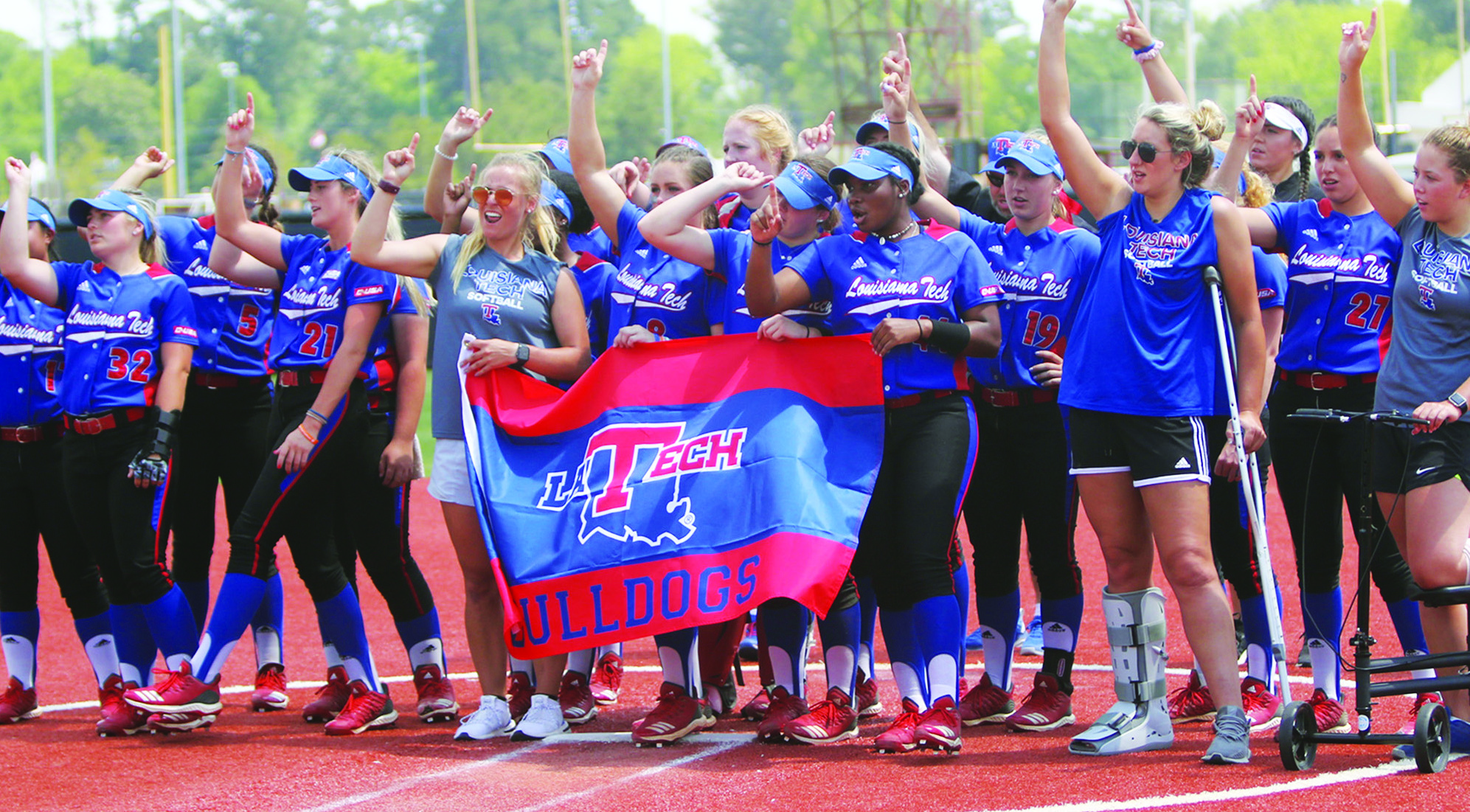 The Lady Techsters came back to ULM Softball Complex less than 24 hours later and completed the three-game sweep, this time on pure execution.

Preslee Gallaway and Krystal De La Cruz combined to shut the high-powered Hilltoppers offense down for a third straight game and Tech (39-13, 17-4 C-USA) scored seven unanswered runs over its final three at bats to defeat WKU 7-1.

With the win, Tech sits in a two-way tie for first place with North Texas heading into the final weekend of the regular season.

The Lady Techsters will travel to face Southern Miss in Hattiesburg on Saturday and Sunday.

WKU entered the weekend averaging 6.2 runs a game in league play and having hit 25 home runs in 18 conference tilts. Tech held the Hilltoppers to just two runs – only one earned – and no home runs in the three-game sweep.

After an emotional day on Saturday that saw the Lady Techsters down WKU 8-0 and 4-1 in a doubleheader sweep, Tech returned to the scene of the crime and played almost flawlessly on Sunday.

WKU took a 1-0 lead in the top of the third inning on a passed ball and throwing error by Tech catcher Sloane Stewartson on the same play – the only error of the game for the Lady Techsters.

However, Stewartson, making only her second start of the year in place of the injured Marilyn Rizzato, responded in a big way at the plate in the bottom of the fourth inning. Morgan Turkoly doubled and then Jazlyn Crowder reached on a double on a high fly ball that was misplayed by the WKU defense.

With runners on second and third and no outs, Stewartson drove a pitch past the WKU shortstop and into left centerfield, plating the two runners and giving Tech a 2-1 lead.

Turkoly broke the C-USA single season runs record on the play as she crossed the plate for the 64th time this year (old record was set by Kattrina Dowd of USF in 2004).

Tech upped its lead in the bottom of the fifth inning on a two-out, solo home run down the left field line by Kimmie Atienza.

It was Atienza’s fourth home run of the year.

Gallaway cruised until the top of the sixth inning.

Two singles and a walk loaded the bases for WKU with one out. Gallaway gave way to De La Cruz, who came in and recorded back-to-back strikeouts to end the threat.

Tech blew the game open in the bottom of the sixth inning, plating four runs on four hits and one WKU error.

Gallaway (16-7) picked up the win, allowing one unearned run on four hits and three walks and three strikeouts. De La Cruz recorded a save, working the final 1.2 innings.

With the win, Tech completed its fifth Conference USA series sweep of the season. The 17 league wins are the most in program history.

The senior class has won 143 games (8th most by a senior class in Tech history) and 60 league games (the most by a C-USA school over the past 4 years).