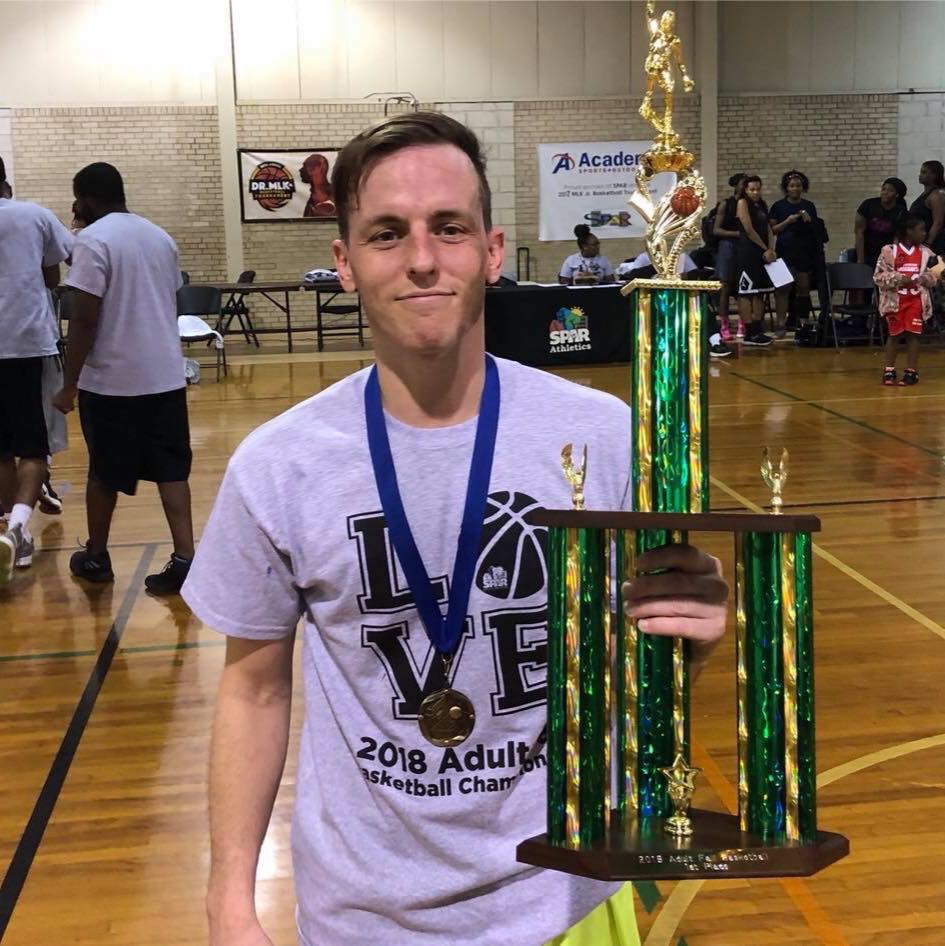 One of the best parts of my journey abroad was the perspective. I learned how other cultures live in China, Spain, Thailand and the Philippines. I lived with two different families in Spain, absorbed languages and attempted to ingratiate myself into their cultures.

One thing that stood out to me in both Asia and Europe was the deep, interconnected leagues of adult sports. In China, there were basketball tournaments every weekend. They mixed professionals and amateurs together to compete for cash. There were leagues for every skill level year-round. From the Chinese Basketball Association on down, there was a place to play for everyone. Referees were trained and paid. The courts were in shape. People came and cheered. It was the most fun I’ve had playing basketball since college.

In Spain, it was the same. I played for Forca Lleida, and I tried out (unsuccessfully) for the FC Barcelona second-tier team. But, there were leagues at every level in every city, town and pueblo. I was recruited by the team in Balaguer, a tiny town in Catalonia. To my surprise, international paperwork had to be filed before I could even practice for the team. I had to be officially “released” from my Chinese team before I could suit up. I was baffled.

I never made it to the top tier in either country, but I played competitively and was paid for my performance in China.

In Spain, my team competed for the Catalonia second-tier championship, but we lost in the finals. After scoring thirty points through three quarters, I was ejected when a solo official looked the other way as an opponent literally spit in my face. I retaliated. I had to be restrained, and it wasn’t my finest moment. But this gives you an idea of the competitive nature of these events.

It was FUN. It felt important. I wasn’t and am not anywhere near the level of the real professionals in these countries, but that’s my point. There is a place to play for everyone.

This is something that does not occur here. In Shreveport, I’ve played for a team in the SPAR league for over a year. It’s a well-organized competition, if a bit under-funded and not nearly as competitive as it should be.

In Minden, there is nothing to my knowledge that approaches organized competition. I cannot fathom how there has not been an official league for adults before now, though I am vaguely aware of leagues existing decades ago. Rec Center director Rocke Musgraves and assistant director Mike Aguilar have instituted a new league that will begin in the spring, and it’s been a long time coming.

This will just be the first step. Minden needs leagues and competitions that accommodate everyone’s tastes: soccer, baseball, softball, wrestling, whatever garners enough interest to allow enough teams to compete.

People from the outskirts of the city can get involved. Make it competitive outside of Webster Parish. Put together an all-star team made up of the best players from each season’s basketball league, sponsor them, and have them go compete on the road.

It has to start somewhere. I’m hoping the basketball league in the spring will be just the beginning.

There is nothing worse for the human body than sitting around all day. Residents of Minden love basketball (almost as much as they love football). Every time I mention an adult league, Facebook goes into a frenzy.

My hope is that we catch up with Spain, China and countless other countries who have the infrastructure to allow adults to compete the way our kids do. I plan on playing sports well into my 50s if my body allows it.

There are numerous benefits besides a good workout. When you’re on a team working toward a common goal, it makes the hard work and exercise that much easier. It makes you feel good.

It gets us away from our phones (and then returns us to our devices to post highlights).

This is a no-brainer. Let’s get businesses involved to sponsor teams, buy signs that can be seen on the sidelines during games and invest into providing more spaces for adult competitions.

The Minden Rec Center cannot do this all by themselves. They are already working tirelessly to provide basic needs for youth sports.

If we want the dream of competitive adult sports to arrive in Webster Parish, it’s going to be a group effort.