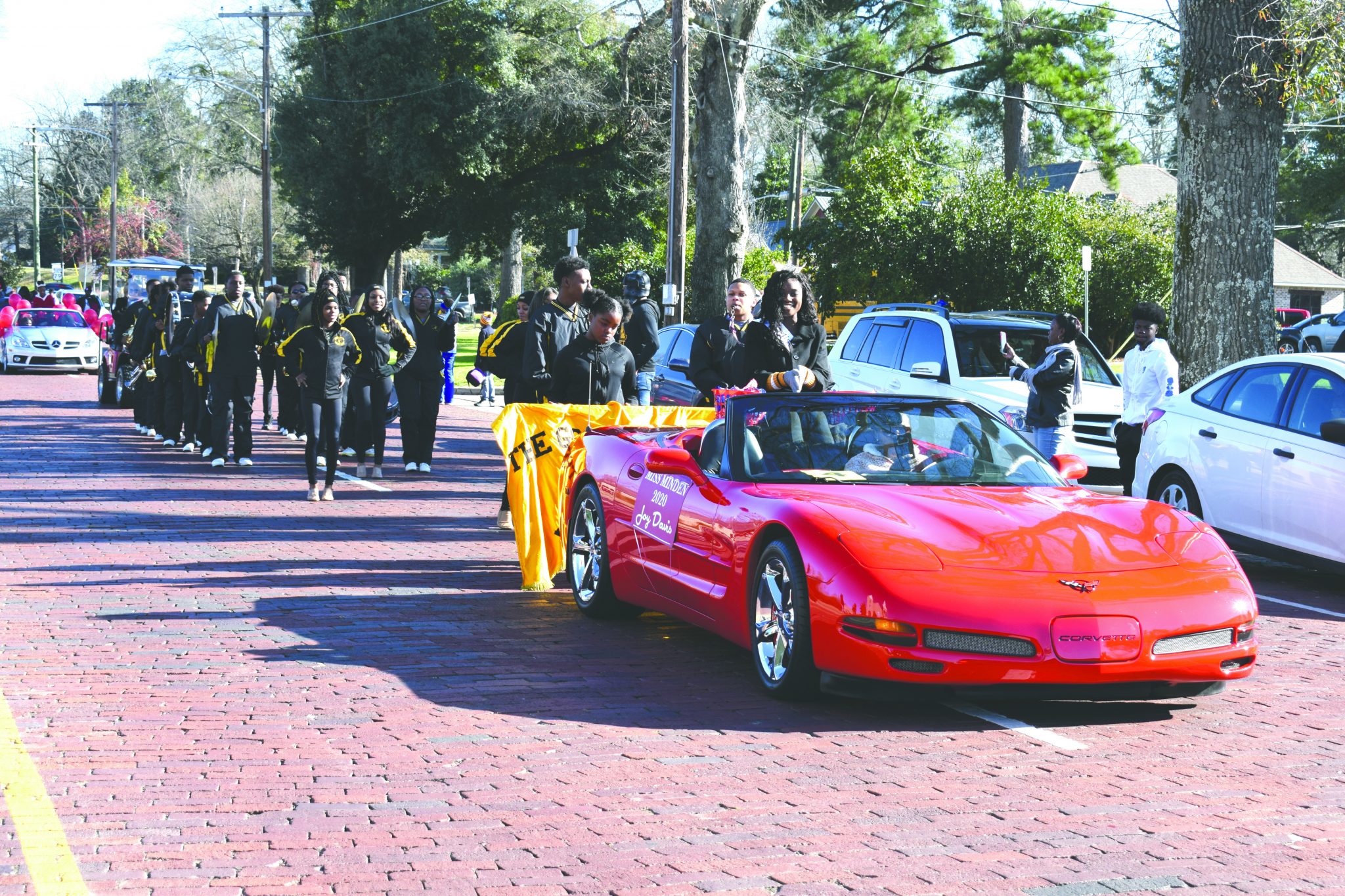 Minden held it’s 33rd Annual observance of Martin Luther King Jr. Day over the weekend. Over the weekend, there were different events going on in the name of the holiday, including a basketball tournament at the REC Center on Friday, a commemorative service with guest speaker Dr. Nikole Roebuck, GSU Band Director, and the essay and poster contests that many students participated in.

Minden’s observation of the holiday peaked on Monday, MLK Jr. Day itself. Things got started off early in the morning with the Ecumenical Unity March going down Martin Luther King Drive.

While the march may have been over, the marching wasn’t yet done with the MLK Jr. Day Parade taking place in Downtown Minden. Marching bands from high schools across north Louisiana took to the brick streets of Minden, those being Arcadia High School, North Webster High School, Bastrop High School, and Minden High School.

Miss Minden 2020 Joy Journey Davis was the one chosen to serve as the Grand Marshal for the parade. The route went through downtown Minden and ended in front of the Civic Center, where the bands performed for a table of judges before finishing the parade. The judges were also looking for the best-decorated float and the most-spirited group/organization.

A youth rally was held following the parade at the Minden Civic Center, emceed by Reginald Bridges. There, the winners of the parade contests, the MLK Jr. day Youth Leadership contest. the essay contest, and the poster contests were announced. There was also a friendly battle of the bands held between the marching bands while they awaited the judges’ results.