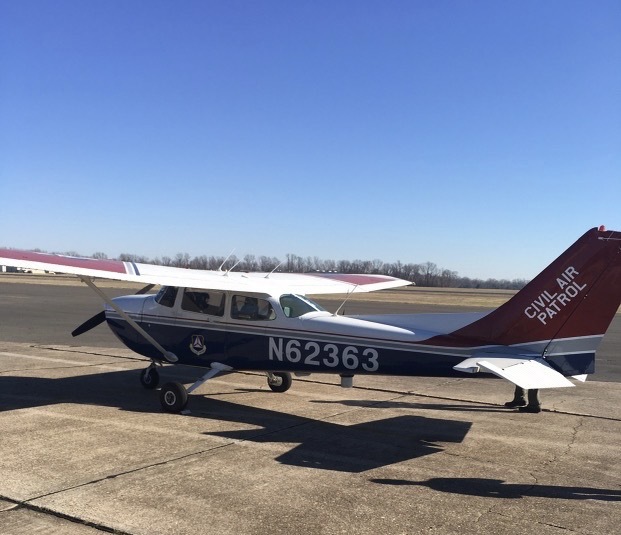 The Civil Air Patrol’s Cadet Program not only teaches leadership, physical fitness, and character development, but it also puts youth on a direct path to earning their private pilot’s licenses.

Civil Air Patrol (CAP) is a congressionally chartered non-profit corporation that serves as an official civilian auxiliary of the Air Force. The main goals of CAP are to supply emergency services such as disaster relief and search and rescue (both in air and on ground); to promote education for youth through aerospace, STEM, and cyber programs; and to shape future leaders through the Cadet Program. CAP has saved 23 lives so far this year. It is a volunteer organization for the aviation-minded.

“There’s a huge, huge pilot shortage right now both in the Air Force and in the civilian sector,” said Captain Keith Doughty, Squadron Commander for CAP. “One of the big initiatives we have right now is a Cadet Wings Program—that is a very competitive scholarship program that’s going to save time and money for the family to get their private pilot’s certificate.” The Wings Program provides financial support, structure, and a mentor to cadets as well as tailoring personal flight plans. “All these different things are to help more cadets on their goal of getting their private pilot’s licenses.”

Cadets learn about the fundamentals of aviation through classroom activities, self-study texts, orientation flights, and formal flight training. Orientation flights are available for every cadet under the age of 18 and the cadets are trained by a licensed instructor-pilot. Cadets take five flights in a powered aircraft (usually a single-engine Cessna), five flights in a glider aircraft, and an unlimited number of backseat flights when conditions allow. Orientation flights are always free to cadets. “Once they get to a safe altitude they will start the syllabus training of flying the plane,” said Cpt. Doughty. “So we could have a 12-year-old on their first flight actually flying the plane.”

Piloting is not the only thing cadets can learn in the program. There is a whole host of skills to be learned including instrument training, communication training, and much more. “During the summer our National Cadet Activities have about forty different summer camps they can attend in all ranges of what CAP has to offer—whether it be drill and ceremony, color guard, STEM, cyber, powered flight academy, glider academy, or international student academy,” said Doughty. “Everything that we’re trying to do has some form of leadership involvement and ‘setting the example,’ which I think is different from what they normally see in a classroom environment. There’s no commitment to go into the Air Force. We try to provide as many opportunities for the cadets so that, if they don’t go into the military, they’ll be prepared to go into whatever field they’re comfortable with or excited about, and take with them the skills they developed in our program.”

“Civil Air Patrol has the largest number of single engine prop planes in the world,” said Cpt. Doughty. “And we’ve got some of the best instructors in the world training these cadets.”

The program is open to youths ages 12 through 18, with the median age being about 15. Nationally, the annual cost runs about $300-$600. “I don’t think it’s quite that much for our cadets since we’re on Barksdale,” said Doughty. “Barksdale has been absolutely fabulous in support—not only in facilities and uniforms but, anytime we have needed an officer representative for a presentation or a promotion, they have always, always stepped up. We just had a Brigadier General last month come and present an award to one of our cadets for his accomplishments. That just speaks volumes for how Barksdale appreciates what we do and how important this program is to them.”

Civil Air Patrol’s Cadet Program meets for 2 ½ hours every Tuesday and one Saturday per month. Every year cadets can attend Encampments where they have opportunities to follow their own interests and explore potential careers for a full week. The instructors are all volunteers, some of whom drive quite far to participate. “I’m very blessed to have this caliber of educators willing to spend the time and the energy that it takes to prepare a good lesson,” said Doughty.

While there is no obligation to join the military, 8% of USAF Academy Cadets are former CAP Cadets. In their regular schools, 82% of Cadets earn Bs or higher. By learning the core values of integrity, service, excellence, and respect, Civil Air Patrol Cadets will become the strong and effective leaders we will need in the future.

If you are interested in joining the program, check out the Civil Air Patrol’s website at www.gocivilairpatrol.com. There is also a “Donate” button if you would like to help support the program. As Cpt. Doughty said, “Donations help facilitate opportunities.”