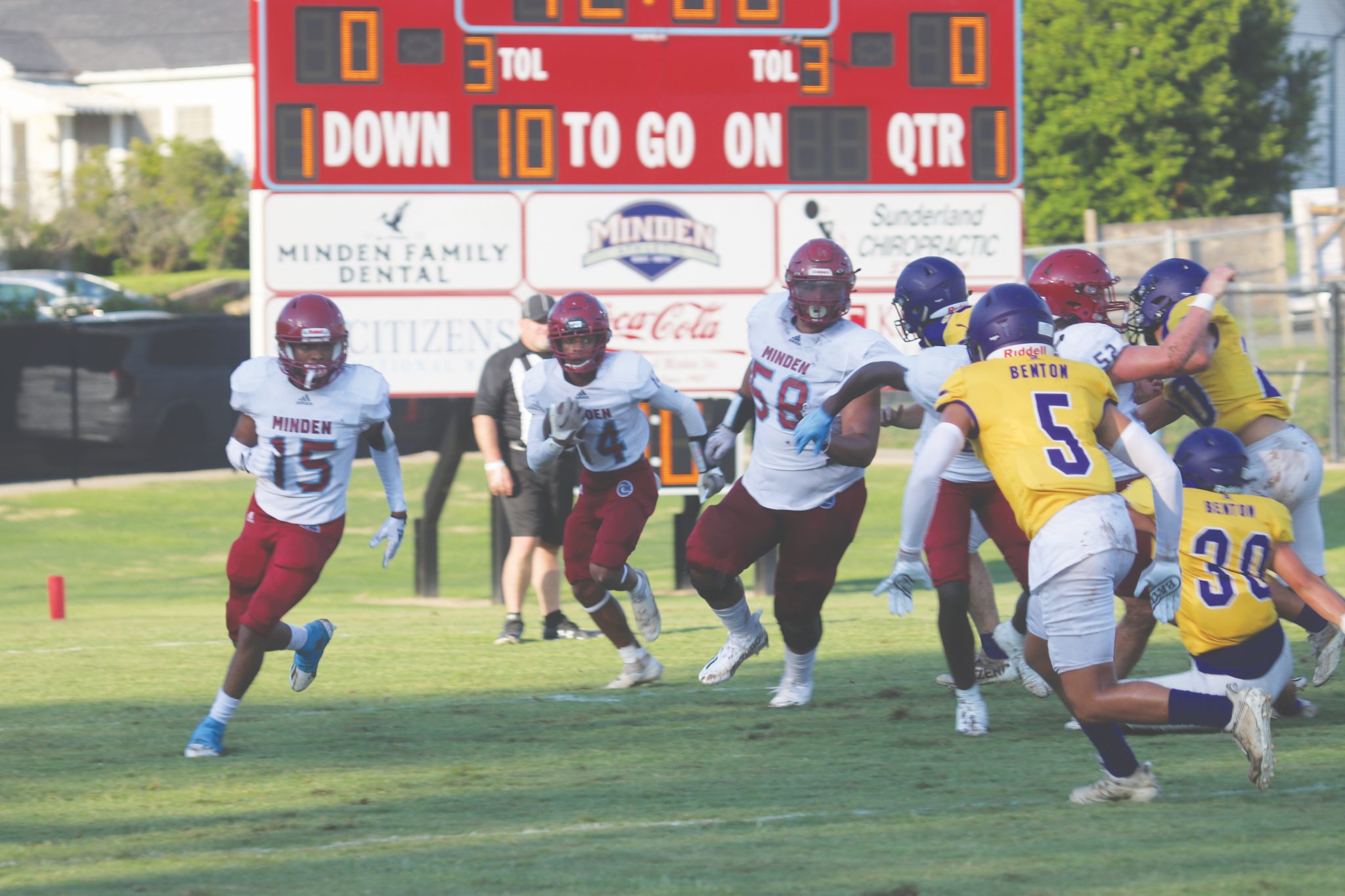 Glenbrook and Lakeside will be looking to continue strong starts while Minden and North Webster hope to being second-half of the season turnarounds as Prep Football Week 6 is played tonight.

Minden (1-4) will be fighting to put the skids on a two-game losing streak as the Tide takes on 1-4 Bossier at W.W. Williams Stadium.

The last time the Bearcats and Crimson Tide was in October of 2018 with Minden coming out on top 56-6.

The was one of three wins the Crimson Tide earned that season.

Minden’s lone win of the season came in Week 3 with a 39-27 victory over North Webster.

Glenbrook has taken Class 1A by storm in its first full year as a fully-established member of the Louisiana High School Athletics Association.

And in the first half of the season, the Apaches have been in “Dome or bust” mode, marching out to a 5-0 start while outscoring opponents 219-65 for an average winning score of 43.8 – 13.

The Apaches will be playing at Magnolia School of Excellence, which has stumbled out to an 0-5 start.

Glenbrook won last year’s meeting between the schools by the score of 51-6.

Lakeside is another Webster Parish football team off to a strong start.

The Warriors (4-1) will be looking to extend their win streak to five straight when they head to Union Parish to take on District 1-2A opponent D’Arbonne Woods, which also stands at 4-1 on the season.

Lakeside hasn’t gotten off to a 4-1 start since 2018, when the Warriors also went 4-1 to open a 6-5 season in which they lost to General Trass (Lake Providence) in the opening round of the playoffs by the score of 35-6.

D’Arbonne Woods, which opened in 2007, will be looking for their first win over the Warriors.

It’s been a tough start for North Webster (0-5), and the Knights will face one of their tougher challenges of the season as they play host to 4-1 Union Parish, the 2021 Class 3A state runner-up.