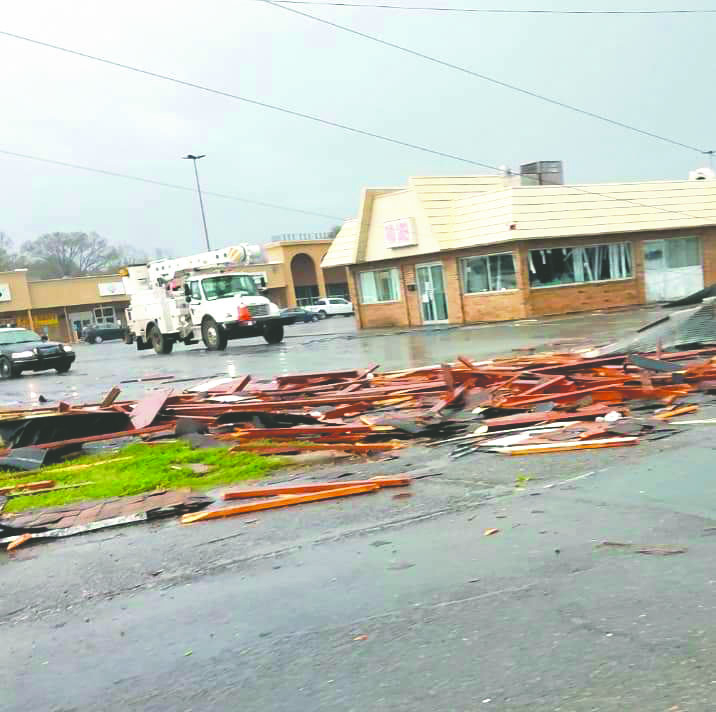 SPRINGHILL – A number of tornado warnings were issued across the region Saturday morning, as a string of EF-1 tornadoes bounced around, leaving some areas untouched while demolishing others.

“I came home to a lot of unexpected damage,” said Springhill resident Jerry Strahan. “Two huge pine trees were knocked down in the backyard. I raise German Shepherds, and my kennels back there were destroyed. Plus, one of my females suffered a broken hip and the pups were trapped. My neighbor helped me to dig them out, and I had to rush the female to the vet. It’s just a big mess. I don’t know what I’m going to do at this point.”

Only two streets over, Shaska Jones was terrified for her family’s safety, when a tree came pummeling down onto their house with them inside.

Local business owner, Kyle O’Glee, was able to capture a large portion of the storm on video before he was forced to take cover. That video can be viewed on the Minden Press-Herald Facebook page.