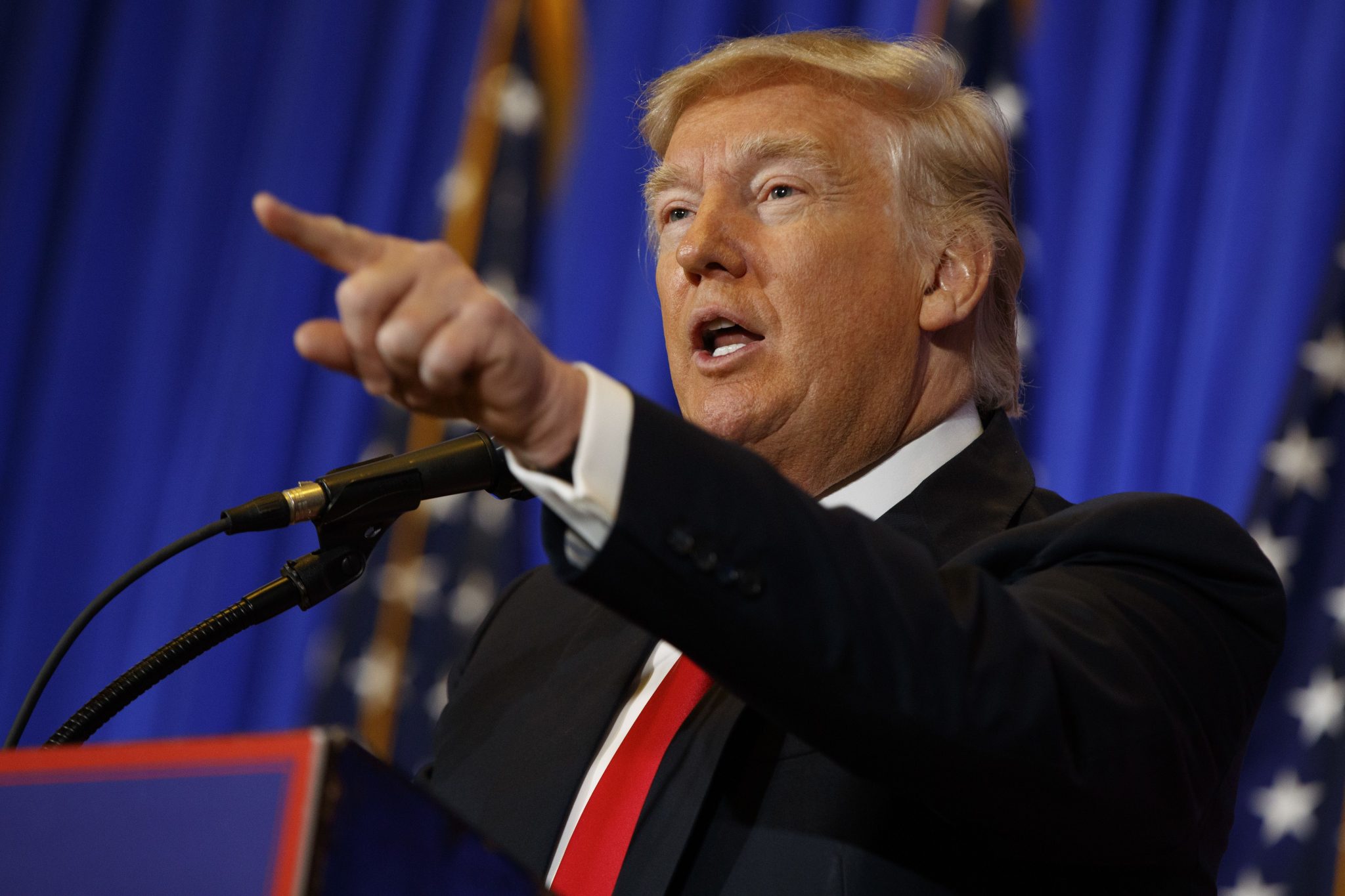 WASHINGTON (AP) — The United States, France and Britain together launched military strikes in Syria to punish President Bashar Assad for a suspected chemical attack against civilians and to deter him from doing it again, President Donald Trump announced Friday. Explosions lit up the skies over Damascus, the Syrian capital, as Trump announced the airstrikes from the White House.

Syrian television reported that Syrian air defenses have responded to the attack.

Trump said the U.S. is prepared to “sustain” pressure on Assad until he ends what the president called a criminal pattern of killing his own people with internationally banned chemical weapons. It was not immediately clear whether Trump meant the allied military operation would extend beyond an initial nighttime round of missile strikes.

Trump did not provide details on the joint U.S.-British-French attack, but it was expected to include barrages of cruise missiles launched from outside Syrian airspace. He described the main aim as establishing “a strong deterrent” against chemical weapons use. The Syrian government has repeatedly denied any use of banned weapons.

The decision to strike, after days of deliberations, marked Trump’s second order to attack Syria; he authorized a barrage of Tomahawk cruise missiles to hit a single Syrian airfield in April 2017 in retaliation for Assad’s use of sarin gas against civilians.

US Defense Secretary James Mattis testified Thursday that the role of the US in Syria is to defeat Islamic State militants, not get involved in that country’s civil war. (April 12)
Trump chastised Syria’s two main allies, Russia and Iran, for their roles in supporting “murderous dictators,” and noted that Russian President Vladimir Putin had guaranteed a 2013 international agreement for Assad to get rid of all of his chemical weapons. He called on Moscow to change course and join the West in seeking a more responsible regime in Damascus.

The allied operation comes a year after the U.S. missile strike that Trump said was meant to deter Assad from further use of chemical weapons. Since that did not work, a more intense attack would aim to degrade his ability to carry out further such attacks, and would try to do this by hitting Syrian aircraft, military depots and chemical facilities, among other things.

The one-off missile strike in April 2017 targeted the airfield from which the Syrian aircraft had launched their gas attack. But the damage was limited, and a defiant Assad returned to episodic use of chlorine and perhaps other chemicals.

A broader question is whether the allied attacks are part of a revamped, coherent political strategy to end the war on terms that do not leave Assad in power.