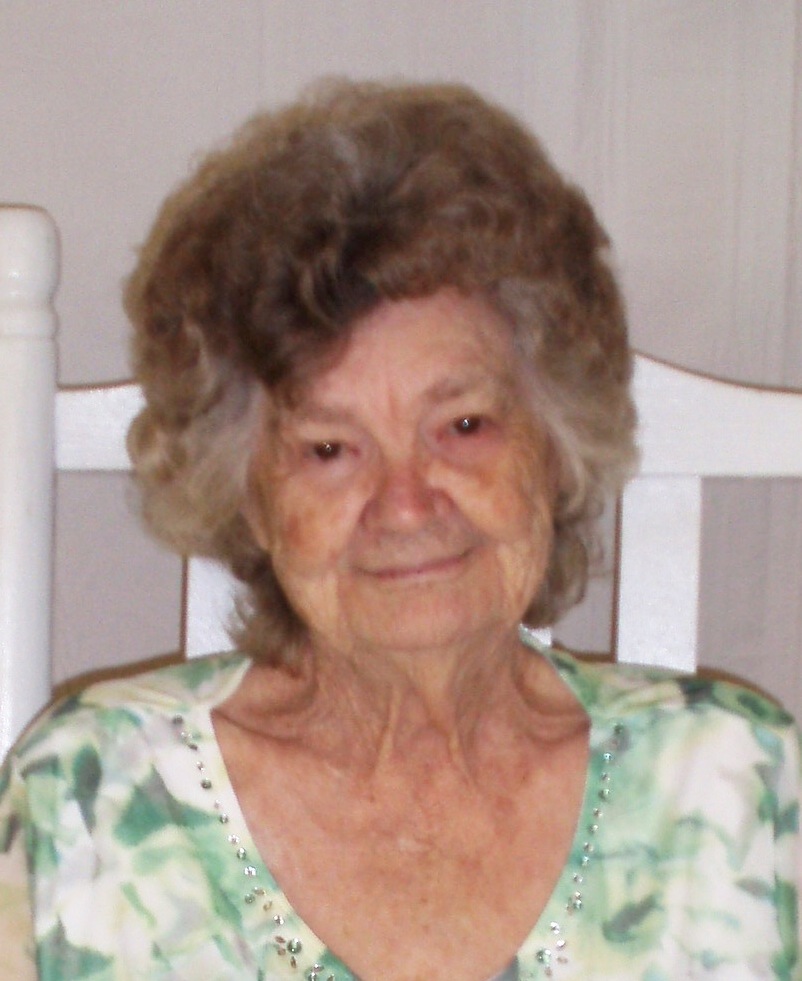 Funeral services for Vernell “Nell” Morgan Staggs, 87, of Sarepta were held at 10 a.m. Tuesday, June 13, 2017 at Kings Corner Assembly of God with Pastor James Lowe officiating. Interment followed at the Old Sarepta Cemetery under the direction of Bailey Funeral Home in Springhill.
Visitation was held from 5 until 8 p.m. Monday, June 12, at Bailey Funeral Home in Springhill.

Mrs. Staggs left her earthly home on Sunday, June 11, 2017, at Minden Medical Center following a massive stroke after having hip surgery. She was born on June 20, 1929 to Horace Luther “Luke” Morgan and Nancy Mahilda Dover Morgan in Sarepta. Nell married the love of her life, Leo Riley “Sonny” Staggs on March 20, 1946, in Magnolia, Arkansas. Shortly after marriage, they moved to Houston to find employment. In Houston, Nell and Sonny managed several apartment complexes and adopted many of the residents as their own children. They also raised their three grandchildren.

Grandma was always the one who provided the discipline. She was a stern woman who very rarely said “I love you” but showed it by providing for her family, which she said was done the same way by her parents. After retirement, Nell and her family returned back to Sarepta where she enjoyed cooking, attending church, and the great-grandchildren.