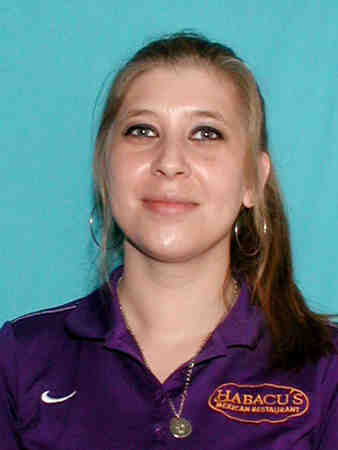 A woman was arrested by Minden Police when they found what appeared to be illegal drugs and paraphernalia in her bag.

Police were dispatched to Lewisville Road Saturday and located a woman at the intersection of McArthur and Tillman Drive, walking down the middle of the street. Police made contact with Sarabeth E. Burrows, 30, of the 300 block of Martin Circle, and according to reports, she appeared to be confused and disoriented.

Burrows had a black drawstring bag in her hand, and she was asked to put the bag on the hood of the patrol unit. She was asked several times to do so, and when she complied, the officer told her why he was there.

She reportedly told him it was in a wallet inside the bag. The officer located the identification card, and after he did so, she continued to try to go through the bag. At this time the officer noted signs that appeared to be consistent with drug use, and he asked her if she was on anything.

She told him suboxone, according to reports. When asked if anything else was in the bag, she told him no.

A subsequent search of the bag revealed a green, leafy substance in a clear baggie inside a black case, and two pill bottles with the same prescription label but different pills inside. Also located were rolling papers inside a makeup bag, and in a case were eight full and three partial pills believed to be Xanax.