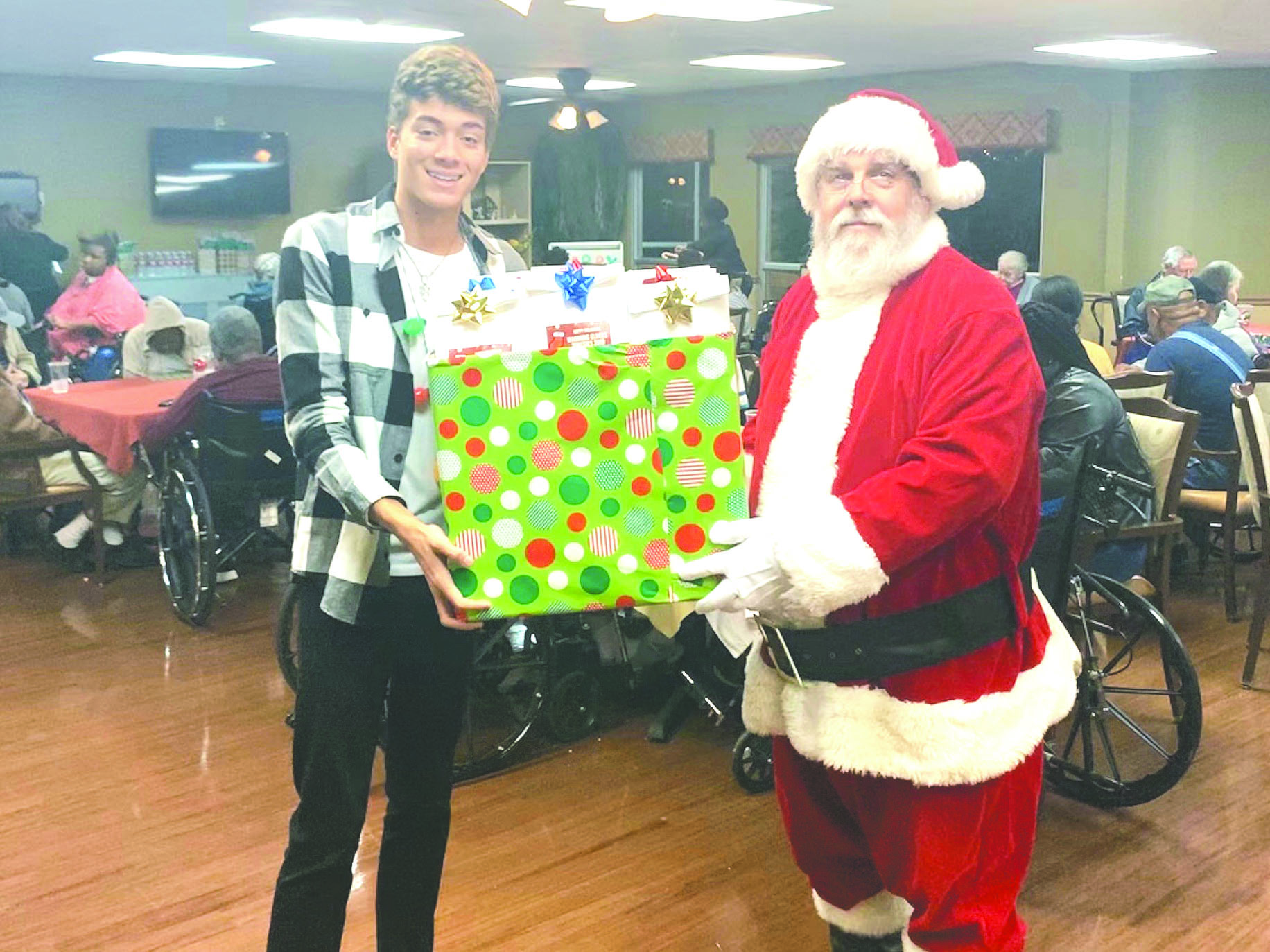 The Second Annual Warming Elders Tootsies project has concluded, collecting over 1,286 socks. However, the Junior Civitans aren’t done spreadimg holiday cheer. The project went back to its palce of its origins last year at Meadowview Health and Rehab Center.

“This is where it all got started, last year here at Meadowview was the beginning of Warming Elders Tootsies. Now that the project has grown across north Louisiana it’s important to remember where it began.  So we threw a big party for the residents and their families to celebrate another great year of the project. We even had a special guest from the North Pole who joined us to help gift socks,” said Ethan Jeffus Junior Civitan International Director.

This project was a group effort with the participants being businesses across North Louisiana towns. All of the socks donated are gifted to residents of local nursing homes during a party thrown for them.

“Last year this project was an overwhelming success reaching our original goal 4 times over. I’m excited to say that now, in our second year of this project, that it has grown, now covering all the major cities in north Louisiana. We will be distributing socks in each of these cities, Shreveport, Bossier, Minden, Ruston, and West Monroe,” said Jeffus. At Meadowview, residents were each gifted a new pair of socks during a Christmas party thrown for them. The party thrown for the residents included Christmas caroling, games of bingo, and a special visit from Santa who helped in gifting the socks to the residents. “I would like to thank everyone who played a part in making this project a success, from small business owners to individuals who were so enthusiastic to help. I’m greatly privileged to be apart of a project that has brought communities together over the holidays to support our elderly” said Jeffus.