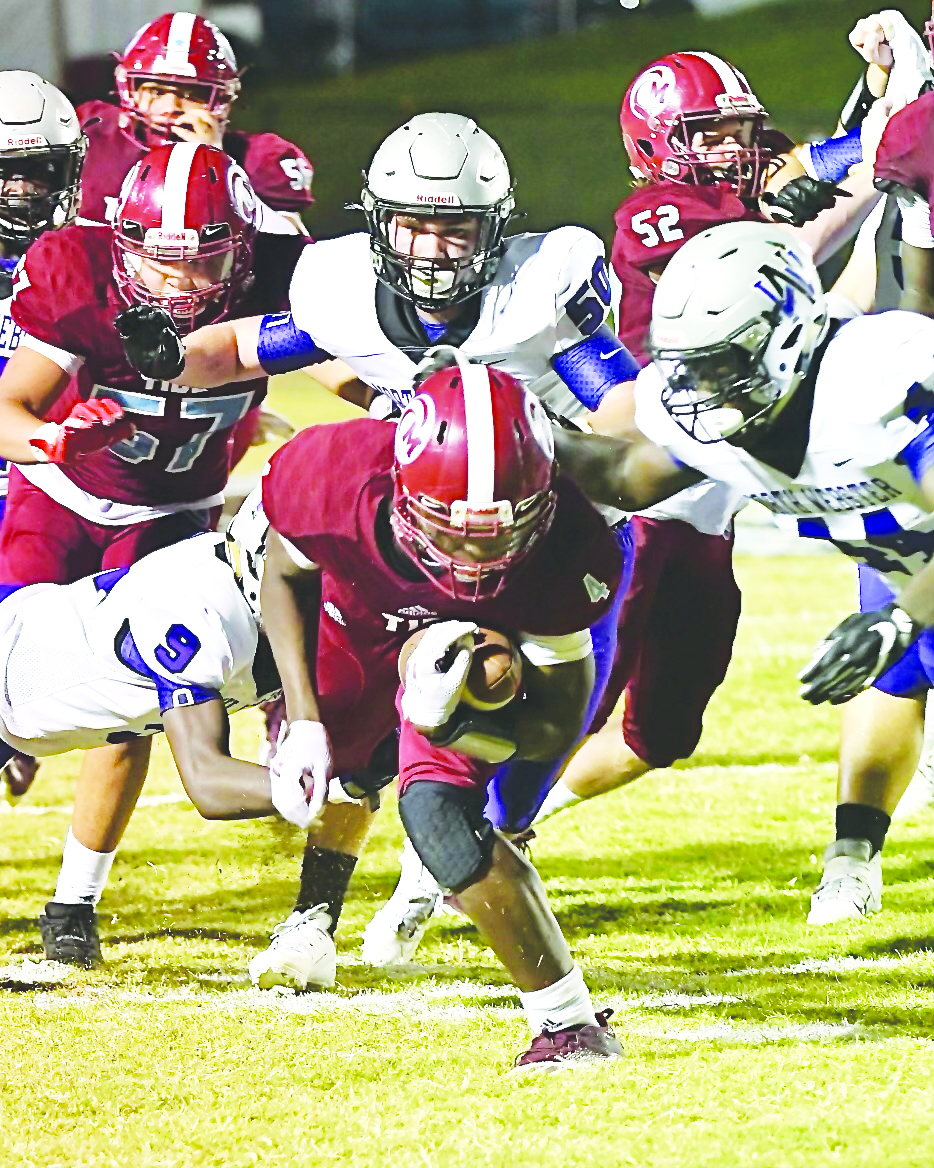 The Wolverines struck first on its second offensive series of the night after Trey Dewitt picked off a pass attempt by Minden quarterback Andrew Cooper.

Taking over at the Minden 18, Mansfield struck paydirt four plays later on a 23-yard scoring strike to Dequinton Robinson from Dekeldrick Thomas at the 8:11 mark of the opening stanza.

Thomas fired another scoring strike to Robinson with 2:11 left in the first quarter, this time from 31-yards out, that pushed the Mansfield advantage to 16-0 following a second successful two-point conversion.

Minden cut the Wolverines’ advantage to 16-7 with 2:39 remaining in the first half as senior Roderien Richardson scored on a 21-yard run.

But Thomas and the Wolverines roared right back with the Mansfield quarterback hitting Cleveland Wells on a 75-yard scoring strike only 22 seconds later.

The Tide countered that with its second score of the night as Cooper plunged in from one-yard out with 37 seconds left before intermission. Cooper’s two-point conversion run attempt failed and Mansfield led 24-13 at the half.

Mansfield recovered an onsides kick attempt to open the third quarter and drove 56 yards on six plays with Thomas scoring on a one-yard quarterback sneak that put the Wolverines up 32-12 only 1:57 into the second half.

Both teams scored two touchdowns in the final stanza, with Cooper scoring on another one-yard run and hitting Jaylin Williams on a 10-yard pass to account for the Tide’s scoring on the night.

Cooper connected on 10-of-25 pass attempts for 130 yards while Daylen Robinson as usual led the Crimson Tide rushing attack with 122 yards on 18 carries.

Minden (2-2) remains on the road next week as the Tide plays at Leesville, which also stands at 2-2 on the season.