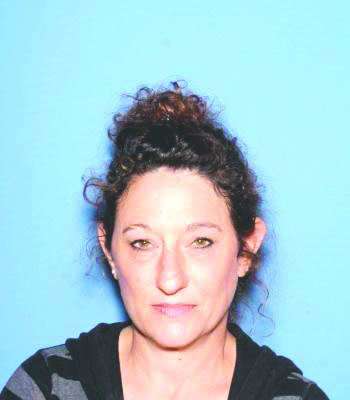 A Dixie Inn woman was arrested Thursday after police found methamphetamines and marijuana in her vehicle. They found her in the Dixie Mart parking lot, where she had allegedly shoplifted a pecan pie by hiding it in her bra.

Tina Adams, 48, was found unconscious in her truck at the Dixie Mart on Highway 531 Thursday morning. Officers attempted to wake her verbally and then by shaking her, but to no avail. They then administered a sternum rub, which woke Adams up.

Officers asked if Adams had anything illegal in her purse or the vehicle, and she said she did not. After a search, police found what appeared to be crystal meth inside a plastic baggie wrapped in a rag inside of her makeup bag. A clear container of marijuana was also found on the seat. A pink cloth containing an alcohol swab, needle, and rolling papers was in her seat as well.

Adams was arrested and brought to the Minden Police Department. Before being placed in a cell, Officer Tina Douglas searched Adams more thoroughly. Douglas found “an unopened Sarah Lee pecan pie in her bra between her breasts.”

Police contacted the Dixie Mart and confirmed that the pie had been stolen from there. The value of the pie was $2.49.