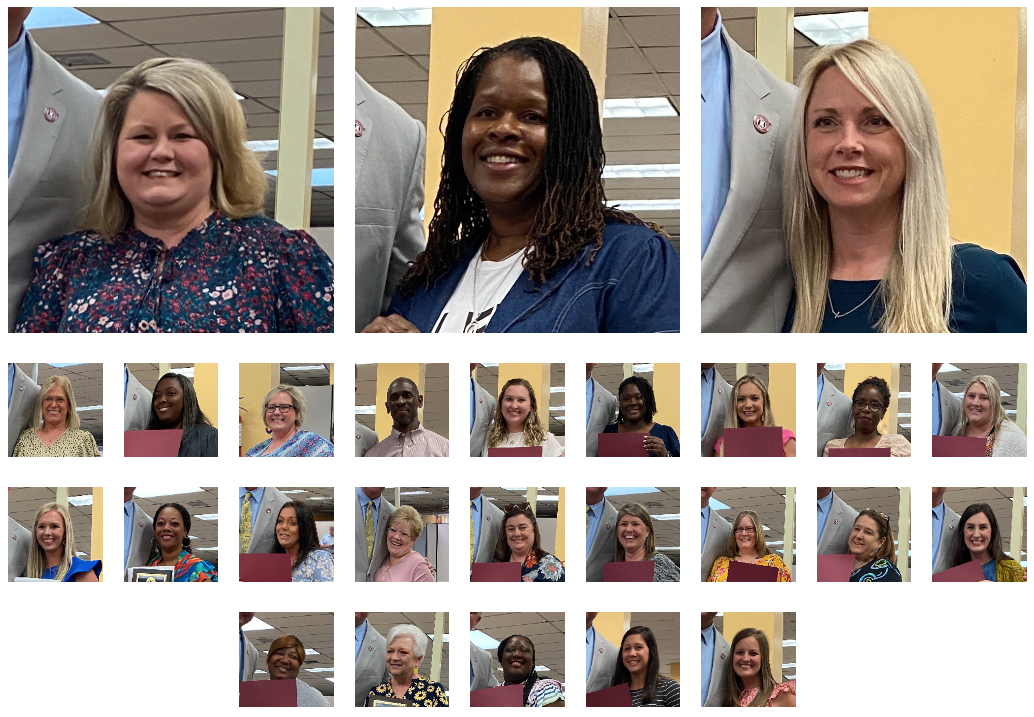 The employees of the year were announced during this month’s school board meeting. Before announcing the winners, Robin Tucker, Personnel Director for the Webster Parish School Board, spoke of the value of these employees by stating, “They are the boots on the ground that let us run this system every day.” The three categories were Support Staff, Teachers, and Principals, and the winners were listed in no particular order.

The Principals of the Year are Michelle Finley of Richardson Elementary; Bewanichi Sheppard of Webster Jr. High; and Rebecca Wilson of Minden High.

“We’ve also had some movement within our schools to where some of our support staff has moved up to central office,” said Ms. Tucker. “These were selected at the beginning of the year, so it’s nice to see promotions taking place, and it’s also sad to see some retirements that are about to happen, but we didn’t want to let this year pass by and not give these people their accolades.”  Congratulations to the winners, and thanks for the work you do everyday to support the students of Webster Parish.