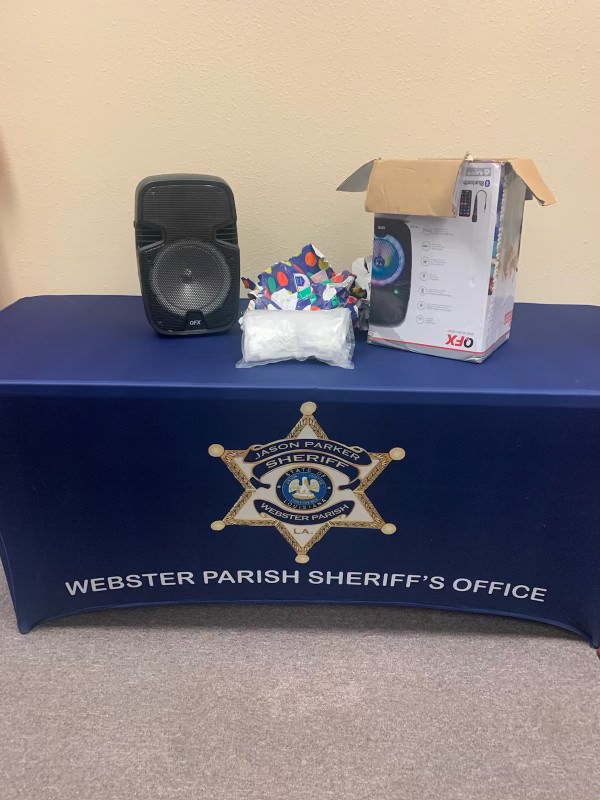 Mikel Stegall, 42, of the 600 block of Childs Road, was arrested for possession of a schedule II substance (methamphetamine) with intent to distribute. This arrest was carried out by the Webster Parish Sheriff’s Office. As a result of the bust, WPSO obtained approximately 1.4 pounds of methamphetamine with a street value of around $26,000.

The booking report states, “Upon execution of the search warrant, detectives located a natural void in a karaoke speaker containing a sealed clear plastic baggie containing a large amount of suspected methamphetamine.”

Upon questioning Stegall, he admitted full ownership of the suspected illegal narcotics located within the speaker.