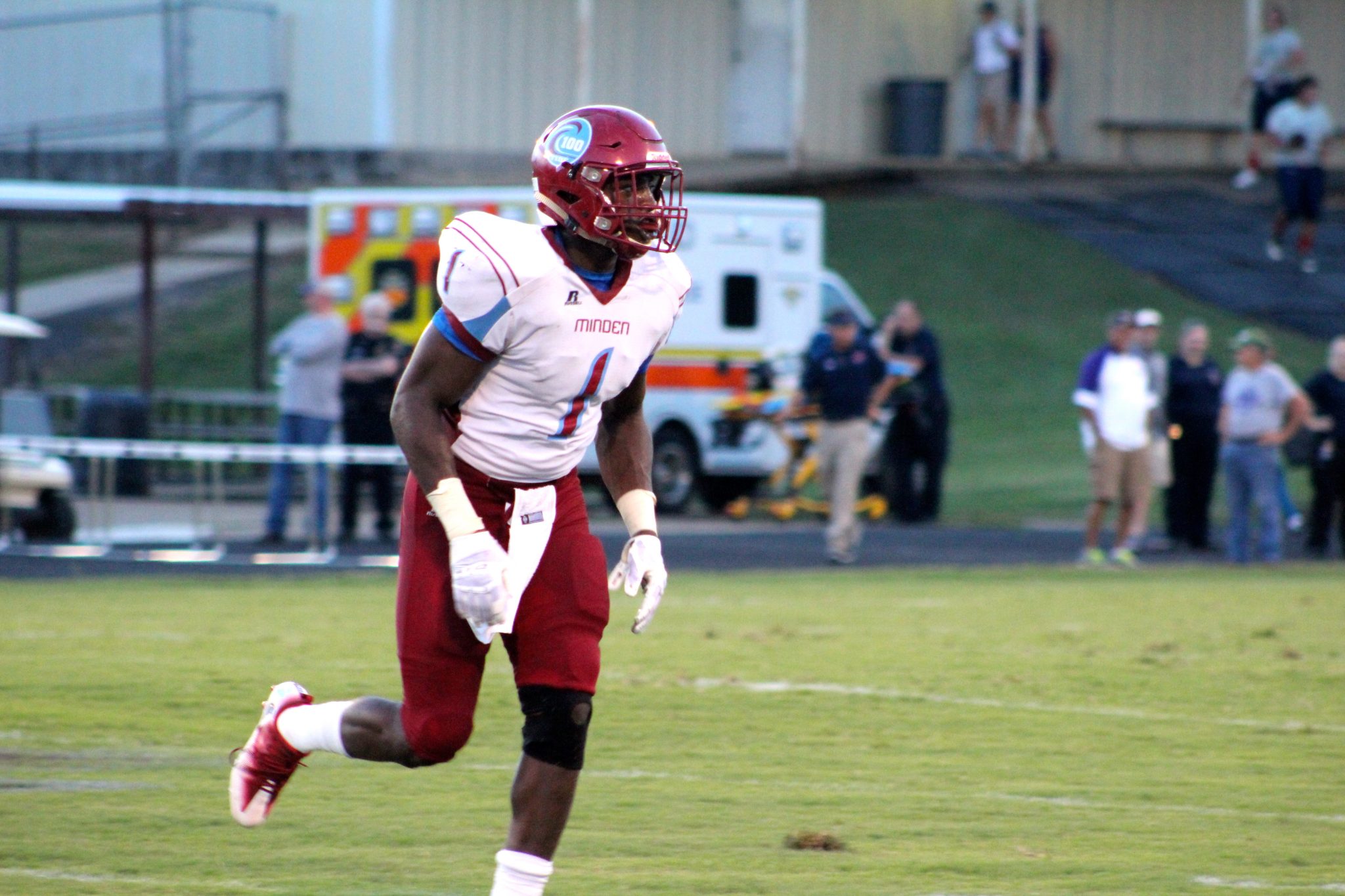 College coaches were busy during late November and early December getting in crucial in-home visits and discussions with prospective student athletes.

Minden’s Zi’Kerrion Baker is one of those prospects, a 6-foot-1, 215 pound manchild with ability to play beyond his offer sheet (UL-Lafayette, Southern Miss and Grambling).

Baker had an outstanding senior season for the Minden Crimson Tide, totaling 121 tackles and 10 sacks while splitting time at linebacker and defensive end. Baker projects as a linebacker with his sideline-to-sideline speed.

With his prep career behind him, Baker and his family welcomed coaches from Southern Miss and UL-Lafayette to Minden last week.
With both schools firmly in play for Baker’s services, he discussed what he’s looking for and what will be the determining factors in his decision-making process.

“First and foremost, I’m looking for a good education,” Baker said. “Then, it comes down to who can make you the best player. I liked the facilities at both schools; (UL-Lafayette) had the nicest weight room and facilities I’ve been in for sure.”
Mark Hudspeth’s team has been on Baker for awhile, with Charlie Harbison, assistant defensive coordinator and defensive backs coach for the Cajuns, handling Baker’s recruitment.

The Cajuns are also in play with Baker’s best friend and fellow Minden stud LB Cameron Morgan. Baker is rated the No. 50 player and Morgan the No. 69 player in the state of Louisiana, according to 247sports.

The Golden Eagles sent head coach Jay Hopson to visit Baker this week, and he was also on the sidelines for the Minden/Haughton game earlier this season.

It’s clear both coaches want him, but they will have to wait until National Signing Day, as Baker will see the process through until then.