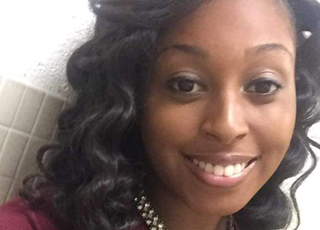 Celebration of life services for Andreka Rickeeda McClinton will be held Saturday, July 23, 2016 at 11 a.m. at the City on a Hill Pentecostal Church with the Rev. Billy Joe Hawkins, officiating. The body will lie in state from 9 until 11 a.m. at the church. Interment will follow at the Mt. Comfort B.C. Cemetery.

Andreka Rickeeda McClinton was born on Nov. 1, 1995 in Minden to Stephia McClinton and the late Andrew McClinton Sr. She was the youngest of three children. Andreka accepted and believed in Christ. She attended Mt. Pilgrim Baptist Church under the leadership of the Rev. Billie J. Hawkins.

Andreka received her formal education through the Webster Parish School System. She was a graduate of Minden High School Class of 2014. Shortly after graduation, she attended the University of Louisiana at Monroe where she was majoring in social work with a minor in Spanish.

Andreka was a very active student in high school, where she belonged to many groups/organizations such as: Epsilon Rho (Xinos), Minden High School Tider Line, Homecoming Court, and a member of the Minden High School Band. She was also honored to be a Debutante during her senior year of High School. She was a recipient of many scholarships from numerous organizations: Webster Alumni Association of California, the Delta Sigma Theta Sorority Corporation, the Concerned Citizens of Minden, Webster Parish Food Service, and the Andrew McClinton Scholarship from Minden High School. While attending college at the University of Louisiana at Monroe she was a member of: the National Society of Leadership and Success, the Social Work Club, and a member of the Trio-Program.

Andreka’s dream while in college was to become a member of Alpha Kappa Alpha Sorority Corporation. After college Andreka planned to relocate to Dallas to pursue her career as a social worker and use her bilingual language talents.

Andreka’s life was the influence of a beautiful rose, and her influence will forever live on through those lives she touched. Upon her head rests a crown studded with sparkling jewels of golden deeds. She had a quiet manner, an adorable personality, and she was pleasant towards everyone she met. She will be greatly missed, but this is God’s way and his will must be done.

Visitation will be held Friday, July 22 in the chapel of Kennon’s Mortuary from 10 a.m. until 7 p.m. Services are entrusted to Kennon’s Mortuary. Email condolences may be sent to kennonsmortuary@suddenlink.net.