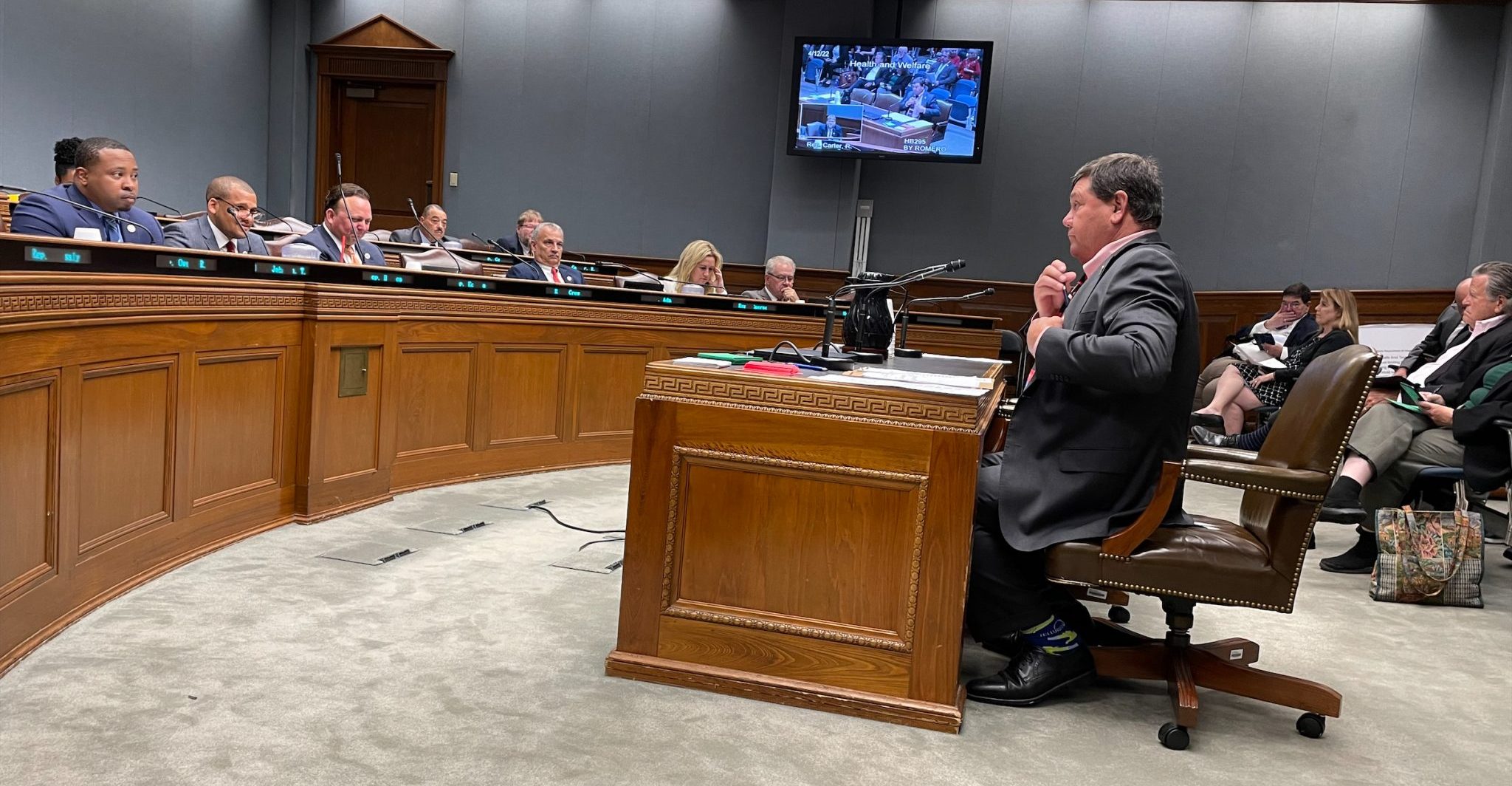 By Piper Hutchinson and Allison Kadlubar

Rep. Larry Bagley, a Stonewall Republican, had proposed a bill that would make it a misdemeanor crime for government agencies and schools to discriminate against people based on their vaccine status.

The bill, House Bill 54, was aimed at blocking requirements for people to be vaccinated to access the premises. Bagley ended up returning the bill to the calendar, which means it will not be taken up again unless two-thirds of the House votes to reconsider it.

“I had hundreds of calls, as most of you did, too, in the past year…Friends…losing jobs,” Bagley said on the House floor. “I fully believe that you as an individual could have the right to choose.”

But other lawmakers pointed out problems with the bill concerning enforcement, charges and freedom of speech.

“I don’t think we ought to be just criminalizing everything,” Rep. Robby Carter, D-Amite, said.

When Bagley presented the bill to the House Committee on Administration of Criminal Justice last week, it included a provision for jail time, but that was changed to a fine of up to $1,000.

Several other vaccine-related bills were discussed Tuesday in the House Committee on Health and Welfare.

Rep. Troy Romero, R-Welsh, sponsored HB 295, which would have required that a COVID antibody test be considered as a substitute for proof of vaccination.

Romero contended that COVID-19 is not a vaccine-preventable disease and that the COVID-19 vaccine is not actually a vaccine but a “shot.”

Both of those claims are false, according to the Louisiana Department of Health. And when

Dr. Michael Bolton, a pediatric infectious disease expert told the committee that COVID is a vaccine-preventable disease, many people packed into the hearing room loudly voiced their disagreement.

Nonetheless, Romero’s bill was killed by the committee in a 10-7 vote, with two Republicans among those voting to kill it.

The committee also considered HB 479, which would have required a hospital to grant emergency privileges to a doctor willing to prescribe a treatment that had been requested by the patient but denied by the hospital.

Rep. Larry Frieman, R-Abita Springs, who sponsored the bill, said it was written to apply not just to COVID-19 but to other conditions.

Several committee members took issue with that, arguing that the language was too broad.

Carter, the Democrat from Amite, said he was concerned about the bill’s implications for abortion.

“I’ve had a strong anti-abortion stance since I’ve been representative,” Carter said. “What if you have a patient who’s in a hospital and they say, ‘I want the drug-inducing abortion medicine,’ and the Catholic hospital says, ‘We don’t allow that here, period.’ Couldn’t they use this law to say, ‘I’ve got a physician willing to come in and give her that abortion-inducing drug and you can’t stop me from doing it?’”

Carter also said that just because a doctor is willing to prescribe it, a treatment may not necessarily in the best interest of the patient.

“Anybody on health and welfare knows we get doctors to come up here and testify all the time for stuff that I wouldn’t let touch my dog,” Carter said.

Dr. Robert Peltier, the chief medical officer of North Oaks Medical Center in Hammond, said he had concerns about granting privileges to new physicians within the 24-hour period required by the bill.

Peltier said it normally takes hospitals 45 to 60 days to credential a physician.

Frieman opted to voluntarily defer the bill to work on the problems.

During the discussions, Rep. Raymond Crews, R-Bossier City, claimed that the Pfizer vaccine and the Comirnaty vaccine are two different shots.

But federal health officials have said that claim is false, as Comirnaty is simply the branded name for the Pfizer vaccine.