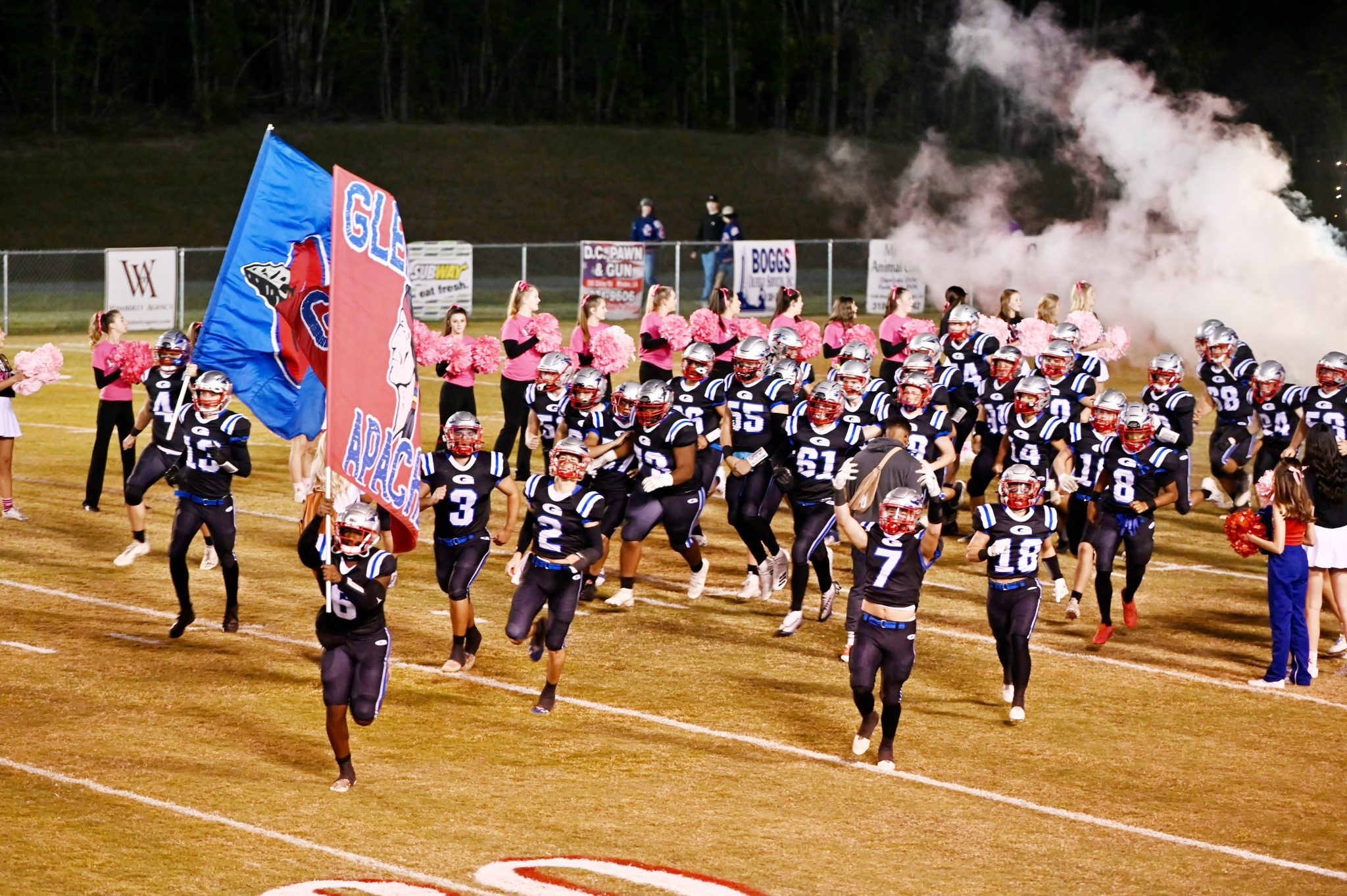 The enormity of the game could be seen by the crowd at the stadium.

Glenbook took the state’s best 14-game win into Thursday’s night’s home game against Homer with the District 1-1A at stake for the winner.

And after a hardfought defensive slugfest, make it 15 straight victories as Glenbrook walked away with arguably its biggest win ever as the Apaches defeated defending state champion Homer 21-14 before an overflow crowd at Apache Stadium.

Only a year after joining the Louisiana High School Athletic Association and in its first year of LHSAA playoff eligibility, the Apaches showed they will be a force to be reckoned with once the Division IV select school playoffs begin.

Glenbrook coach David Feaster knows the win was one of the biggest ever for his team.

“It’s difficult to say, but probably pretty high up,” Feaster said. “That’s really probably best looked at through the eyes of the students — the athletes as well as the nonathletes. And the supporters. Glenbrook has never seen a crowd even close to anything we had this time.

“A year ago we played Homer (a 36-21 home loss) and they told me it was by far the biggest crowd ever at Glenbrook. And I told them that they had no idea what was coming. From 6:30 – 7:30 p.m. we were literally turning cars away. There was no place to park. The people were parking a mile away and walking in.  It was great.”

The game was a defensive slugfest from the get-go.

Decked out in black jerseys and pants, the Apaches drove as deep as Homer’s 17-yard line in the first quarter before turning the ball over on downs.

Glenbrook struck first in the second quarter when a Tre Kent interception helped set up a Ty Feaster quarterback option scoring scamper that put the Apaches up 7-0 with 4:04 remaining in the first half.

But Homer countered with a late second-quarter score to send the teams into the locker room tied 7- 7 at halftime.

“So when we walked back out on the field at the end of halftime, it felt like we were walking out to finish the world championship. It had come down to this.”

The defensive battle continued in the second half, with the Apaches going back on top 14-7 on a two-yard touchdown run by Maddox Mandino with 8:00 remaining in the third stanza.

Glenbrook had a chance to take a two-score lead a little later but missed on a 42-yard field goal attempt.

Homer countered on the ensuing drive and tied the game at 14-14 on a five-yard run by Andrevious Buggs with 45 seconds left in the third quarter.

Glenbrook moved back out in front with 8:24 remaining as Feaster fired a 15-yard touchdown strike to Mandino for the game’s final score, giving the Apaches the 21-14 advantage.

Homer took over at midfield with a little less than two minutes remaining, but Glenbrook’s last of numerous sacks in the game on the final play sent the Apache Nation into celebration mode.

“So it went down to the last play of the game.The defense just had to hang on and hold them off. Our defense played extremely physical. It was amazing.”

Glenbrook will close out 2022 regular-season play next week as the Apaches play host to River Oaks, which stands at 2-7 and 0-4 after falling 54-6 at home Friday night to St. Frederick.