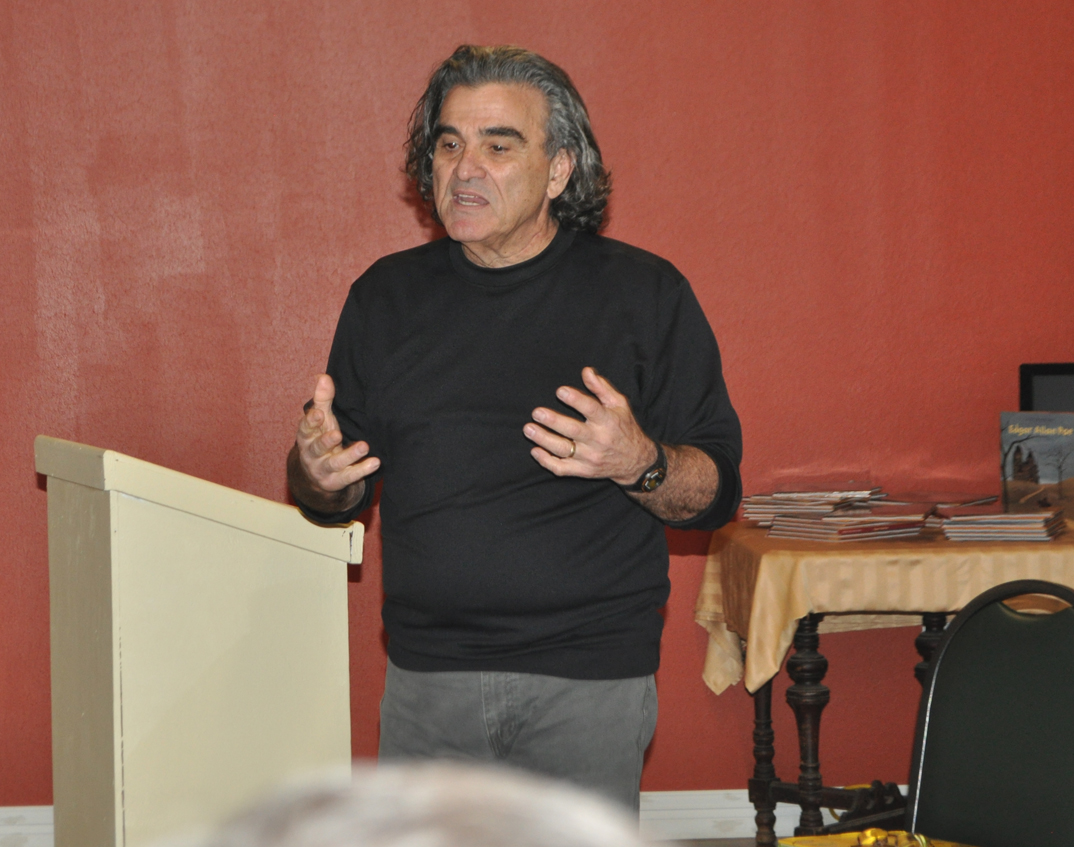 Brod Bagert is famous in the world of children’s books for his humor and his animation of poetry.

Visiting Glenbrook School Wednesday, he also appeared at a luncheon at the Dorcheat Historical Society Museum to talk to teachers and the public in general about poetry.

Bagert has written 17 books, from children’s to adult’s poetry books, but the one he had on display at the museum was “Edgar Allan Poe,” a book he edited. Poe wrote fewer than 60 poems in his life, but not all are for young children, he says. In his editing, he posed poems out of Poe’s short stories.

“I took his short stories and made eight poems in this book,” he said, “which is very cool.”

“They’re all poetry and I write in the voice of children,” he said. “I was a trial lawyer and a politician in New Orleans, but I started writing poems for my own children for their programs at school. As it turns out, there are lots of poems out there for children, but very few of them are in the voice of a child. It’s difficult to perform it.”

Through this avenue, his children won several contests and other people began to ask him for copies until someone said one day he needs to publish his poems. So he did. He closed his law practice and took a leap of faith. While he by no means makes the money he did as an attorney, he is happy with his choice in career changes.

Since then, even at age 67, he travels the country and the world to perform poetry for all ages.

He says to love poetry, it doesn’t mean a person has to like every poem written. He reads and recites poetry that is age appropriate to his audience.

“My first hope with my poems is that my audience is entertained,” he said. “My second hope is the audience is a little bit stronger by engaging their emotions. Raising powerful children should be our goal. Powerful people have the courage to take the long haul in life rather than the shorter one.”

He explained how poetry should be read and expressed, because reading and writing poetry is an outward expression of the power of the words. He uses expression through the use of body language to give power to words.

At Glenbrook, he taught the kids how to express themselves when reciting poetry.

“I teach them to use their face, their bodies and their expressions in poetry,” he said. “This is a wonderful way to find the poems that you love. But even more so is the skill that human beings have in their lives – the ability to stand on your two feet, open your mouth and express your thoughts and your feelings to the world around you.”

Glenbrook Headmaster Darden Gladney says he was excited about Bagert coming to the school, because the students were so engaged.

“It was an outstanding day,” he said. “His interaction with our students was outstanding. They just ate it up. They were finishing his sentences and acting out everything with him. He’s just a vivacious person and it’s catching.”

Each year, for the last few years, Glenbrook has brought in a children’s author to engage the students, mainly elementary
students, in reading.

“It’s hard for a teacher to be an expert in everything, so to bring in somebody like Mr. Bagert, his enthusiasm is so contagious it inspires the students, but also inspires the teachers,” Gladney said.