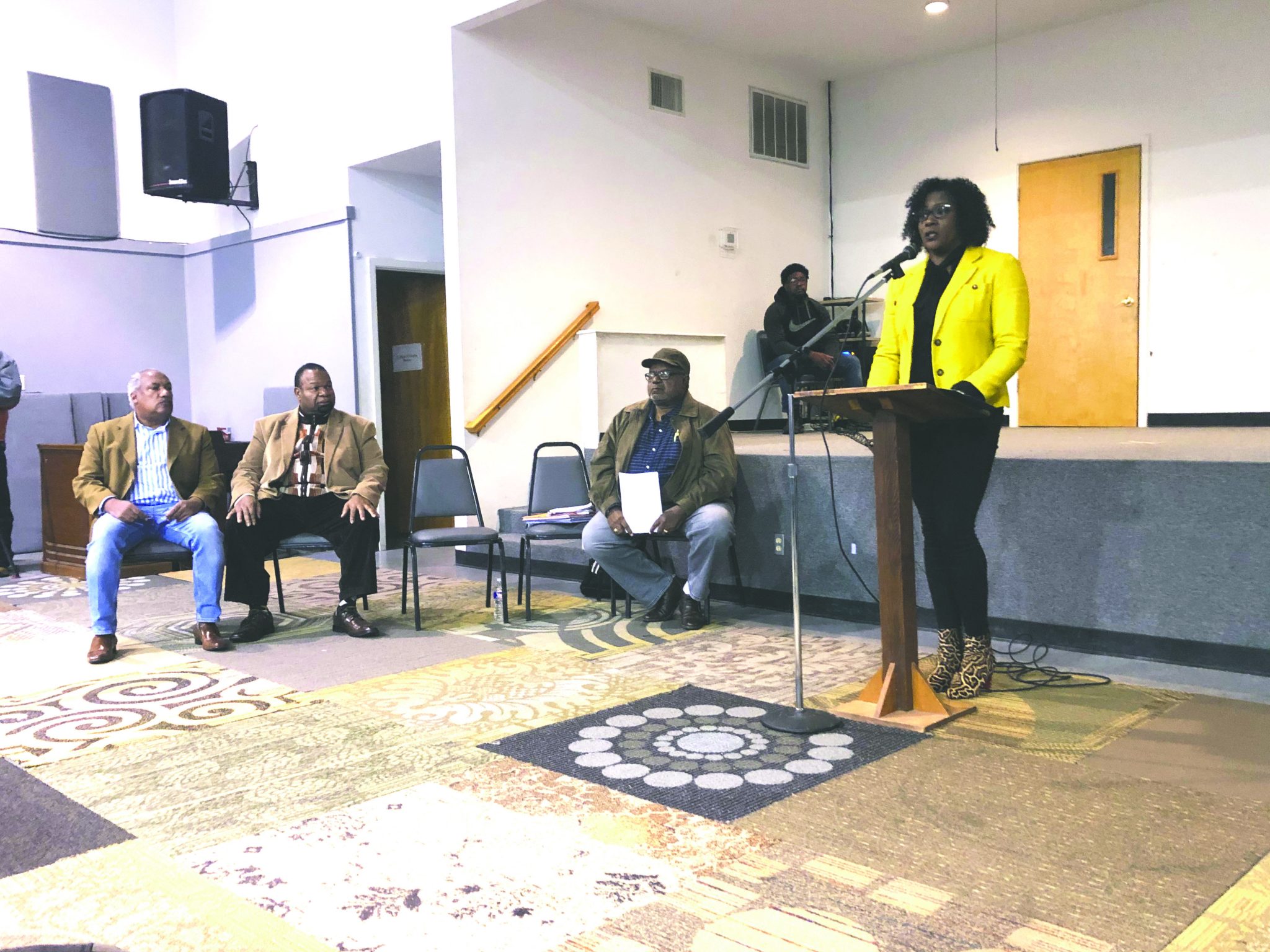 They used the meeting as an opportunity to address the public directly and share their thoughts on some recent events, including the rehiring of Shane Griffith, a violation of posting a sign on public property without the council’s approval, and of course, the walkout that occurred at the November City Council meeting earlier this month.

After a prayer by Rev. Knapp and an introduction from Dr. Williams, the meeting began.

Councilman Walker took the time to elaborate on why she, Councilman Herbert Taylor, and Councilman Vincen Bradford walked out on the Nov. City Council Meeting.

“We’ve been trying since March to get items added to the agenda, and it’s not anything specific to our districts, or to my district, it’s about the city as a whole. So it’s not like we’re asking for something that is unreasonable, we’re just asking for things to be done fairly. Let me say this. I’m not here to argue the issues, I’m here simply to present to you why we walked out,” said Walker.

Walker brought up many concerns during her time speaking in relation to why they chose to walk out, the main one having to do with the city’s employee handbook. The first issue she raised had to do with a part-time city employee getting a raise without the council’s awareness.

“We the council, along with the Mayor, are supposed to set the salaries for the part-time employees. It was done without our knowledge. We felt we did not need a person to update social media full time. Because we would not grant his request, he was given a raise, without our knowledge. When questioned, he walked out of the meeting,” said Walker,

“The social media guy was being paid more to shoot pictures and videos than our police officers were being paid to be shot at.”

The second concern that she addressed was that of all applicants applying for city jobs being given the same consideration.

“I personally know a couple of people who have applied for a position twice, qualified, and never received a call, never given full consideration for the position, but someone was hired,” said Walker. Later she also claimed that a city employee was demoted, in order for a friend to be placed in that position.

“So again, we’re just asking for practices to be fair. We’re not asking for anything that’s unreasonable,” said Walker,

“I just want you all to understand why we all walked out. Because the employee manual is outdated, it needs to be revised, and it does not work for the city of Minden. The practices are not fair. And it leaves the council out of everything. It’s the employee manual, but it’s also a manual that tells how the city is going to be run. If we’re elected to be your voice and represent you, the employee manual is leaving us out of it. We’re not trying to grandstand. We’re not looking for attention. We’re asking for things to be done fair, decent, and in order.”

Later during the meeting, Bradford brought up the concern of a sign that was posted on public property without the Council’s approval.

“I had several calls pertaining to a sign in the recreation center,” said Bradford. The sign he is referring to is a gate at the Minden REC Center which has T. C. Bloxom’s name on it.

Later, Bradford said, “I don’t know who had the authority to do that. This was added without the council’s approval, and when we talked to him about it, (the Mayor) said, ‘If you donated $40,000 I’d put your name on it.’”

During the meeting, City Attorney Charles Minnifield explained the sequence of events that led to the rehire of Shane Griffith, a policeman who came under scrutiny after Facebook comments were circulated around town where he allegedly used racially derogatory language.

To put it simply, when it came time for the City Council to vote on whether or not to remove Griffith from the force, they did not follow Robert’s Rules of Order. This motion being improperly carried out was the key reason the Civil Service Board voted to reinstate Griffith.

Near the end of her time speaking, Walker said, “Don’t be upset with us because we walked out, be upset with the people before us who allowed this to happen. Someone should’ve said something then, instead of letting this happen. It’s not fair. We’re frowned upon because we are the voice and we are speaking up about what’s going on, and change is uncomfortable, but it’s inevitable. We cannot continue to do the city of Minden’s business the way it’s being done.”