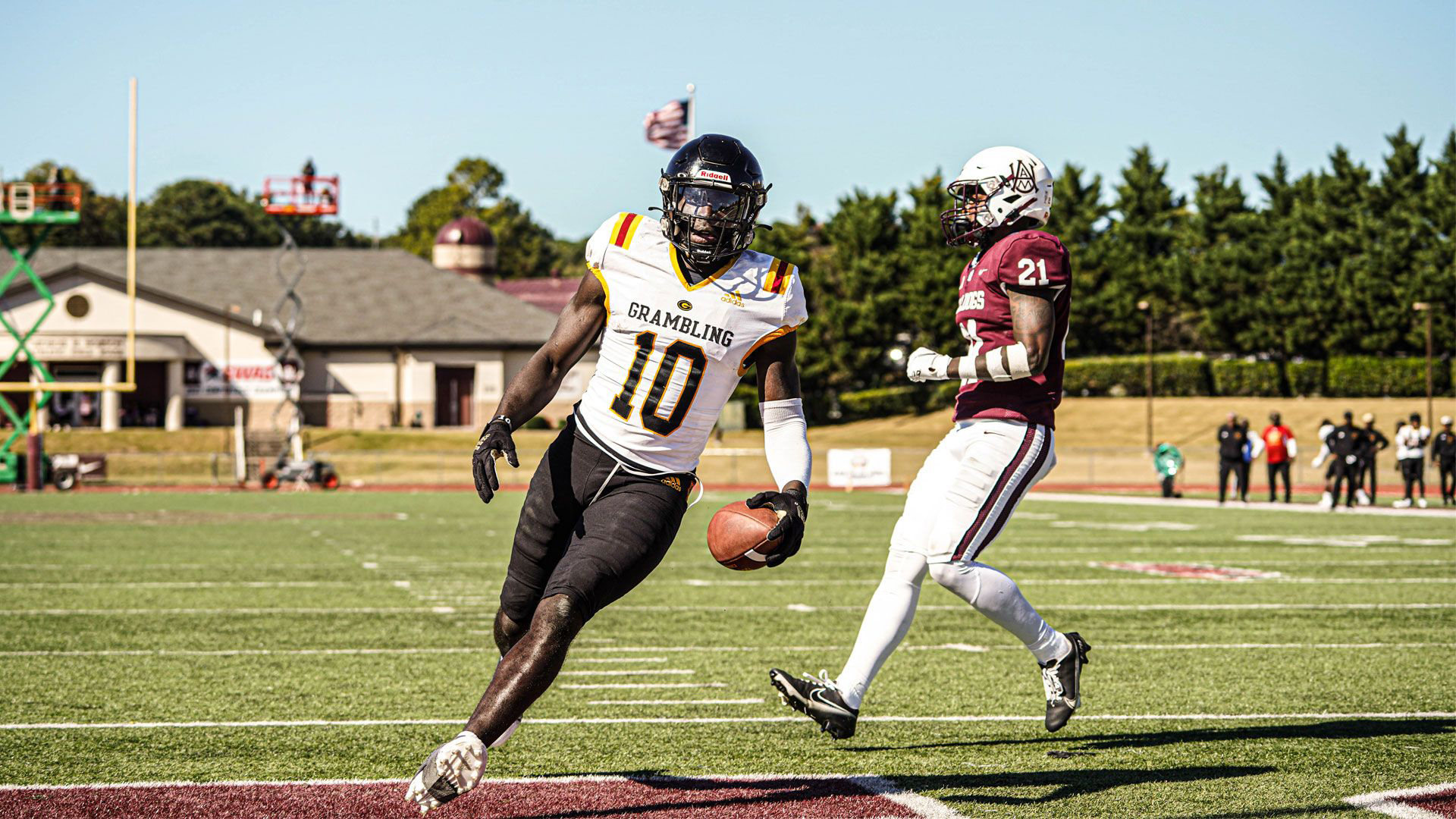 HUNTSVILLE, Ala. — The Grambling State University football team fought hard, but could not hold off Alabama A&M in a double-overtime thriller as the Bulldogs picked up a 37-31 Southwestern Athletic Conference (SWAC) victory on Saturday afternoon at Louis Crews Stadium.

Grambling State (1-5 overall, 0-3 SWAC) got the ball to begin the game, but the Tigers were forced to punt the football.

On Alabama A&M’s opening drive, Chandler Moncrief strip-sacked Xavier Lankford as Grambling State forced the turnover and started the drive at the Bulldog 12 yard-line. However, the Tiger offense could not move the football as Garrett Urban booted a 31-yard field goal, giving GSU a 3-0 lead with 5:44 remaining in the first quarter.

The Bulldogs (2-4, 2-1) used a fake punt on fourth-and-short to complete a 12-play, 70-yard drive as Donovan Eaglin, the SWAC Offensive Player of the Week, rushed 26 yards up the middle for the score, giving Alabama A&M a 7-3 lead at the end of the opening quarter.

The Tigers appeared to take the lead after a scoop and score by Rey Estes, but replay overturned the call when the runner was down.

That play loomed large as Alabama A&M went 75 yards in 9 plays as Harold Jemison Jr. scored on a 2-yard touchdown run as the Bulldogs took a 24-17 advantage with 10:21 left.

The Tigers got the ball back at their own 29 after an AAMU punt with 3:42 remaining. GSU moved the ball to the Bulldog 47 and got a fourth-down conversion when Calvez hit Rash for eight yards.

Grambling State continued to move the ball and was aided by personal foul (late hit) penalty, moving the ball to the AAMU 14 with 1:11 left and a Maurice Washington 6-yard touchdown completed a 10-play, 71-yard drive as the Tigers tied the game at 24 with 29 seconds remaining.

The Tigers got the ball to begin overtime and wasted little time as Calvez hit Noah Bean for a 26-yard touchdown as GSU grabbed a 31-24 lead.

Back came Alabama A&M as Keenan Hambrick caught a 7-yard touchdown pass from Casey, tying the game at 31 and sending the contest into a second overtime.

The Bulldogs’ offense began the second overtime frame and went 25 yards in 6 plays as Eaglin scored on a 2-yard touchdown run. However, AAMU elected to go for the 2-point conversion and the pass attempt failed as Alabama A&M led, 37-31.

Grambling State could not answer as Calvez was sacked on fourth down, ending the game and giving Alabama A&M the conference win.