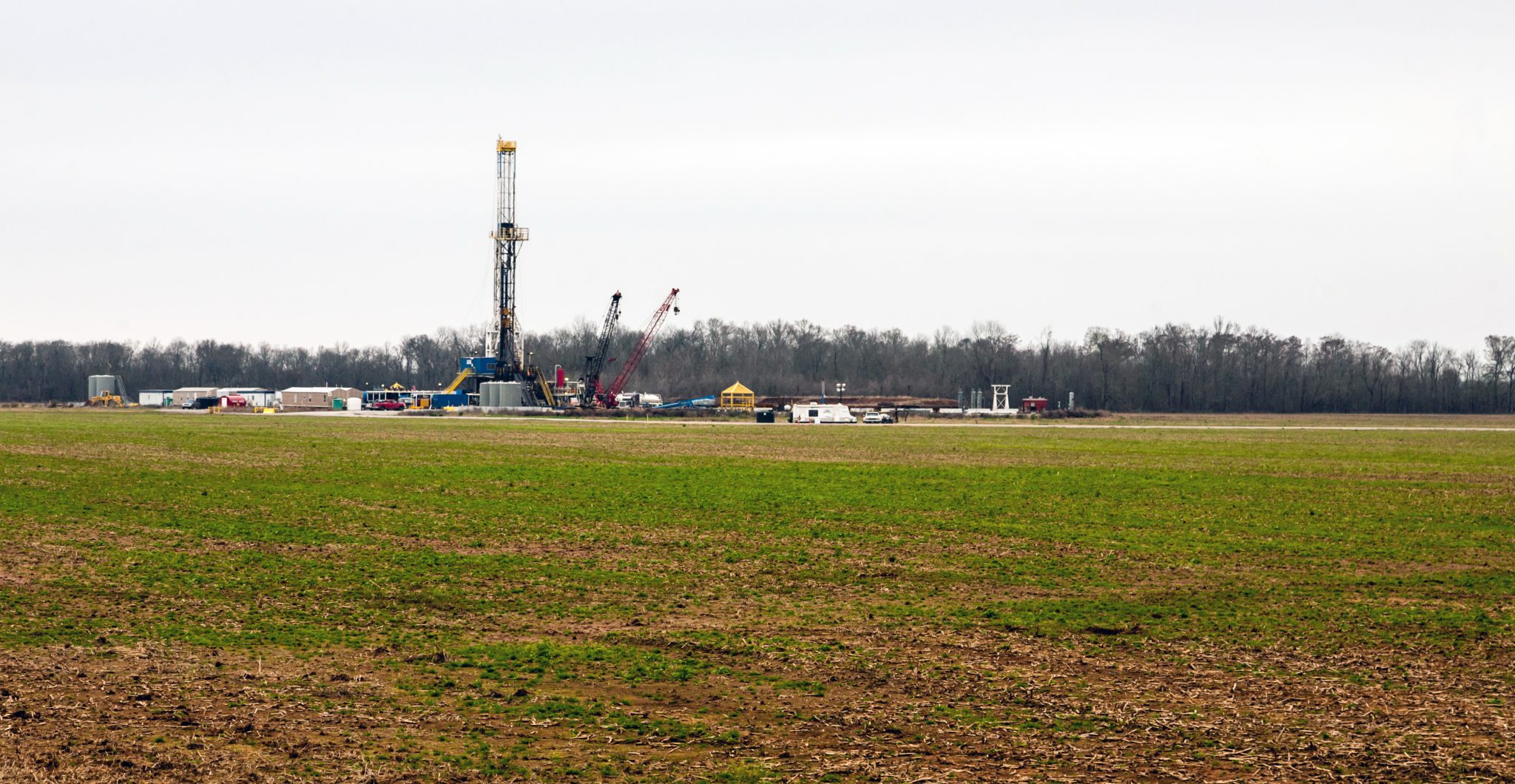 The Haynesville Shale redux continues, with the natural rig count sharply higher from a year ago and proppant intensity surpassing any other onshore play in the United States, according to analysts.

As of last week the Haynesville was capturing a 24% share or so of all U.S. gas rigs. The play, which straddles East Texas and North Louisiana, at the end of last week had 42 gas rigs running along with two for oil, versus a year ago when 25 gas rigs and two oil rigs were in operation. By comparison, the Marcellus, with 27% of the total gas rig share, was running 45 rigs last week; the Utica Shale had 30.

Evercore ISI analyst James West, who issues a monthly analysis of U.S. drilling permit activity, noted in his latest tally that Haynesville permitting during 3Q2017 had increased by 6.6% from 2Q2017. Year-to-date through September Louisiana permitting — where the core of Haynesville activity is underway — had risen 21%.

The pace of activity, “faster than that in the Marcellus/Utica, has surprised many observers,” said Sanford Bernstein analysts Jean Ann Salisbury and Bob Brackett. They decided to do a deep dive on what’s going on across the region to see if the play is doing as well as some are reporting.

“This is an especially key question now, as we are on the cusp of pipeline buildout from the Marcellus/Utica, which will result in more competitive gas entering the market,” said the Bernstein duo.

Assessing the latest wells, they found that most of the gas rig growth is attributable to private equity (PE) companies that have bought into the basin over the past few years, notably Covey Park Energy LLC, Indigo Minerals LLC and Vine Resources.

However, the average Haynesville well also has improved significantly.

Bernstein research determined that the average breakeven in the Haynesville was found to be about $2.40/Mcf half-cycle, and $3.00/Mcf full-cycle, or about 5 cents/Mcf better than a year ago, and “competitive with fully loaded Marcellus/Utica wells.”

A 34% improvement from a year ago in Haynesville well initial production (IP) rates hasn’t hurt either. Some of the gains have come from high grading and lateral lengths, but not all of them.

“This means that we believe that, holding rigs flat” at around 45 rigs, “we forecast growth in the Haynesville to 6 Bcf/d by 2019 (versus the flat 4 Bcf/d observed the past three years),” said Salisbury and Brackett. “We believe this growth can occur even in a $2.50/Mcf price environment, as producers treat some portion of their midstream costs as sunk.”

The analysis appears bearish for gas prices, said the Bernstein team, “given that in tandem we expect 20% annual Permian Basin gas growth (for free) and a flood of Marcellus/Utica gas over the next two years as pipeline buildout comes to fruition, which we already expected would bring gas prices to $2.50/Mcf, even without Haynesville growth.”

The Haynesville “winners” are led by Chesapeake Energy Corp., the basin’s first big mover, and the company that last year coined the term “proppant-geddon.” Today the Oklahoma City independent claims the best IP rates in the basin, according to Bernstein.

However, most of the drilling improvements overall have been led by private operators and PE-backed players, said analysts.

The enhanced completions in the Haynesville have put the play “back into growth mode in 2017,” said Jefferies LLC’s Zach Parham. Since the start of this year, Haynesville gas output has risen by around 0.9 Bcf/d, he estimated.

Well recoveries have improved in two ways, he said. Laterals in the play now average 6,500 feet versus 5,000 in 2012. Parham also pointed to the larger completions as increasing output.

Bernstein’s team analyzed the public FracFocus database, which contains information on around 129,000 hydraulic fracturing jobs in the United States. The data was combined with the well database of HPDI LLC to assess the trends in fracturing treatment.

The Haynesville’s significance to the U.S. exploration and production (E&P) industry has come in waves, noted BTU Analytics’ Daniel Orenstein. “In 2008 many predicted it would be the play that defined U.S. natural gas production growth, and was the hotspot where investors and large E&Ps were trying to stake their claim.”

After the Henry Hub price crash of 2012, the Haynesville sort of crashed too. The rig count fell from 60 in January 2012 to 10 early last year, as E&Ps shifted to liquids and oil.

“Today, attitudes toward the Haynesville are shifting, and activity trends are reversing,” Orenstein said.

However, while more wells are being drilled, they may not be completed as quickly as in other areas, he said.

“Operators are beginning to stockpile these drilled but uncompleted wells (DUC). The question now is, what the impact on basin production will be when the current inventory of DUCs are turned to sale?”

The Haynesville represented about 3.5 Bcf/d of production as of May 2017, according to BTU Analytics. The number is forecast to increase as more wells are turned to sale, but not to recover to pre-2012 levels over the next five years.

“This is primarily due to the size of the Haynesville core and the concentrated holding of acreage in the core by a small number of companies,” Orenstein said.

However, even if the Haynesville doesn’t return to pre-2012 production levels, the potential to compete with Rockies and Appalachian gas is still strong, he said.

“The Haynesville is geographically well positioned,” near liquefied natural gas export terminals in Texas and Louisiana, which gives the basin “a basis advantage in the near-term. To the extent associated gas out of the Permian fails to appear, and Northeast volumes don’t keep pace with demand growth, the Haynesville is positioned to benefit.”