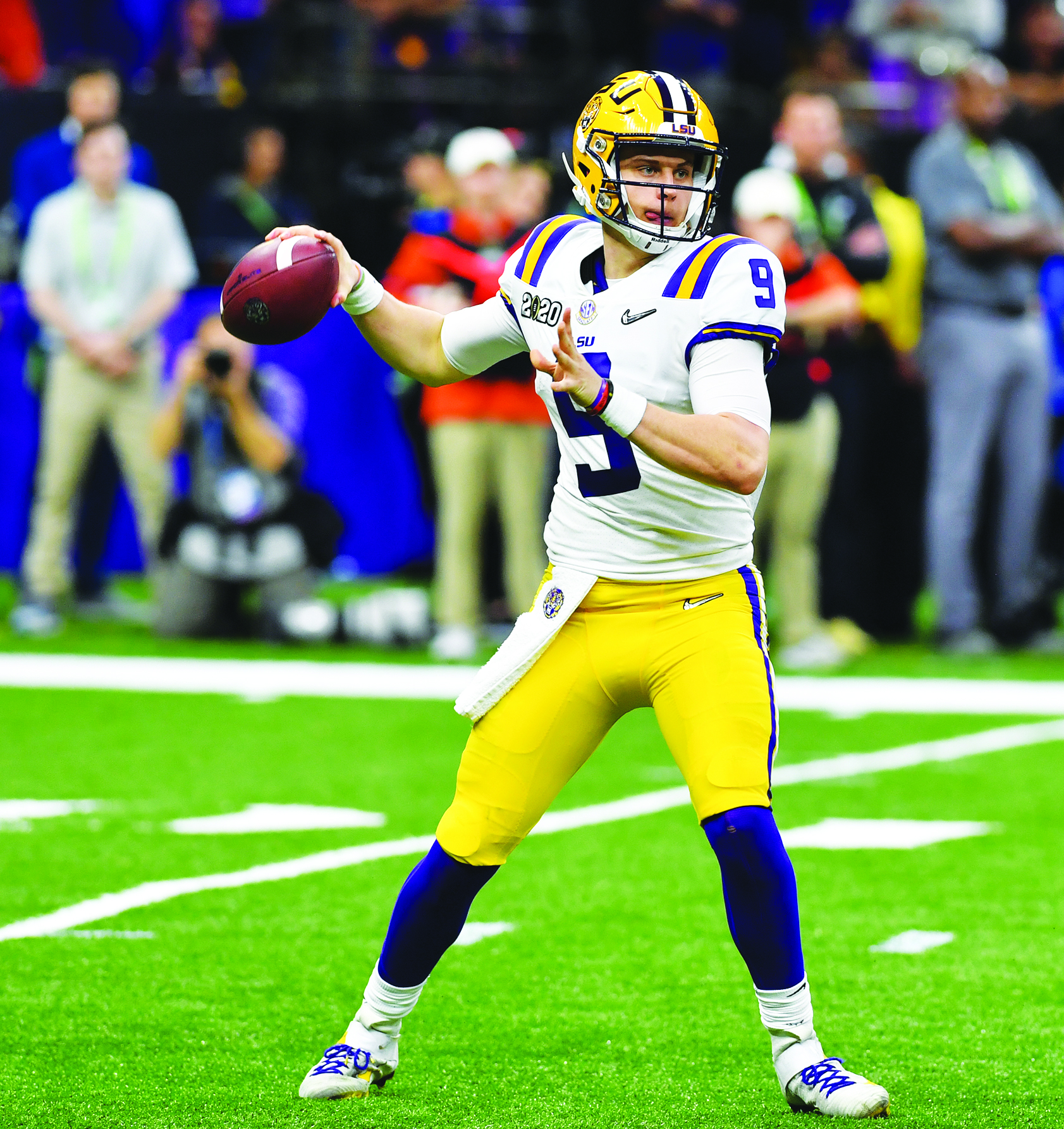 Anytime something remotely special happens these days, our immediate reaction is to rank it and fight about whether it is the “best of all time.”

Usually, these arguments are inept, annoying and impotent.

That is not going to be the case this week after the finishing touches that Joe Burrow just put on his Heisman-Trophy winning season.

Burrow dominated the national championship game, leaving LSU as a legend with a 42-25 national title win over Clemson.

The proof is in the pudding: Burrow’s numbers stack up against the best of the best, and we will get to them in a minute.

First, it’s important to put these numbers in perspective.

Burrow played and beat four AP Top-5 teams this year and perhaps played his best games against them.

As a graduate student, Burrow clearly took advantage of his extra time by getting in the film room and treating his last season in college as preparation for his first seasons in the NFL.

He dissected his opponents, hunting matchups and mis-matches on the field the way Steph Curry and LeBron James create opportunities on the basketball court through switches.

He was one step ahead of everyone. He knew when to scramble, he used his feet well, and he did something I’ve never seen any quarterback at LSU do: he used the immense athleticism of his teammates to an incredible effect all year.

LSU has always had this level of talent. Louisiana is underrated as a recruiting hub and has been in football and basketball for years.

Our state’s flagship school has never had a Brees-esque quarterback at the helm of a free-flowing offense in this way.

We can argue whether he’s just finished the greatest season we’ve ever seen all we want, but if I were Burrow, I’d sit back, smoke a cigar and let my numbers do the talking.