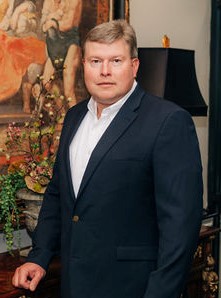 I am a lifelong resident of Webster Parish and a product of the public school system.  Graduating as Valedictorian from Minden High School in 1987, I understand the value of a good education and the importance of academic excellence.  Many of my teachers and principals were mentors, and they gave me the greatest gift anyone could hope to receive from an educator, they believed in me.  I graduated with honors from Louisiana Tech University in 1991, earning a Bachelor of Arts in Political Science.

My career path led to a strong law enforcement background.  Beginning as a Louisiana Juvenile Probation Officer in 1995, I served at risk youth in both Caddo and Webster Parishes.  In the spring of 2001, I graduated from the Bossier Parish Community College-Criminal Justice Institute, a certified Peace Officers Standards and Training Council (POST) academy, receiving the academic award for Class #83.  Later that year, I was sworn in as a United States Probation Officer.  As such, the safety and security of the staff and students in Webster Parish will always be my number one priority.

I retired from law enforcement last fall after serving the public for over twenty-six (26) years.  Shortly thereafter, I was hired as a Federal Sentencing Specialist by the John D. and Eric G. Johnson Law Firm, L.L.C.

I previously served on the Board of Directors at my local church, City on a Hill, for sixteen (16) years.  For several of those years, I was asked to bolster our building fund initiative and then ultimately tasked with the responsibility for timely disbursements during the new sanctuary construction.

I also served our local community on the Board of Directors for the Webster Parish Office of Community Services as a representative of District IV.  It was an honor to work with community leaders and other volunteers for the benefit of those less fortunate in our community.  In 2011, I began serving as secretary for the board and did so through the end of my term.

My wife of thirty years, Robyn Guthrie, is the Deputy Clerk of Court for Minden City Court.  We have one daughter, Lauren.  She is also the product of public schools, graduating from Minden High School in 2017.  My parents, John (Jr.) and Shirley Berry Guthrie, and sister, Kristi Guthrie Parker, were also Minden High School graduates.

I enjoy spending time outdoors hunting and fishing. As a fanatical member of the softball community for more than 25 years, I acquired the nickname “Goose” from some of my friends and teammates.

It was an honor to serve the Western District of Louisiana, specifically Webster Parish, for more than twenty-six (26) years as either a state or federal probation officer.  Providing for the public safety was my duty, serving the courts was an honor, but helping people was always my passion!  I hope you will allow me to continue that service by putting me to work on the Webster Parish School Board.