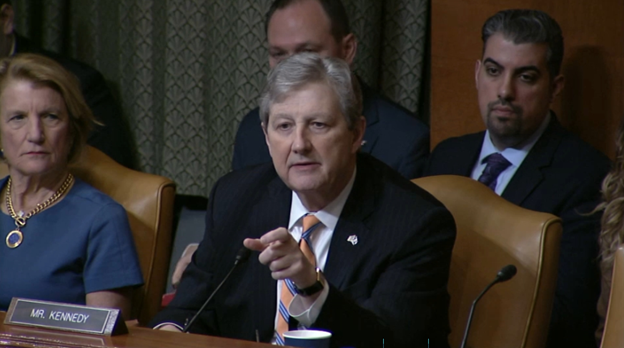 If a full un-redacted report is released to members of Congress, Attorney General Barr agreed that there is a significant risk that confidential grand jury information can be leaked to the public.

“I think it was inevitable that some people were going to be disappointed in the results that Mr. Mueller reached,” said Sen. Kennedy. “You can only be young once. You can always be immature. There will be some that will be so disappointed in the result that they’re going to attack the process in bad faith. I would strongly encourage you to ignore that. Just call them like you see them. Follow the law.”

“We depend on the secrecy of the grand jury for our whole system of justice,” said Attorney General Barr. “People have to be assured that when they go into the grand jury that these are going to be confidential sessions.”