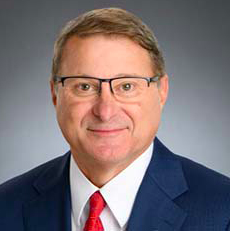 BATON ROUGE – The Senate gave final legislative approval Tuesday to two bills relating to horse racing, including one that would benefit a close friend of Senate President Page Cortez.

Senate Bill 209, pushed by Cortez, would let off-track betting parlors allow gambling on video replays of horse races that occurred in the past.

The bill was authored by Sen. Gary Smith Jr., and it passed the House 84-11 Monday with amendments that limited the number of establishments that could offer this type of gambling.

The Advocate reported Monday that Cortez, R-Lafayette, lives next door to Joel Robideaux, a former state representative and Lafayette mayor who is the lobbyist for one of the companies expected to offer the betting via devices like slot machines.

The Senate passed the bill 32-3 Tuesday by concurring with the House amendments.

SB 204 allows the Louisiana State Racing Commission to assign live racing dates and a minimum number of horse races per day. The bill passed 93-0 in the House on Monday.

Both bills are favored by the horse interests in Louisiana.