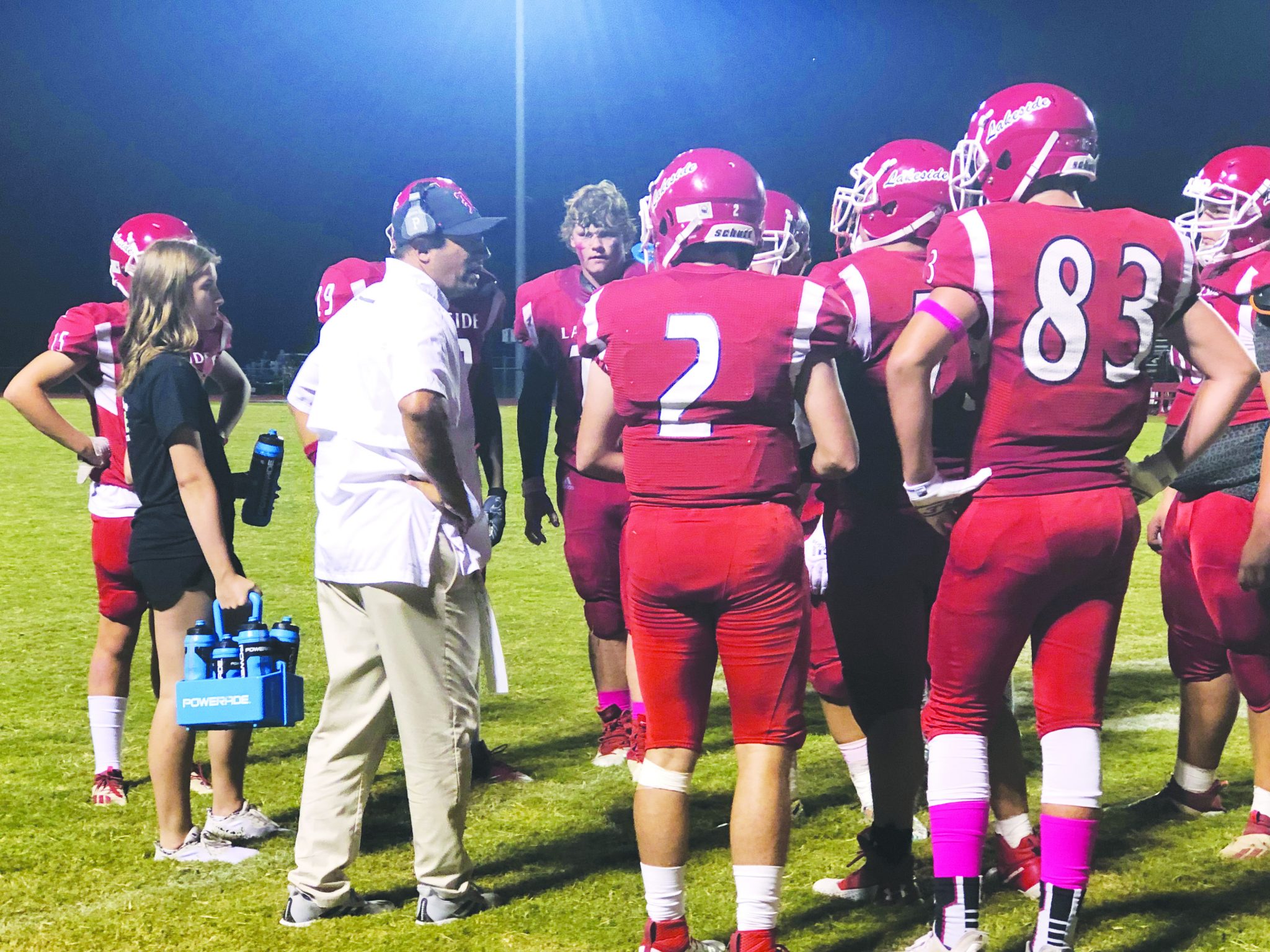 SIBLEY — Lakeside High School fought to the finish, but time wasn’t on the Warriors side as they fell at home Friday night by the score of 44-27 to the Lincoln Preparatory School Panthers.

The Warriors started strong, and finished even stronger. But by then it was simply too late as the Panthers built as much as a 30-point advantage (44-14) with 6:42 remaining.

Early on, Lakeside’s defensive front, led by Kris Redden and CJ Watt, looked to have the upper hand on the Panthers, forcing Lincoln Prep quarterback Ta’Rell Simmons to scramble throughout the contest.

And the Warriors struck first after a snap sailed high over the head of Lincoln Prep punter Emanuel Bryant’s head deep in Panther territory. Bryant scooped up the ball but Warrior Jake Wilkins forced a fumble before teammate CJ Watt scooped and scored on a 20-yard return that put Lakeside on top 7-0 at the 1:54 mark of the first quarter.

But the Panthers quickly rebounded as  Simmons scrambled and then hit running back Chauncy Harper on a 14-yard touchdown pass that cut the Warriors’ lead to 7-6 with 11:49 remaining in the first half after the point after kick attempted dinged off the right upright and then the crossbar before bouncing back toward the playing field.

The Panthers scored twice more before the second quarter ended, with Simmons scoring on a six-yard run before hitting Braylin Mayfield on a 21-yard scoring strike with nine seconds remaining in the first half to build an 18-7 lead at intermission.

Lincoln Prep quickly added to that lead to start the second half as Dmitry Payne took the opening kickoff 54-yards for a score, and the Panthers could building as much as the 44-14 advantage before Warriors quarterback Jacob Whitehead connected with Kevin Johnson on a 19-yard scoring strike to shrink the Lincoln Prep advantage to 44-20 at the 4:21 mark of the fourth quarter.

By then Lakeside coach Mike Santelices had also tried Cooper Chase at quarterback and randomly alternated the pair for much of the game.

“He’s got a little bit different skill set than the other quarterback, so that was the idea behind that,” Santelices said of Chase and the reason for putting him in the game some at quarterback. “Each one kind of brings something different to the table and we were just trying to mix it up some. But we just didn’t get it done.”

On the next Lincoln Prep snap from scrimmage, the Warriors struck again as Wilkins made his second fumble recovery of the night to set Lakeside up at the Lincoln Prep 28-yard line.

“He’s been out for three or four weeks now,” Santelices said of Wilkins, a baseball veteran for the Warriors. “Some of these new guys didn’t hit the field immediately — they had to earn their way into playing time. But at this point they’re all in the game. (Wilkins) is a good player and made a few big plays for us tonight.”

Ashton Stewart, who rushed for 159 yards and scoring scampers of 30 and eight yards, hit paydirt for the second time to cut the Panthers lead to the final score of 44-27.

Lakeside then recovered an onsides kick with 1:16 remaining but only managed one first down before turning the ball over on downs, and two kneel downs by the Panthers later the game was over.