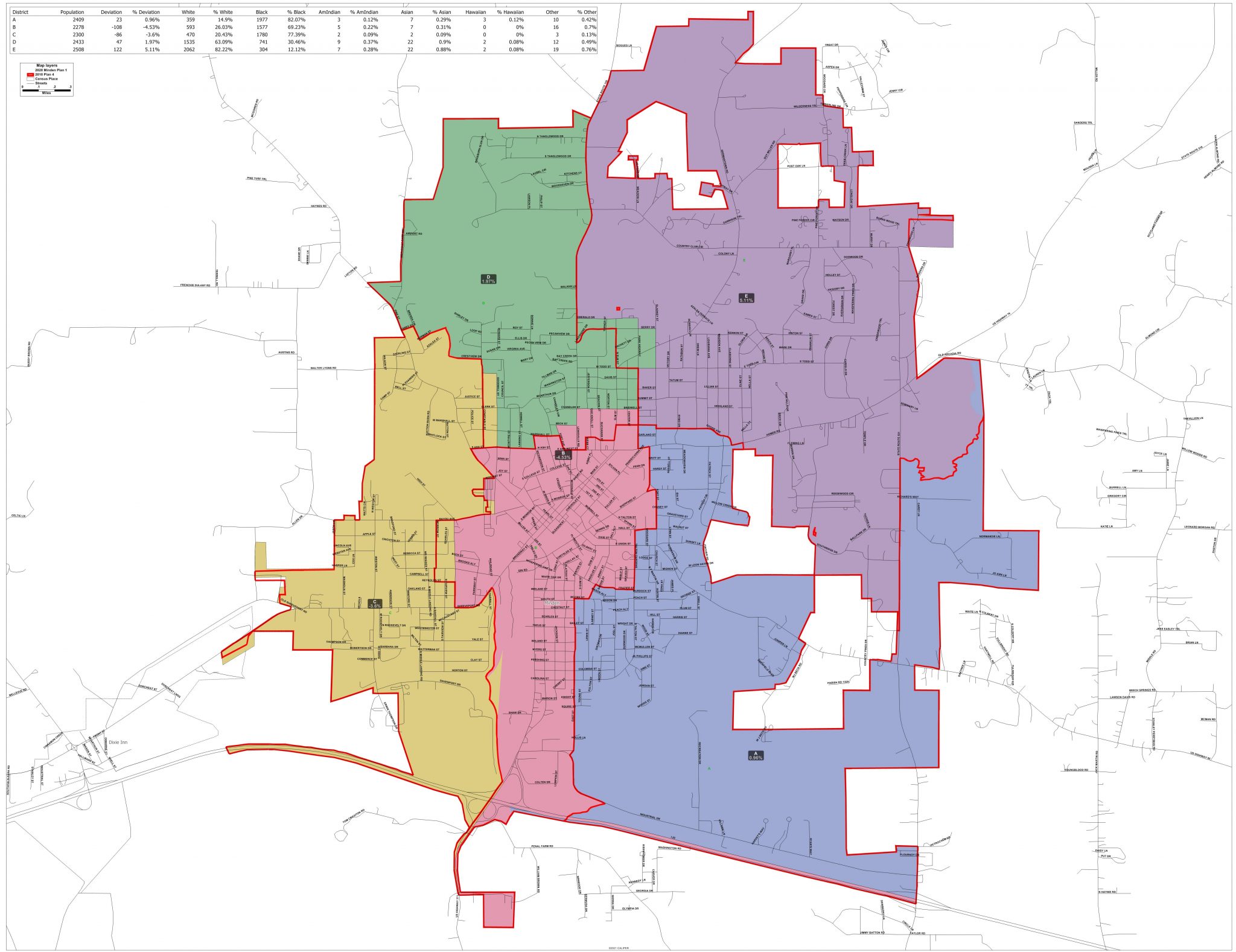 The Minden City Council met Friday morning to draw up the lines that make up the border of each one of Minden’s five districts. This process takes place once every 10 years after updated census data becomes available.

Over the course of ten years, districts tend to fluctuate in population and demographic makeup. Redistricting takes place to ensure that districts remain relatively the same in regards to these statistics.

To summarize, districts B and C lost the most population while A remained largely the same, with Districts D and E seeing the most gain.

So what does this change? As mentioned prior, these changes were enacted in order to bring each District more in line with its overall population and demographic makeup from the previous decade.

With the implementation of these changes, the change from each district is as follows.

In line with the goals of redistricting, the demographic makeup of each district remained in line with where they were a decade ago, with District D seeing the most notable change out of the districts.

Districts A, B, and C remain with an overall higher percentage of African-American residents, the specifics being 82%, 69%, and 77% respectively. District C saw a slight increase from 74% in 2010, with Districts A and B seeing a decrease from 86% and 74% in 2010 respectively.

District E also saw a statistically significant decrease in its overall Caucasion population, decreasing from 92% to 82% with the African-American population increasing from 5% in 2010 to 12%.

These changes will be implemented before the City Council Elections taking place later this year, so residents should be sure to check if they remain within their districts or have been moved into another.