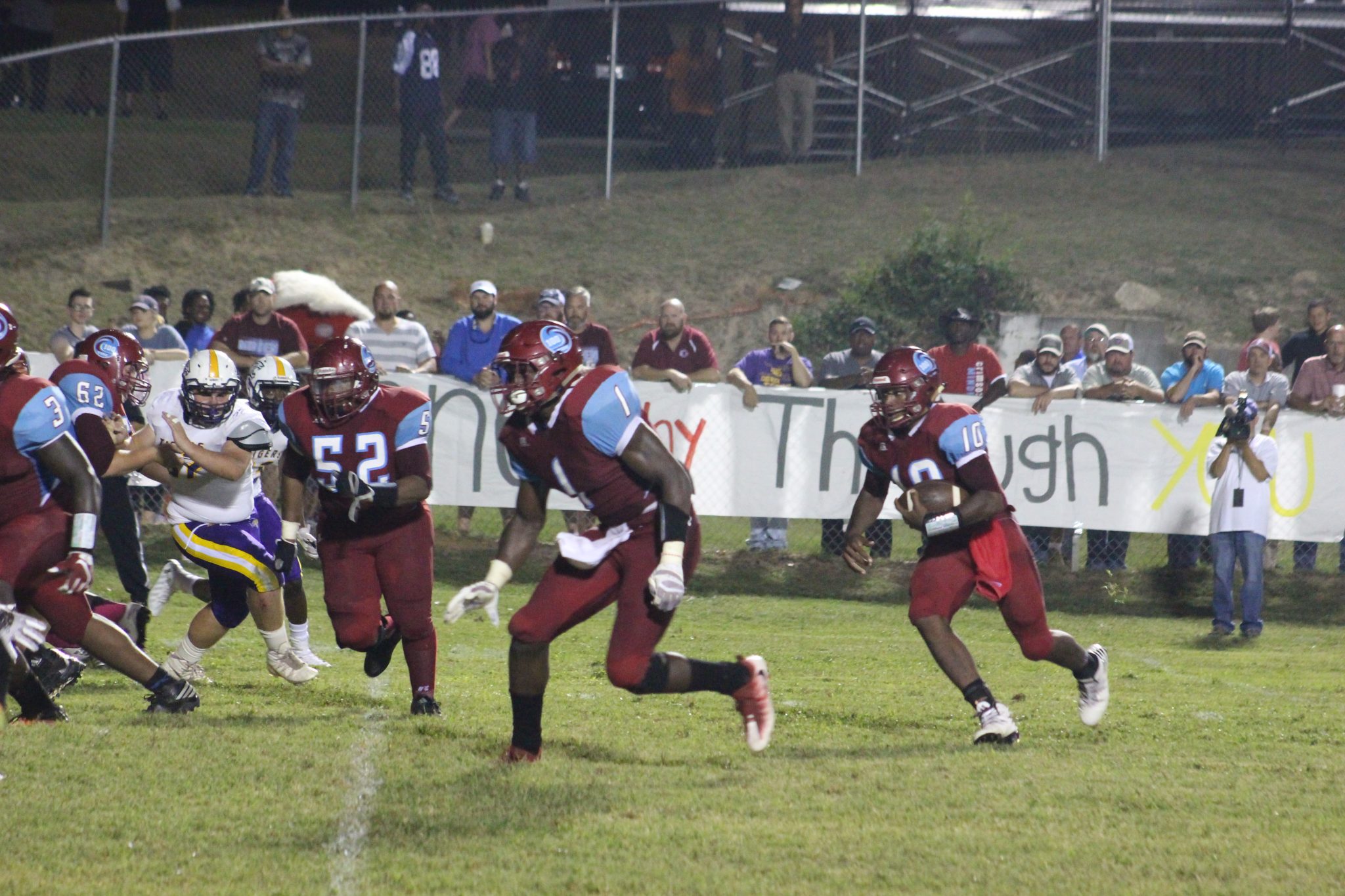 The Minden Crimson Tide have seized control of the district race in 1-4A with last week’s 42-28 victory over the Benton Tigers, but there is a long way to go.

“You have to take it one game at a time,” Minden head coach Spencer Heard said. “You really can’t get caught up in winning district. If you start looking ahead and thinking, ‘well this team or that team’s going to be tough’ then you start taking teams for granted you end up with an L or maybe a W you think you shouldn’t of had.”

Just because the Tide control their own destiny doesn’t mean their aren’t still daunting challenges ahead of this team. The Crimson Tide still have tough games to play against the North DeSoto Griffins and Woodlawn Knights.

“There are a lot of good teams in this district,” Heard said. “Every team left on the schedule has the potential to beat us. We can’t take anyone lightly. Some of them are smash mouth and come right at you, and others have more finesse. We have to be alert every week both defensively and offensively.”

The Griffins (3-3, 1-2) have struggled with an apparent identity crisis in recent weeks, splitting bruising tailback running back out at receiver too often. Conventional wisdom says Scott Abernathy will likely get back to grinding out games on the ground, and when they do, they’re as tough to stop as anybody in 1-4A.

Woodlawn is off to a blistering start, having taken down North DeSoto last week to keep their district record unblemished along with the Crimson Tide. The Knights (5-1, 3-0) have athletes at every skill spot, including quarterback, but the man who makes them go is All-City running back Trivensky Mosley.

Northwood has the potential to score quickly with a high-octane passing game, although the Falcons have had a tough go in recent weeks defensively.

The Bossier Bearkats come to town for homecoming this week, as Minden looks to improve to 7-0 on the season. The Beakats have done some massive improving themselves, coming into this week’s contest with a 3-3 record, fresh off a 41-33 district win over Northwood. These Bearkats even had an impressive loss, if there is such a thing, in a 24-20 barn-burner with the Griffins.

“They’re not a team we can afford to take lightly,” Heard said. “They run the same offense and defense they have for awhile now, but they come off the ball well on both sides right now. Looks like they have a few new kids on offense. The quarterback can keep the ball around the end pretty well on their option-type looks. He’s pretty dangerous on some of the films we have. Defensively, they’re pretty athletic. The nose guard comes off the ball well and causes problems. For us, it’s about having a good week of practice and making sure we get better this week.”