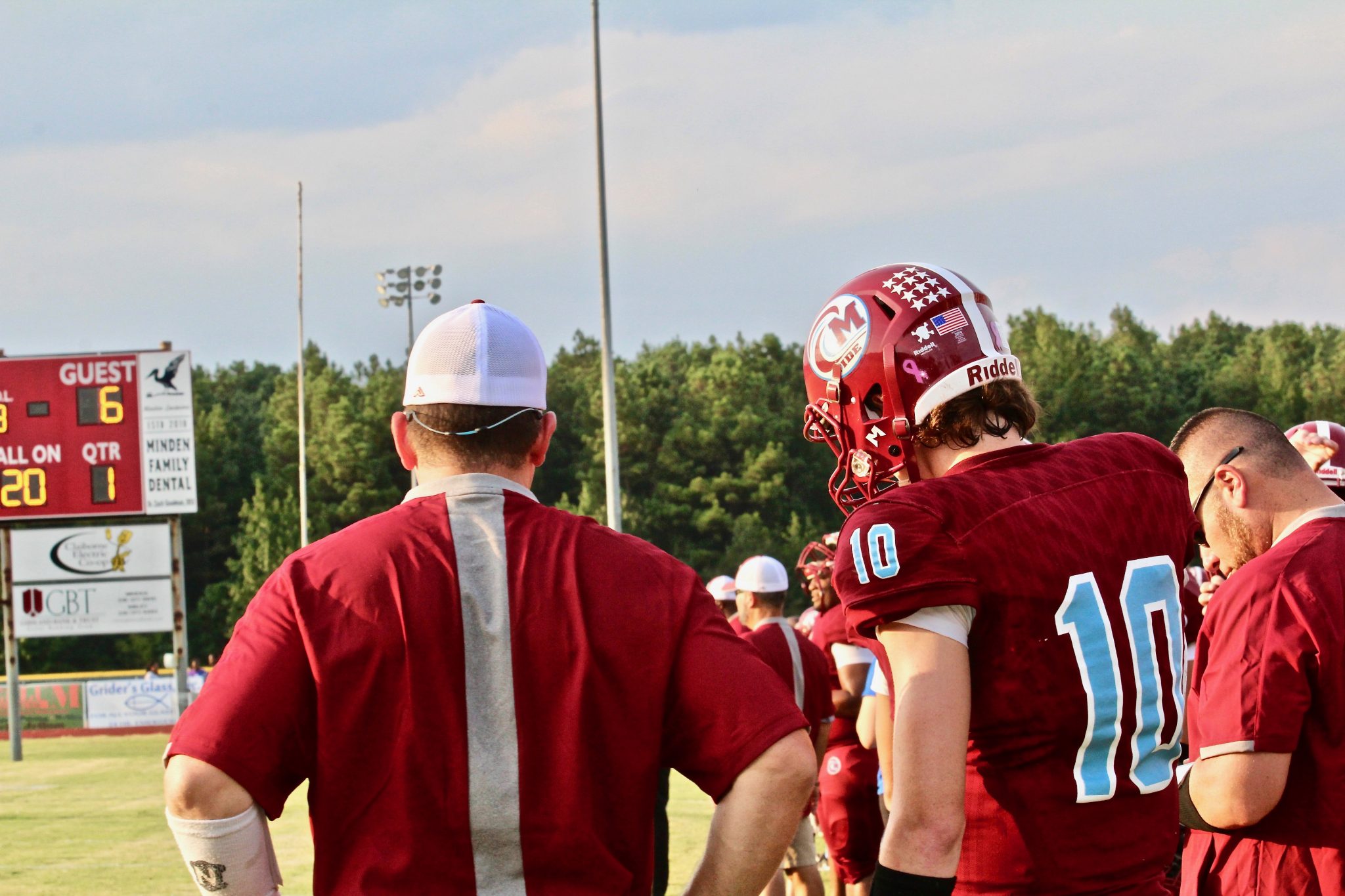 Earlier in the summer, I remember bragging to a friend about how I hadn’t been complaining about the weather as much this year.

That was in July; I may not realize how the seasons work. Summer doesn’t really start here until August, despite what school calendars and family vacations suggest.

This unbearable heat will last until Halloween. By then, we will be well into the prep football season, for better or worse.

At last week’s Pineland Jamboree, I chatted with Minden coach Spencer Heard about the brutality of this weather. We commented on how relentless the heat was, and how hard it was just to be out there, as an observer no less.

If I was worn out from taking pictures on the sideline, imagine how those players felt, in full pads and playing at the highest level. They don nearly suffocating helmets and 20 pounds of protective equipment before we send them out into the sun and scream at them for hours.

Baseball is a summer sport. It’s relaxing. Action happens in spurts. Football, on the other hand, is not meant for this type of environment. We may complain about the cold in the winter, but it’s not nearly as dangerous as this heat.

This weekend, the forecast puts the temperature well into triple digits. They could move the games to 8 p.m. or later, but that creates a whole new set of problems.

The best way to avoid this weather would be to move the season back. We don’t need summer football. High school football doesn’t need to begin before the NFL.

Ideally, football season could run from October through December. High school basketball would begin in December and end in late March, and baseball season could last through May or June. That would mean playing past graduation in some cases, but it’s a caveat that would make sense in the long run.

Football as an organized sport is facing dwindling interest. Players and parents are concerned with concussions and injury already. I predict that heat-related injuries will be the new wave of concern.

While problems posed by concussions and the physicality of the sport may be tough to solve, the issue of summer football is easy. Move the season back. Stop summer two-a-days.

Football may be the most physically exhausting sport. Let these kids play and have fun in an environment that isn’t torturous.

Until then, I bought a little fan that hooks into my phone.