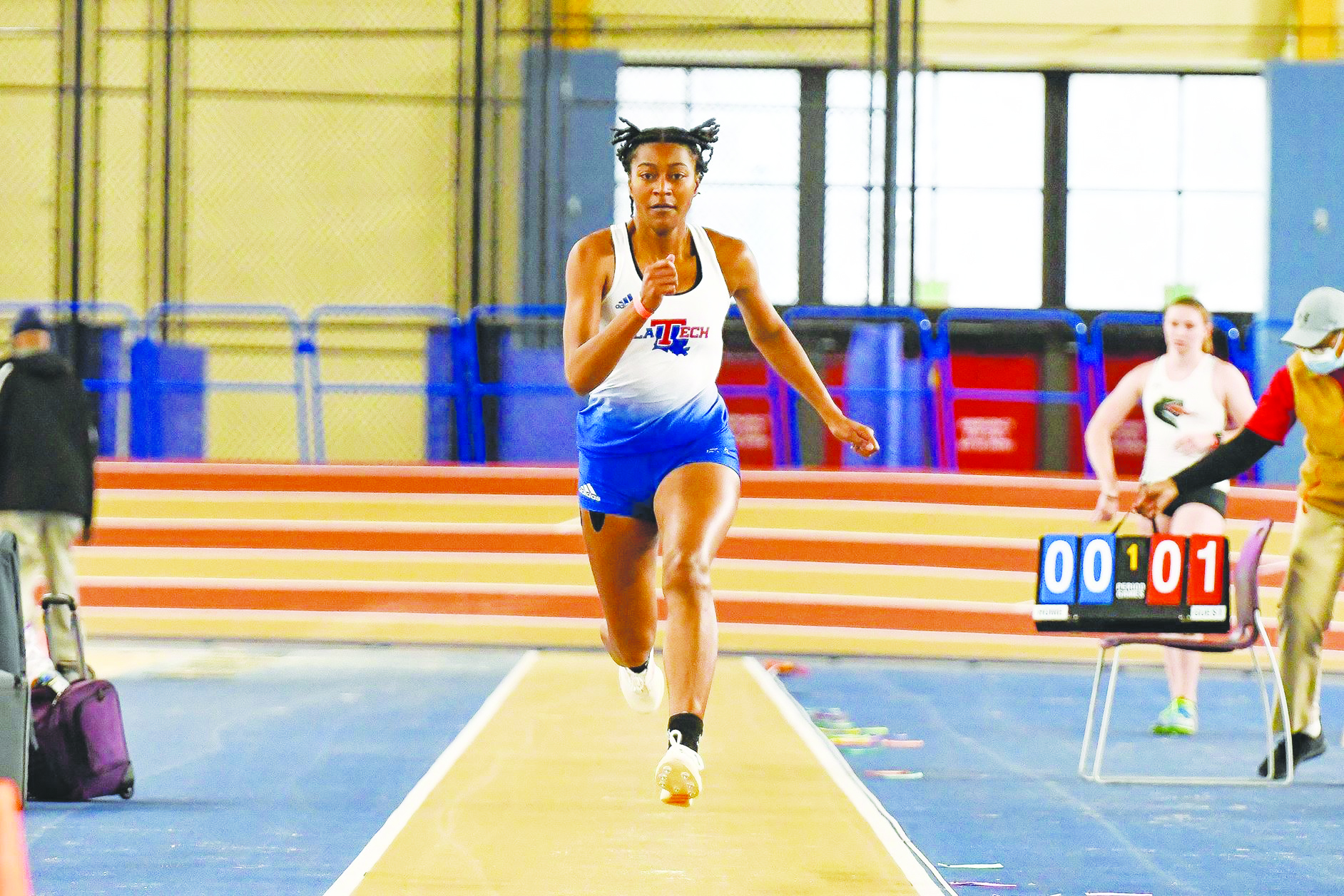 BIRMINGHAM, Ala. — The Bulldogs and Lady Techsters return to Ruston with top performances in the men’s and women’s triple jump and women’s long jump on Sunday.

Joining her on the podium, teammate Murphy Bavinga also received a second-place finish in the men’s triple jump with a jump of 14.67m.

“Maya Perry-Grimes showed up today and earned two second-place finishes, —one in the long jump and the other in the triple jump,” said LA Tech head Coach Gary Stanley. “Both the men’s and women’s 4×4 relays made several improvements, which should lead to a good attitude going into the conference meet in two weeks.”

Johnie Jean-Jacques received yet another personal record in the shot put with a throw of 17.16m. That throw earned him a fifth-place finish among the field. Including Saturday’s PR, Jean-Jacques has PRd five times during this indoor season.

On the track, sprinter Seth Boullion ran 48.68 in the 400m, which earned him a third-place finish.

Riley Killian produced another personal best for the season with a run of 5:14.69 in the mile.

The men’s and women’s 4x400m relays both ran season-bests today. The men’s team ran 3:20.18 and placed seventh place. The women’s team earned ninth place with a time of 4:07.77, shaving five seconds off the time previously run this season.

The Bulldogs and Lady Techsters will compete again in two weeks on Feb. 19-20 at the Birmingham Crossplex for the Conference USA Track and Field Championships.