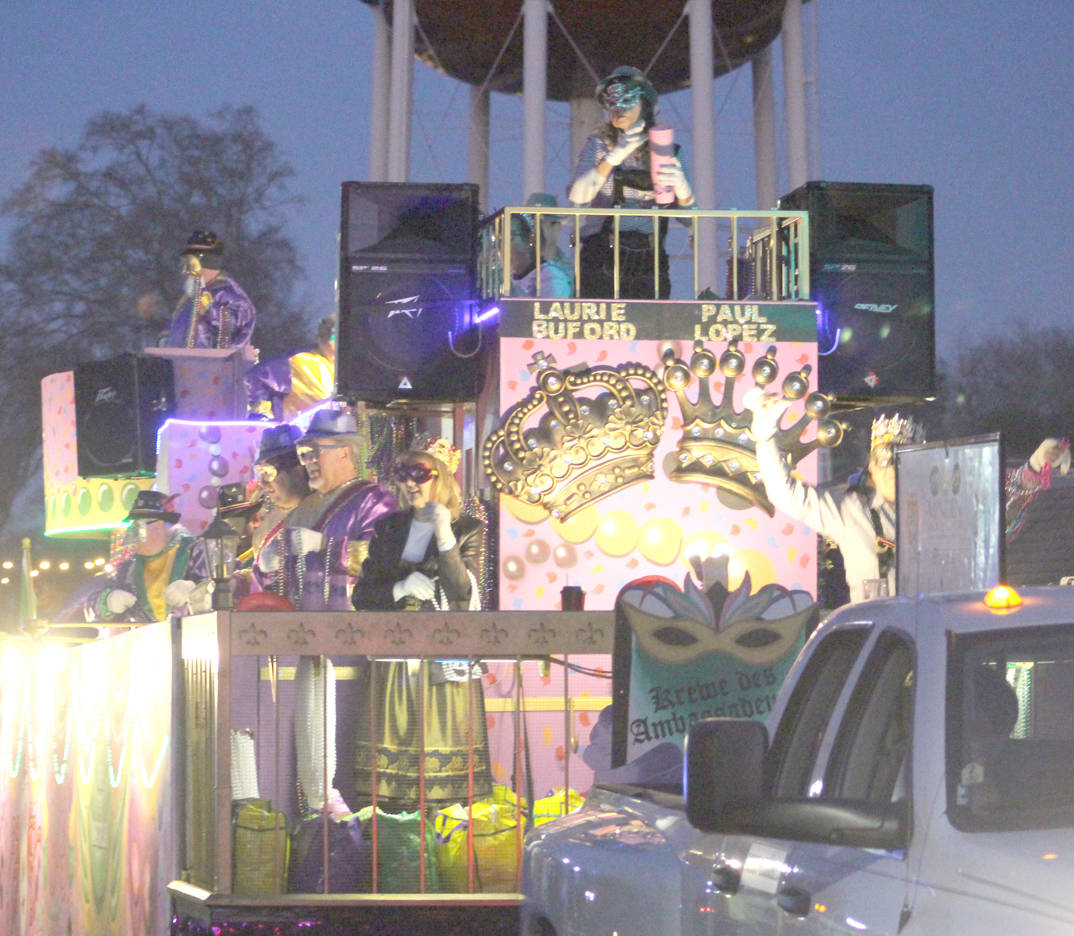 Fasching parade could reschedule due to rain Saturday

Rain threatens to drown out Minden’s Fasching/Mardi Gras parade this Saturday, but Minden Main Street has a contingency plan.

The 21st annual Minden Fasching/Mardi Gras Parade is currently scheduled to begin Saturday at 5:30 p.m. with entertainment in the downtown area starting at 3. However, the National Weather Service reports a 60 percent chance of precipitation on Saturday at the time of this writing.

Terry Gardner, president of Minden Main Street, said if the rain becomes a reality then the parade will be rescheduled to Sunday at 2 p.m. If this rescheduling becomes necessary, it would be posted on the Minden Main Street Facebook page by midmorning Saturday. The news would also be announced on KASO/KBEF radio.

“If you don’t hear anything from us, that means the parade is on as planned,” Gardner said.

Precluding the parade, Geaux Fresh downtown will be serving a special Mardi Gras Brunch from 9 a.m. to 1 p.m.

Saturday. Gardner said the brunch will take place as planned regardless of any changes to the parade schedule.

The parade will cover a 3.3-mile route beginning at Elm street/Germantown Road and winding through the historic district, downtown, and ending back at Germantown Road.

To keep updated on the state of the parade, watch the Minden Main Street Facebook page. For more information on the weekend’s events, call Becky White 377-2144 or Terry Gardner at 453-9440.