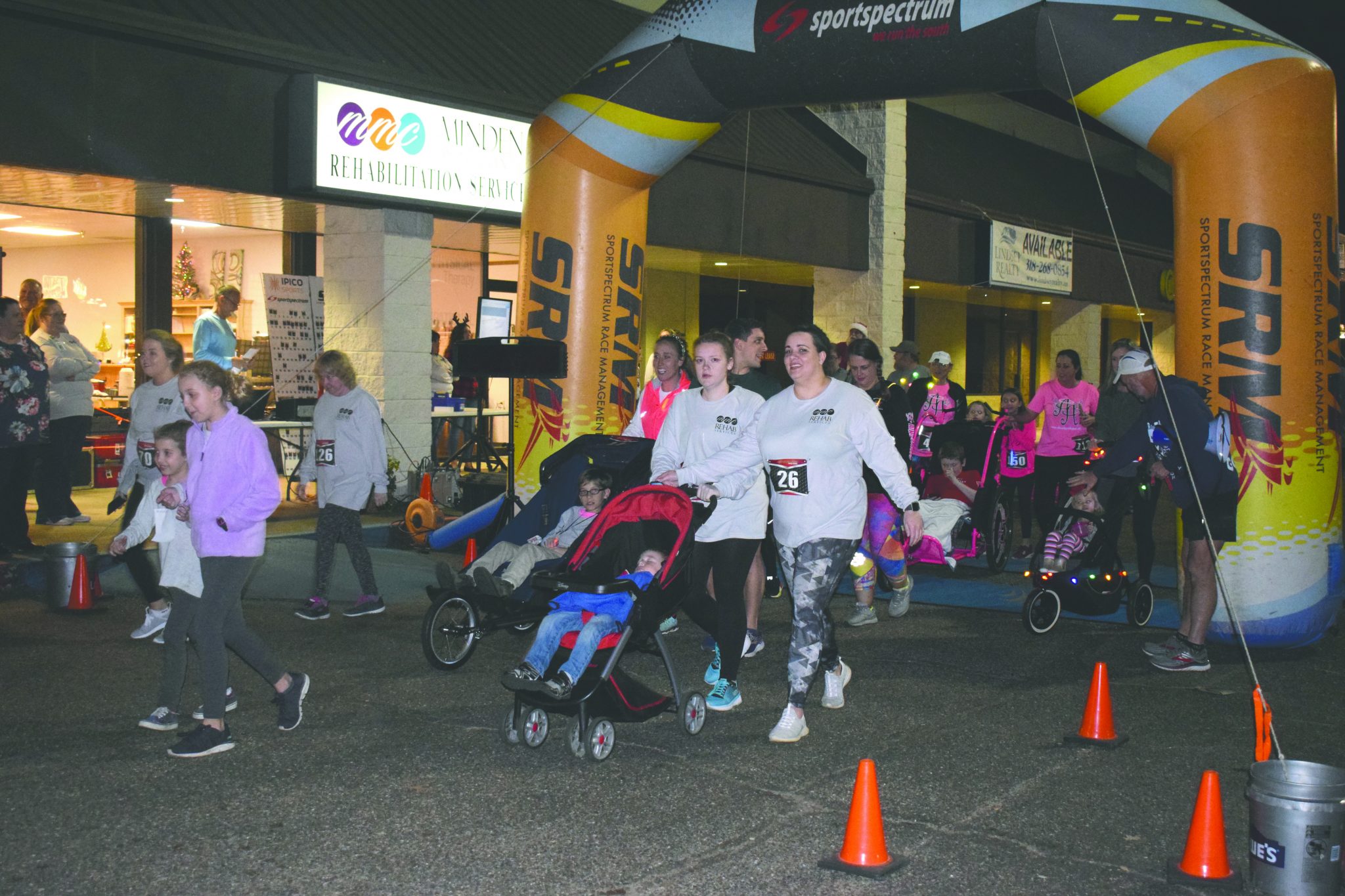 Minden Medical Center Rehab Department held their Annual Rehab Reindeer Run Friday evening in front of MMC Physical Therapy. The path that runners took was one that ran through the Ridgewood neighborhood where houses were lit up with lights to show off their Christmas spirit.

“These events are great to get the community together and involved as they learn more about the rehab services while having fun at Christmas,” said Lauren Davidson, Marketing Coordinator for Minden Medical Center.

The group of runners were shining bright that night, with plenty of the runners dawning lit up necklaces, glow sticks, and other things to brighten up the night. Santa Claus even took the time to make an appearance and take part in the Christmas cheer.

The runners weren’t the only things lit up that evening either. “As they ran through the neighborhoods, all the houses are decorated and the whole neighborhood is lit up,” said Trisha Smith, Director of Physician Relations at Minden Medical Center.

After the run, the participants were able to enjoy an afterparty including multiple types of chili, hot chocolate, music, and a photo booth. At the event, they were also taking toy and book donations for Civitan Santa. These gifts will be distributed with the help of the Sheriff’s department to local less fortunate families so that they get a Merry Christmas morning.

“This event brings not only the Minden Medical Center family but also the community together during Christmas time, and at the same time we can use the event to give back to other people,” said Davidson.