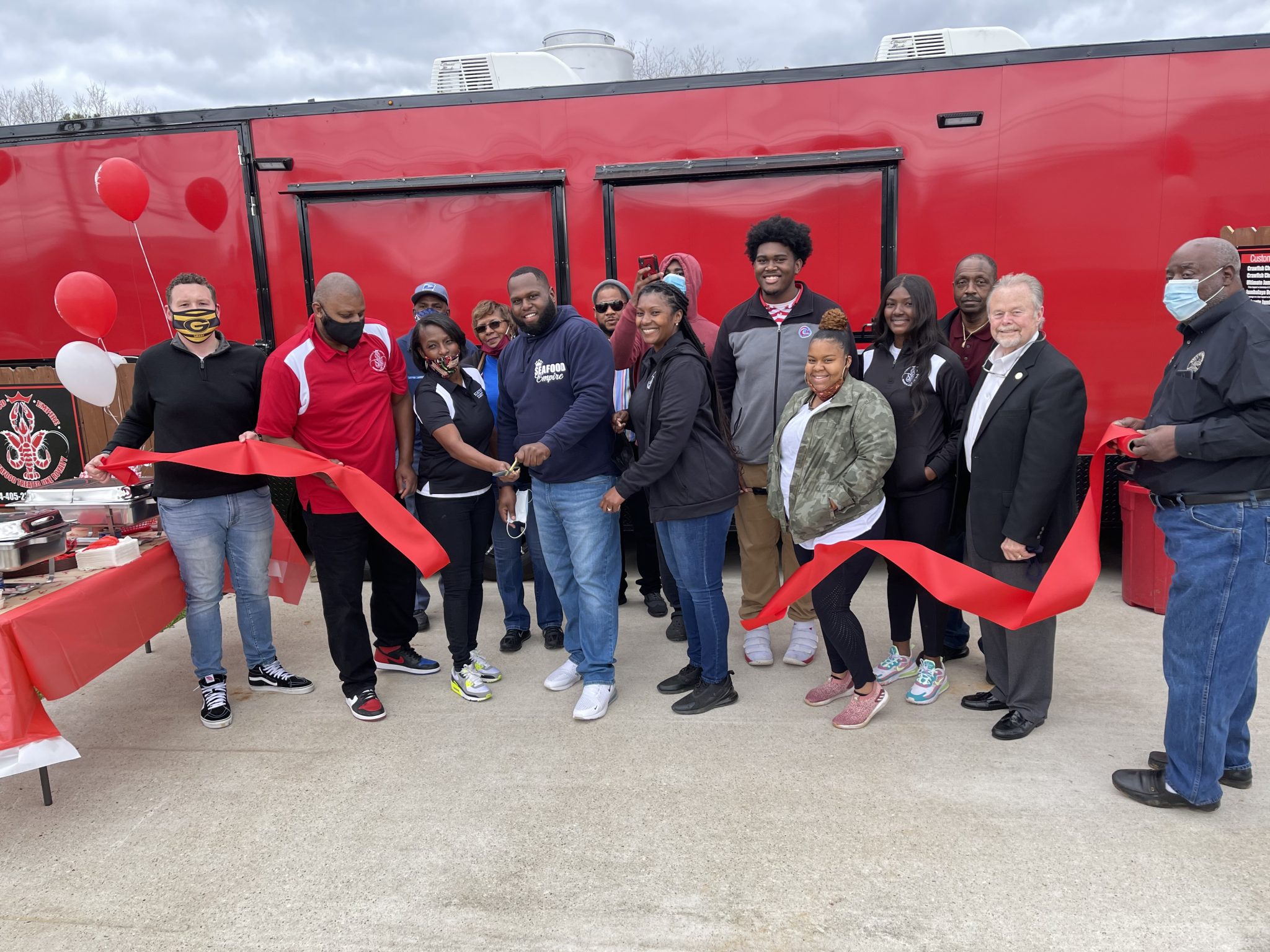 Seafood Empire made quite the upgrade for their business with the purchase of a new trailer to house their business. This investment was the final purchase after a list of upgrades that the Seafood Empire team made in order to ensure that when they got the trailer, it would have everything that they needed. Minden’s Economic Development Department held a ribbon cutting to celebrate the occasion with them.

“The last piece of the pie was this trailer. We’ve been building every year consistently to this point so we can get the trailer, and have it be the last thing that we needed. We didn’t want to buy the trailer and then still need all of these other things. So it’s kind of been a strategic thing, you know, to kind of piece this thing together. And now you see what we have here,” said owner Carlton “Buddy” Myles.

Having achieved this milestone, Myles also took the time to reflect back on their humble beginnings, showing how far his business has come over the years.

“Originally, we were going to go the fresh seafood route. That’s kind of how it started. I would sit here in the same location, I would pop up a tent, and I would sell fresh shrimp. So from that, we kind of thought like, how can we get more footsteps? Right. So the only way to get more footsteps was to start boiling the shrimp. So once we start boiling shrimp, more people start coming and they start asking for other things, and it kind of spiraled out of control from there into what you see here,” said Myles.

He also spoke of the special place that East Union held in his heart, stating that being located on the street, the same street where they started, and serving the same community is very important to him.

“We don’t want to move. Like I said, we love our community, we love East Union. It’s been a part of my childhood. I’ve been driving up and down this road all my life, you know, so we just want to bring something back to the community and stay close to where we are now.”