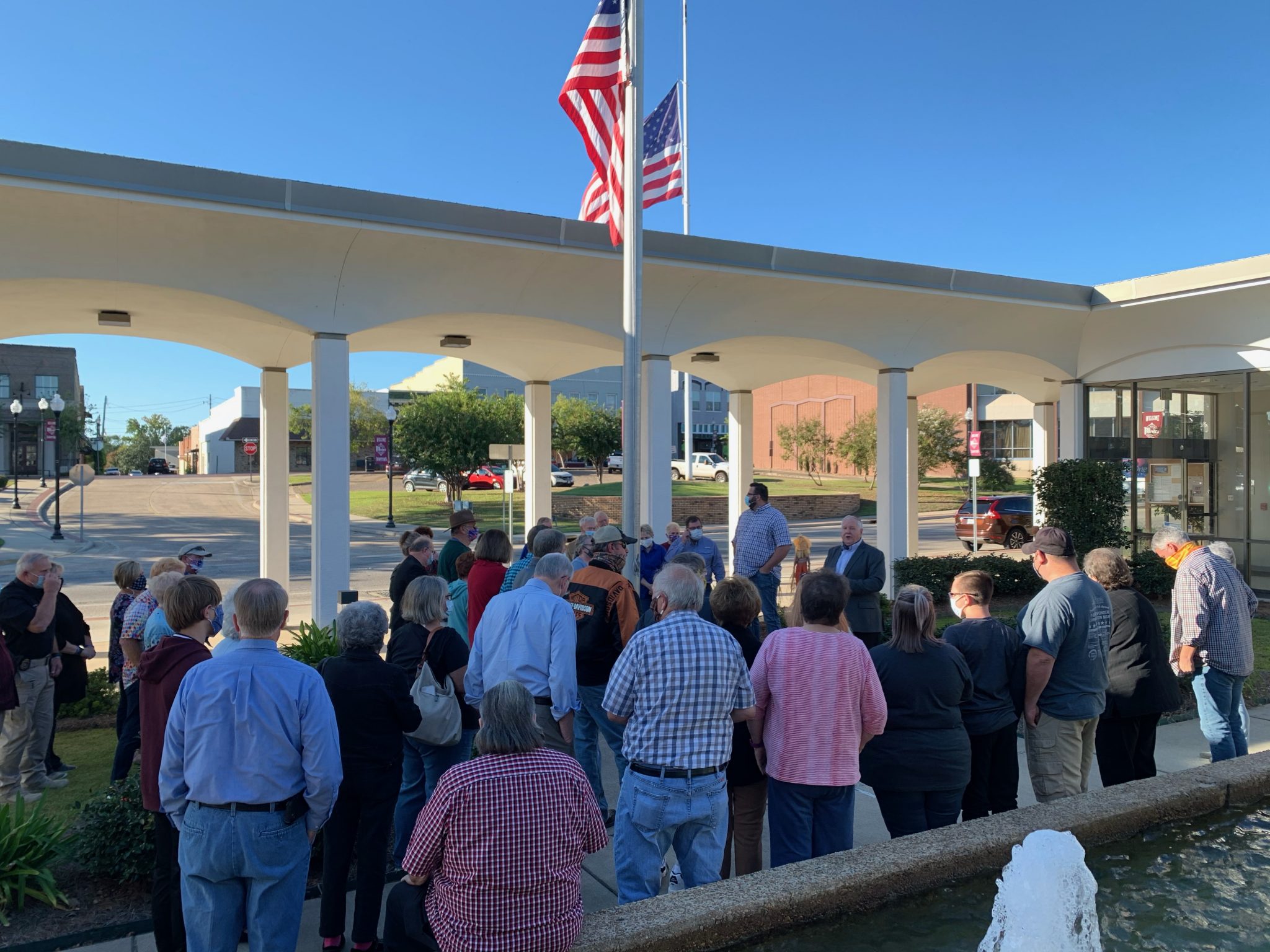 The Minden City Council Regular Session took place Monday evening and was a relatively seamless affair. The meeting in its entirety only lasted about 15 minutes. The Mayor and Council were able to quickly work their way down the agenda with most items passing unanimously.

Before the meeting began there was prayer held by local religious leaders and countless citizens taking place outside of City Hall around the flagpole. Perhaps the lack of conflict that ensued in the following meeting can be a sign that their prayers were answered.

The only items where there was some variation in the vote was the adoption of the minutes for the Council’s previous meetings in August and September. The August 11 Special Session passed with two in favor, Councilmen Wayne Edwards of Dist. A and Pam Bloxom of Dist E, and 1 opposed, Councilman Vincen Bradford of Dist. C.

Councilman Terika Williams-Walker was not present for the previously mentioned item, but was present for the remaining item. The votes for adopting the minutes of the Sept. 8 Regular Session and Sept. 30 Special Session had to have their tie broken by Mayor Terry Gardner.

These two items had their votes split between the Councilmen, Bloxom and Edwards being in favor and Bradford and Walker being opposed. While there was time for discussion, neither of the Councilmen who opposed adopting the minutes of the meetings gave their reasoning for doing so. The tie was broken by Mayor Gardner who voted in favor of adopting the meeting minutes.

After taking care of a few more items of city business. The Mayor and Council dove into comments. Councilman Walker chose to use her comment to remind people to continue to take proper precautions in reducing the spread of COVID-19. “I will say, although we are in Phase 3, if everyone would just continue to wear their masks and social distance.”On a similar note, Mayor Gardner provided the update that the City would not be restricting citizens from taking part in trick-or-treating this year.

“The question everyday that I have from young people and parents is if we’re having Halloween. I’ve talked to several of the Council members and I think we’re in agreement that we’re going to let that be the decision of the parents. If you want to take your children trick or treating, I suggest that you mask them up and be as cautious as you can,” said Gardner.

“The CDC says that this is a risky event, so that’s their recommendation. Homeowners, if you don’t want to participate in trick or treating, don’t turn your porch light on.”

He also reminded parents to make sure to check all the candy that their kids bring home before they let the kids consume it.