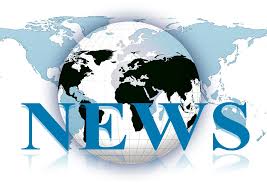 HB430 would have given commission authority over aquifer

BATON ROUGE — A bill that would have given a volunteer commission management authority over the Sparta Aquifer is effectively dead for the current legislative session.

The House Natural Resources Committee has tabled HB 430, authored by Rep. Rob Shadoin, R-Ruston, at Shadoin’s request. The bill would have given the Sparta Groundwater Commission the ability to charge users who draw water directly from the aquifer.

“The bill has been parked,” Shadoin said Friday. “My intent is I’m not going to schedule it to be heard. Since I am the author, I have the discretion of moving the bill or not and I do not plan to move it at all.”

Shadoin’s action came after he and groundwater commission leaders encountered increasing questions about and opposition to the bill. Shadoin said he received no calls in support of the bill.

“We’re going to have to go back to the drawing board, see how we want to get people engaged and involved and give them an opportunity to be part of the solution,” he said.

The Sparta is the water source for 16 north Louisiana parishes, including Lincoln. Historically, water has been pumped out of the aquifer faster than nature can refill it.

Though conservation efforts have helped slow that trend, aquifer advocates say even a sustainable level leaves no room for economic growth. Part of the impetus behind the idea of allowing the aquifer commission to assess user fees was that most of the money would be used for additional conservation efforts.

Groundwater commission Chairman Zack Spivey said he began to rethink the bill when asked about an appointed body potentially having the authority to levy and collect fees.

“The legislation needed some additional work,” Spivey said. “We’re going to have to go back and see what we want to do.”

But both Shadoin and groundwater commission Executive Director Lindsay Gouedy said the turn of events isn’t all bad.
“The Sparta Groundwater Commission has always been and will continue to be dedicated to the long-term preservation of the aquifer,” Gouedy said. “We want this to be a regional solution. Over the next year we really want to encourage folks to come to the table with us.”

The confusion that surfaced over the intent of the bill has opened the opportunity have new and more conversations about water, Gouedy said.

“The silver lining is it took something like this to get people focused,” Shadoin said.

Gouedy said the next step for the commission is to begin talking to city councils, police juries and business leaders in the Sparta parishes seeking solutions “to make it work for all of us.”