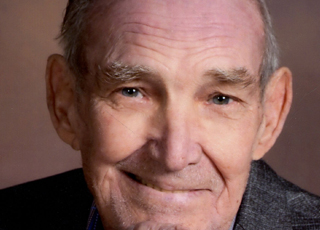 Talmadge Palmer (Pete) Adcock, age 82, of Minden, went to be with his Lord at his home on July 28, 2016 surrounded by his family after a long battle with pancreatic cancer. His devotion to his family and his firm belief in God supported him in his struggle and ultimately gave him peace.

He was preceded in death by his father Chalmer Adcox, his mother Hattie Grantham Adcox, and his brothers Joe Adcox and Cecil Adcox all of Rayville.

He was a loving husband, father and grandfather and leaves behind to cherish his memory his wife of 60 years, Mildred Guthrie Adcock; his daughter, Cindy Adcock Bertrand and husband Steve of Jonesport, Maine; his son, Keith Adcock and wife Dawna of Minden; three grandchildren, Rachel Adcock, Anna Adcock Puckett and husband Ryan of Minden, and Andrew Bertrand of Jonesport, Maine. He is also survived by brothers-in-law Joe Guthrie and wife Norma, John Guthrie Jr. and wife Shirley of Minden, sisters-in-law Beth Whitehead and husband Jim of Natchitoches, Minnie Adcox and Ray Adcox of Rayville and many nephews, nieces and other relatives and close friends.

Pete was born in Mangham and raised in Rayville. He and his brothers grew up picking cotton on a family farm and growing vegetables to sell “in town.” Pete never lost the love for his home place and often shared cherished stories of living on the farm with his family.
Pete left the cotton field and served over 26 years in the United States Marine Corps, serving two combat tours in Vietnam and one in Korea. He was awarded the Bronze Medal with combat “V”, Navy and Marine Corps Medal with combat “V”, combat action ribbon and multiple campaigns medals and awards. Pete rose to the rank of Master Gunnery Sergeant (E-9). With a love for sports and hoping to encourage and keep the young troops out of trouble on weekends, he coached teams of his Marines to championships in baseball, basketball, football and boxing against local teams and different branches of the military.

Leading Marines defined Pete’s life and after retirement, he continued to live a life devoted to others.

Pete was a successful businessman operating Pete’s Dairy Cream of Rayville and Louisiana Fried Chicken of Minden. for many years. Countless times Pete and Maxine would give from their hearts to those needing a little extra help.

He was a faithful member of the First Pentecostal Church of Minden, a devoted member of the “The Lodge” and Alfa House and served 14 years with the Meadowview Beauty Shop Volunteers. He loved his friends and gave of himself willingly. Pete will always be remembered for his wit and his passion for talking about politics and sports.
Pete lived the Marine Corps motto of Semper Fidelis, “Always Faithful.” He will be greatly missed by all who knew and loved him.
A celebration of his life will be held on Sunday, July 31, 2016 at 2 p.m. at First Pentecostal Church located at 612 Highway 531 in Minden with the Rev. Jeff Ramsey, the Rev. Steve Bertrand, and Chaplain (MAJ) Keith Adcock officiating. Burial will follow at Gardens of Memory in Minden. Pallbearers honored to serve will be Andrew Bertrand, Tommy Wooten, Jim Berry, Harold Weaver, John Moore, Junior Guthrie and Randy Potter. Honorary Pallbearers are Bill Lemons, Tom Lovelace and Joe Guthrie. A viewing and visitation with the family will be from 5 until 8 p.m. Saturday, July 30, 2016.
The family would like to thank Christus Hospice and specifically Stephanie, Judi, Debbie, Latasha, Michelle, Aaron, Cheri and Crystal for their incredible kindness and care during these last few months.