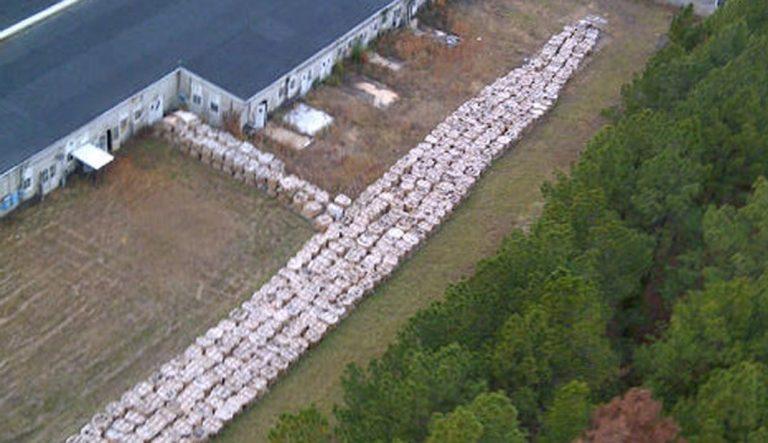 NEW ORLEANS (AP) — Three of the men who pleaded guilty in connection with what a prosecutor called the nation’s worst dumping of explosives still owe substantial restitution — one for nearly all of the $34.8 million he was ordered to pay, federal prosecutors say. Two others have paid all they were assessed.

Explo Systems had an $8.7 million Army contract to “demilitarize” more than 1.3 million artillery charges and safely store and get rid of the components. The company went under in 2013, leaving 7,800 tons (7,100 metric tons) of M6 artillery propellant and 160 tons (145 metric tons) of igniter, much of it outdoors or otherwise stored unsafely. It all had to be moved safely to bunkers.

Then, after years of debating how to get rid of the M6 and other materials, the National Guard hired Explosive Service International of Baton Rouge for $32 million to design a chamber to capture any pollution and to burn the materials.

U.S. District Judge Elizabeth Foote ordered the five in 2018 to pay a total of $35.4 million, which includes the cost of the contract. Smith, one of the company’s two owners, was ordered to pay nearly $34.8 million. He has paid about $11,000, Vicki Chance, spokeswoman for the U.S. attorney’s office in Shreveport, said in an email Tuesday.

Foote signed garnishment papers on Monday for Callihan’s pension account and for his community interest in his wife’s 401(k) account, with the money to go toward his $197,000 remaining debt, online court records show. He also has paid nearly $11,000, with most of it coming from Social Security, Chance said

Sentenced in December 2018 to four years and seven months in prison, Smith was released Jan. 14, according to the U.S. Bureau of Prisons website. He had been on home detention in Johnson City, Tennessee, since February 2021 under the first COVID-19 relief bill, court documents show.

In March 2021, prosecutors asked for information about his property, business interests and bank accounts, saying he had paid $400 before sentencing and nothing since.

Koons and Lampkin had pleaded guilty before Fincher’s death. Callihan and Wright did so before the rescheduled trial date.