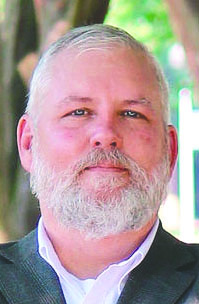 Ryan Trundle, Democratic candidate for the 4th District seat in Congress, will set the direction for his campaign in a kick-off event at 846 Texas Ave on Sat, June 16, 6 p.m. to 9 p.m.

“I won’t be accepting money from super PACs or corporations” said Trundle. “It’s time for the people to have a voice in Congress.”
A graduate of the University of Wyoming and a resident of Caddo Parish for 20 years, Trundle says “I have been fighting for people and the environment my whole life as an activist, community organizer and volunteer.”

“The first step to fixing the corrupt political system is to remove big money special interests, which is why I won’t be accepting money or support from super PACs or corporations. The next step is to create a government that works for all of us, not just the wealthy, with fair common sense policies. I need your help to do this, please volunteer, donate and most importantly vote. It’s not a democracy without you.”

Among his issues are campaign finance reform, single payer health care, net neutrality and enforcement of the Sherman and Clayton Antitrust Acts. He has spoken forcefully on wage increases for the working people as well as job growth.