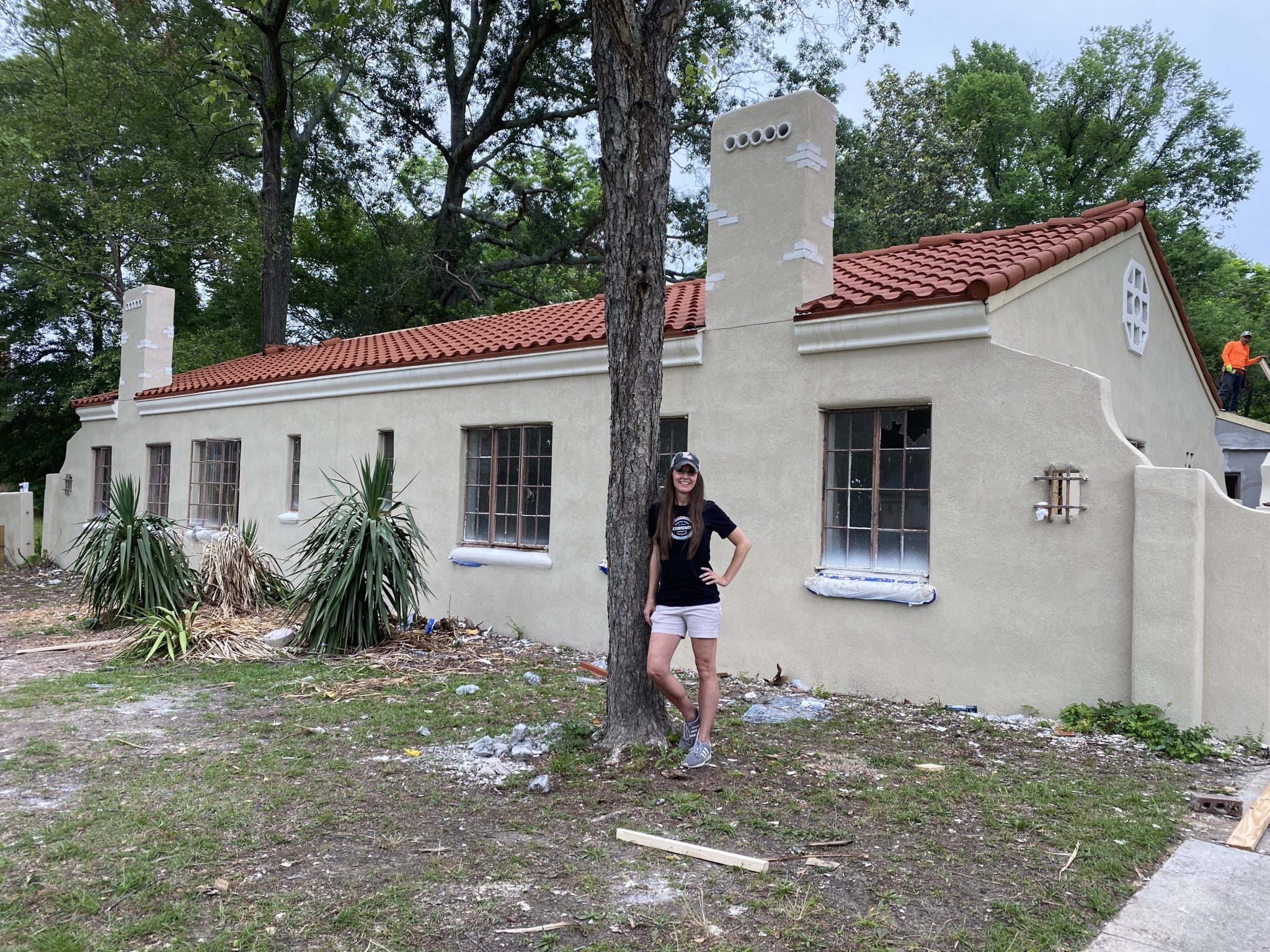 The villas, located on Union Street near Minden High, were built around 1931 by F.C. McClanahan. “At the time, they were the most state of the art apartments in the state of Louisiana,” said McDaniel. They fell into disuse in the 1980s and have sat vacant ever since.

The villas are comprised of three buildings. The first building, nearest the street, contains two apartments that each have one bedroom and one bathroom. In each of the remaining buildings are three efficiency apartments.

Because these buildings have been vacant for about 40 years, a huge amount of work is required to bring them back to life. “It had asbestos, lead paint, there was a lot of termite damage, so we had to rebuild the studs,” said McDaniel. “That’s one reason why this is so expensive, because you have to remediate the right way.”

McDaniel spoke about some of the remediation: “All the cabinets have to come out — all the woodwork — because they have lead paint. I’m working with Webster Door & Millwork, and they’re rebuilding all the telephone nooks, all the mantels, all the wood features. And they’re doing all the cabinets and everything. I have amazing local contractors that I’m working with on everything.”

While the goal is to keep as many historic and architectural features as possible, each finished apartment will have its own themed decor. “Each one is going to look different,” said McDaniel. “For the first unit we’re working with Laura Ashley — Laura Ashley is going to provide the wallpaper and the furnishings. It’ll be very feminine and girly. And then the second one is going to be more like ‘50s retro — so lots of jadeite. And some of the things will be the same — consistent throughout — but the decor will be different in each one.”

McDaniel plans to refinish the existing bathtubs, but also plans to add showers. She is attempting to save all the beautiful tile work that has survived for almost a century in the kitchens and bathrooms of these homes. She will also be adding small patios to each unit. This will certainly be a project to watch.

And Minden residents are not the only ones who will get to enjoy watching the progress of this major remodeling; Cottages & Bungalows magazine and American Farmhouse Style magazine are both using the Villas at Spanish Court as their project house this year. “This is their project house for 2022,” said McDaniel. “It is in every issue of their magazines this year. And they’re documenting the process and also promoting Minden. They’re telling everyone about our town and how wonderful it is, so hopefully people will want to come and stay.”

McDaniel plans to use these as furnished short-term rentals, so anyone who would like to lease one for a few days or weeks would have a beautiful, comfortable home within walking distance of downtown Minden. Proposed rental prices are not yet known. With current supply chain issues and other economic factors, the price will depend on the final budget and the market at that time.